The Midwest, its downfall, and how it can rise atop the pile again. 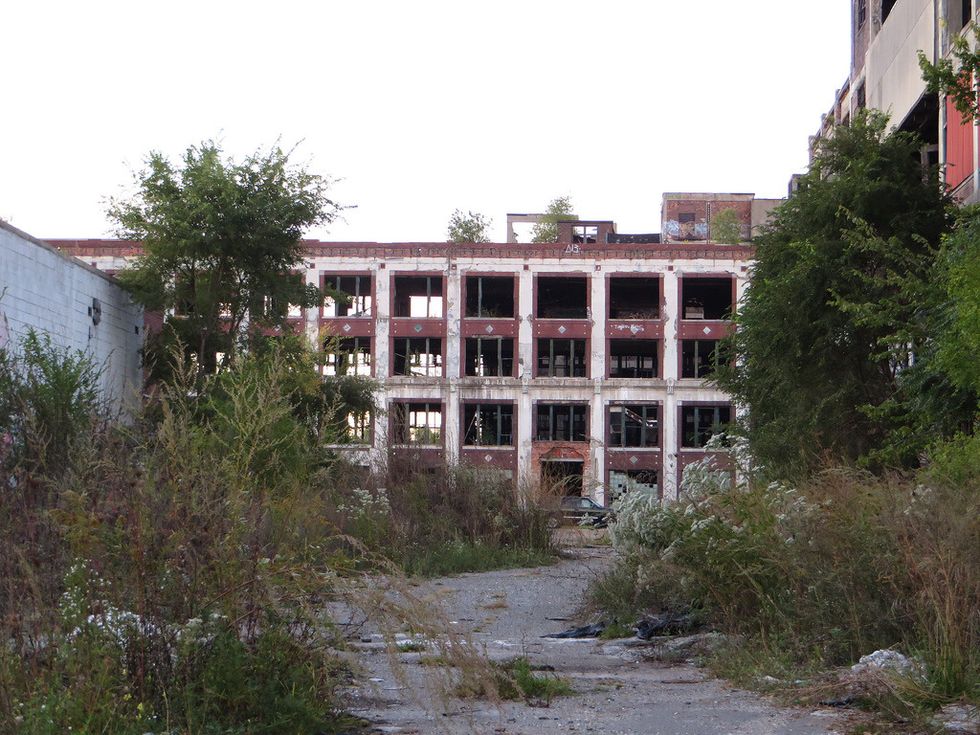 "You know what the Midwest is? Young and restless." Kanye West once uttered those words to describe his environment in Chicago, but it almost feels like that could be applied to most, if not all, of the Midwest; young in age and restless in desire for change. A place once filled with burgeoning manufacturing industries, innovation, and unabated prosperity, now left behind by them and forced to ponder what can bring them back to glory and relevance nationally.

From Detroit and the automobile industry to Youngstown, Ohio and the steel industry, many cities and states have been left in ruins, as the rest of the industries that endeared themselves to the populace slowly departed for new lands. Cleveland? Down nearly 2/3 of its peak population. St. Louis has lost the greatest number of citizens as a percentage of its population since 1950. Detroit, the city on a hill, has lost one million since the 50's. Walter Mondale described this area as the "Rust Bowl," which would evolve into the Rust Belt, which comprises so much of the Midwest. The question is; what got us here?

First, let's define the Rust Belt, since it isn't the most well-defined phrase. Though used in a more derisive context, it is usually defined as the area from western New York (Buffalo) out to, St. Louis, Missouri and Iowa out west. This includes nearly, if not all, of the Midwest. This area used to be the engine of the country's economy; U.S. Steel, AK Steel, GM, Ford, Chrysler, and others called this area home, and many still do. This brought in a plethora of immigrants from overseas, as well as African-Americans (the Great Migration) who sought a better life away from the oppressive Jim Crow south.

This hodgepodge of individuals didn't work in harmony consistently (more on that later), but they certainly contributed to the economic boom that would define the area for decades to come. The area became defined not only by its industry, but the ethnic heterogeneity. The area prospered; at the 1950 Census, the following cities were in the top 20 cities by population; Detroit, Cleveland, St. Louis, Pittsburgh, Milwaukee, Buffalo, and Cincinnati. This is not even including cities such as Baltimore. Other small cities, such as Galesburg, Illinois, (Maytag Factory), Burlington, Iowa, and Youngstown, Ohio thrived as a result of their respective industries. To put it concisely, the area thrived. However, it was not to last.

There were many, many factors that led to this precipitous decline that continues today. Some of them are unique to cities, while others are more general. One of the most obvious phenomenon observed? Redlining, or the denial of services to African-Americans. This included loans, insurance, healthcare, and even access to supermarkets. This led many African-Americans to abandon their neighborhoods as businesses were unable to thrive, leading to lower population densities and shelters for those seeking to trade drugs and commit crimes and leaving those who stayed in dangerous conditions (this still happens today, FYI). There was also blockbusting, which was inherently linked to white-flight; white homeowners were encouraged to sell their homes at a loss because of the amount of black people moving in depressing their property values, and then proceeded to sell the properties to black people moving into the area at a mark-up, causing them to lose their money. This was fueled by white flight, where white citizens fled for the suburbs, removing a significant tax-base for the cities.

This doesn't even begin to touch on how cities lost industry to not only the suburbs, but other countries. A sad beginning to the decline to come.

And now, here we are. There are many ways this could be solved, one would hope. Though the cities would never decline enough to where they could disappear, losing a city as a key economic hub is damaging. Where does it all stem from? Loss of industry. So the question becomes this: what can we do here in the Rust Belt to bring jobs back? For some, it is easy; just spend what is invested. Dan Gilbert bought up much of downtown Detroit and renovated it, attracting people from out of state, which has actually led to people coming back to Detroit (per Census estimates, but still down from 2010).

Pittsburgh has oriented itself as a tech hub, which has slowed the decline. The problem is that most of these benefits, while benefiting the central business district and raising the prices in these areas, have not been passed along to poorer individuals in these cities. Many of the city services still have not improved for these individuals not living in the city center.

How do we pass along benefits not only to them, but also the smaller cities, such as Kenosha, Wisconsin? There are some proposals. Some involve grants being allocated to states that build environments conducive to start-ups. Others place immigrants in these particular cities for innovation's sake (similar to how refugees are placed). Some require the changing of the manufacturing still present; looking ahead to new technologies and building. Whatever it is, there has to be a solution somewhere.

I am a Rust Belt kid. I have essentially been one my entire life; I spent my years in a suburb tucked in between Dayton and Cincinnati, in a steel town called Middletown, before moving to St. Louis. While rugged, and not always aesthetically pleasing, this region is my home. These are the people I grew up with, the people that provided me with hope that the Rust Belt could cease rusting and somehow be restored. These people inspired me to write this. Not just to reverse the decline, but to bring back prosperity to people who live in the big and small cities, whether it be Detroit or Galesburg, Cleveland or Youngstown.

We will be back someday.