Explore the strange and unnatural in the Great Lakes State. 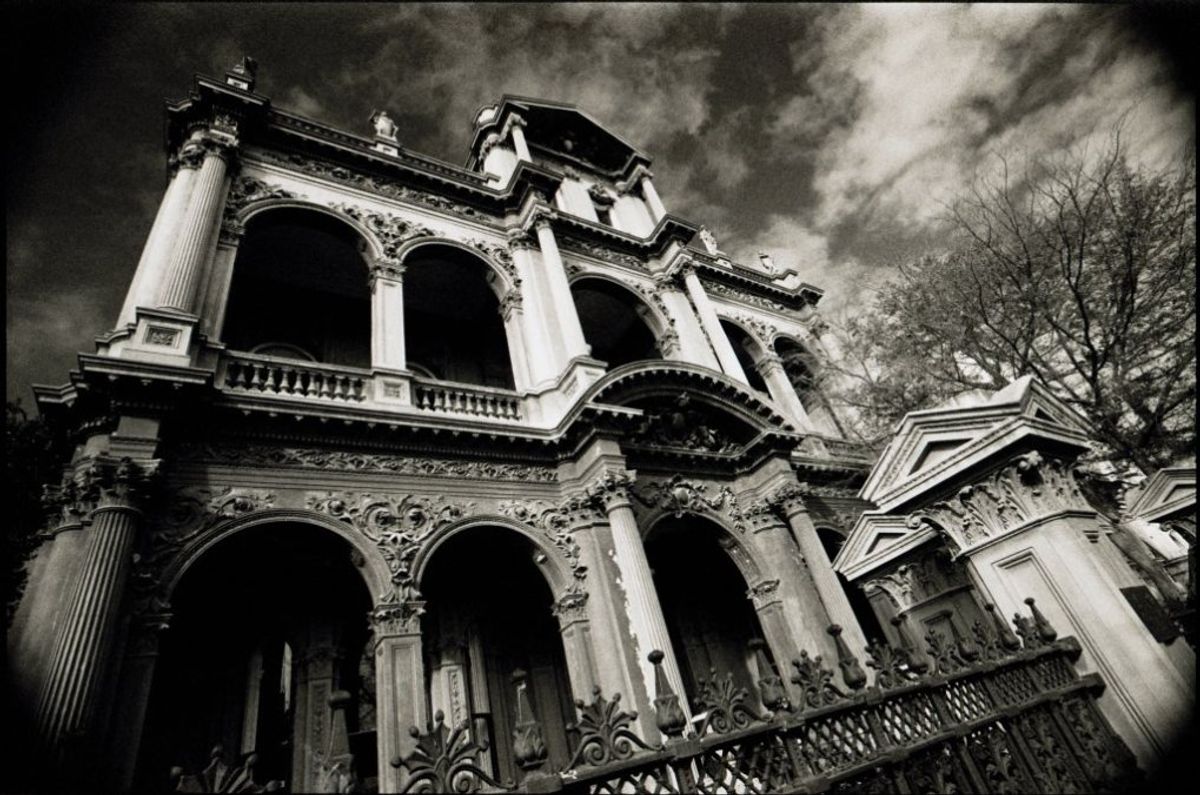 Myths and urban legends exist in all corners of the world, but are you familiar with the ones right outside your door? These famous Michigan legends have inspired campfire stories across the state, and, even if you’re a skeptic, these creepy tales are sure to entertain.

The first known encounter with the Michigan Dogman occurred in 1887, when two lumberjacks stumbled upon an unknown, cryptozoological creature in Wexford County. The perplexing creature was reported to have a man’s body and a dog’s head, and it has been spotted several times in the Upper Peninsula throughout the early 20th century. Robert Fortney, a Paris, Michigan, resident, was even attacked by a group of vicious dogs. One "dog", thought to be the Dogman, was walking on two legs! Featured in an episode of "MonsterQuest", a film called the “Dogman", and a hit song titled “The Legend,” the Michigan Dogman is an urban legend that can’t be missed.

Just off HIghway 45, near Paulding and Watersmeet in the Upper Peninsula, the Paulding Light (also called the Lights of Paulding or the Dog Meadow Light) appears after dark each night. Floating and moving along the power lines, the light has even been known to change colors! Although white and red are the most common, blue and green have also been spotted. A nearby sign reads:

“This is the location from which the famous Paulding Light can be observed. Legend explains its presence as a railroad brakeman’s ghost, destined to remain forever at the sight of his untimely death. He continually waves his signal lantern as a warning to all who come to visit.”

This posted legend is merely one explanation for this phenomenon. Legend also tells a tale of an Indian ghost that dances on the power lines, but cynics write it off as swamp gas. This legend has been featured on Syfy Channel’s “Fact or Faked: Paranormal Files,” and the investigation concluded that it was unexplained. Whatever this mysterious ghost light is, it’s worth seeing for yourself.

French for “red dwarf,” Nain Rouge is a mythical creature that was originally seen as a protector of Detroit. Now, however, it is feared by residents as the “harbinger of doom,” one that is the embodiment of all that holds us back. Purportedly, for 300 years, Detroiters have celebrated their freedom on the Sunday after the Vernal Equinox,and revelers, encouraged to wear disguises so the Nain Rouge cannot exact revenge, gather at or near Cass Park. On occasion, the dastardly Nain Rouge manifests, taunting the revelers with his despicable plans to destroy the city. Are you ready to save the city from the curse of the Nain Rouge?

First reported in 2006, the Higgins Lake Monster slinks through the depths of Higgins Lake in Roscommon County. One account describes the yellow slimy beast as having bony spikes on its reptilian spine. The creature reportedly attacked her canoe, forcing her to swim to shore. In 2012, a 43.5 inch northern pike was found in Higgins Lake, but other, similar versions have surfaced since then. That means that the Higgins Lake Monster is still out there.

Making the return trip of its maiden voyage in 1679, “Le Griffon,” a cargo ship built by Sieur de La Salle, mysteriously disappeared in Lake Michigan. The bow of the ship, which features a carved sculpture of a mythical creature known as the griffon (half lion, half eagle), is the most distinguishable part of the vessel. It was the first ship to ever sail the Great Lakes and was originally built to facilitate fur-trading between the Green Bay area and Detroit. For over 330 years, “Le Griffon” has evaded treasure hunters, although over 20 explorers have claimed to find this so-called “holy grail of shipwrecks.” Men have gone to their graves believing that they found the one true ship.Their discoveries have all been disproven, and the most recent claim, made in December of 2014, by divers Kevin Dykstra and Frederick Monroe, was discredited by the State of Michigan in June 2015. With this evasive ship lurking beneath the depths of Lake Michigan for over three centuries, will anyone ever discover its secrets?

On Seminole Street, in Detroit’s historic Indian Village, a dark-haired woman repeatedly acts out a scene in her life. Inside the mansion, the ghostly woman walks down the stairs while crying and disappears into the butler’s pantry. Although she has appeared multiple times over the years, no one has been able to interrupt her sorrowful passage. She is thought to be the ghost of a woman who died in a house fire.

Once upon a time, there was a hospital that treated children with hydrocephalus. Often called “water on the brain,” this medical condition causes the head to swell considerably, hence, the terribly cruel name “melon head.” Although it is debatable whether or not the doctors performed experimental procedures on these patients, the “melon headed” children were released into the wilds of Holland when the hospital closed. There’s a rumor that if you flicker your car headlights, they’ll appear along Wisner Road near the old Felt Mansion.

If you drive along Strasburg Road in the Detroit/Grosse Isle area at night, it’s been said that a small, hollow-eyed girl appears on the side of the road when you stop at a red light. She slowly approaches your car and knocks on your window, in search of the driver who killed her. This legend has been around since the early 1940s, and her ghost still haunts the road. Her killer has never been found.