In the age of Donald Trump, progressives are diligently searching for a competent replacement. 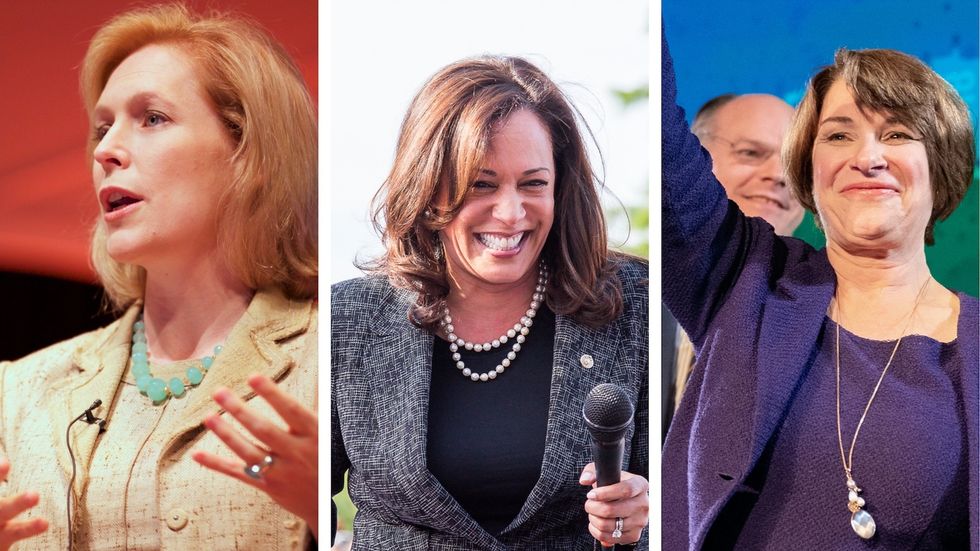 In the age of Trump, Democrats and even some Republicans are all desperately looking for who will challenge Donald Trump. After researching electoral trends in presidential elections and the candidates themselves, I've picked 10 Democratic candidates who could be strong challengers to Donald Trump in the 2020 election.

Minnesota Sen. Amy Klobuchar is the ideal candidate for 2020. She is a member of the Minnesota Democratic-Farmer-Labor party – a branch of the Democratic party. Klobuchar is progressive and, given her home state's location, has the best chance of winning in the Rust Belt.

In her Minnesotan political races, she consistently wins by huge margins. Her family's background of being immigrants, miners, teachers, and sports columnists gives her a broad appeal to people on both the left and right.

California Sen. Kamala Harris is likely the frontrunner for the Democratic nomination in 2020, and for good reason. If anyone would fight tooth and nail to save the country, it would be this determined senator.

We all know if any person would be America's saving grace, it would be a black woman, and Harris could very well be the one. She has quickly climbed through the ranks of California politics, and, as a senator has been very candid about her opposition to Donald Trump's cabinet nominees.

This California governor and businessman has expressed no interest in pursuing the White House, but he would definitely be a tough challenger to Donald Trump – especially given that the charming Newsom gives us serious JFK flashbacks. He is popular among California progressives for being an early advocate for same-sex marriage and the legalization of recreational marijuana.

New York Sen. Kirsten Gillibrand is often cited as Hillary Clinton 2.0. However, she is much more outspoken and implacable than Clinton. This friend of the F-bomb is most notoriously known for saying “We must resist and push back on every horrible thing this president is trying to do. Fundamentally, if we are not helping people, we should go the fuck home," in an address to the Popular Democracy Forum at NYU.

Obviously, she would never hold back in a debate against Trump and let's face it, we'd all love to see a powerful woman say “fuck you," to Trump on national television.

Before serving in President Obama's cabinet as secretary of Housing and Urban Development, Castro served as the mayor of San Antonio, Texas. His name was also tossed into possible contenders to be Hillary Clinton's running-mate in the 2016 election.

With the high population of Hispanic Americans in Texas and given his home state advantage, Julian Castro could be a breakthrough star as a candidate by turning Texas blue. This would be a huge Electoral College lead for Democrats and would make Republicans rethink their Nixon-Reagan-Trump strategy of appealing to mainly white evangelicals.

Massachusetts Sen. Elizabeth Warren, touted as Hillary Clinton's "Sister in a Traveling Pantsuit" is likely the most well-known potential candidates on this list and for good reason. She was thrown around as a possible 2016 candidate, but Warren decided to sit the race out given that Hillary Clinton was the obvious frontrunner.

She is very popular among the progressive wing of the Democratic Party, often referenced as the female counterpoint to Bernie Sanders. She's also been given one of Trump's trademark insulting nicknames – hers being “Pocahontas."

Connecticut Sen. Chris Murphy is definitely someone I would trust to do the work of creating and enforcing gun regulations as president. After the tragic Sandy Hook shooting on Dec. 14, 2012, Murphy raged against the country's lack of courage to stand up to the NRA and demand action to prevent anymore gun-ridden horrific scenes. If fixing the terrible issue of mass gun violence, Murphy is a strong contender for 2020.

Massachusetts Rep. Joe Kennedy III is the grandson of Robert “Bobby" F. Kennedy, JFK's younger brother. While bearing the Kennedy name, which has proven to be an asset to win almost any election, Joe also carries the charisma of his grandfather and his great-uncle.

He has expressed no interest in running for president in 2020, although he has flirted with running for Massachusetts governor in 2018, a possible move to build a longer resume for when America is ready for another President Kennedy.

Former Virginia Gov. Terry McAuliffe chose not to seek, possibly opening up a bid for the presidency in 2020. McAuliffe knows the ropes of presidential campaigns, having worked on the campaigns of Jimmy Carter and Bill Clinton (McAuliffe has been a very close ally to the Clintons).

If anyone knows how to win, it would be McAuliffe. Since he is from Virginia, he carries the advantage of practically guaranteeing that swing state, which, given Virginia's locality to North Carolina, he has a good chance of winning there too.

Ohio Sen. Sherrod Brown is the best choice if Democrats want to go the populist route. Before serving as senator, Brown served as a U.S. representative and Ohio's secretary of state, so his resume is impressive.

While he is relatively unknown, he carries the policies of Bernie Sanders while also being from a swing state in the Rust Belt — a huge pro for progressives looking to experiment with FDR-esque policies in the modern era.