10 Struggles Of Winter In The Midwest
Odyssey

10 Struggles Of Winter In The Midwest

Will it snow tomorrow? Or will it be 60 degrees? No one knows. 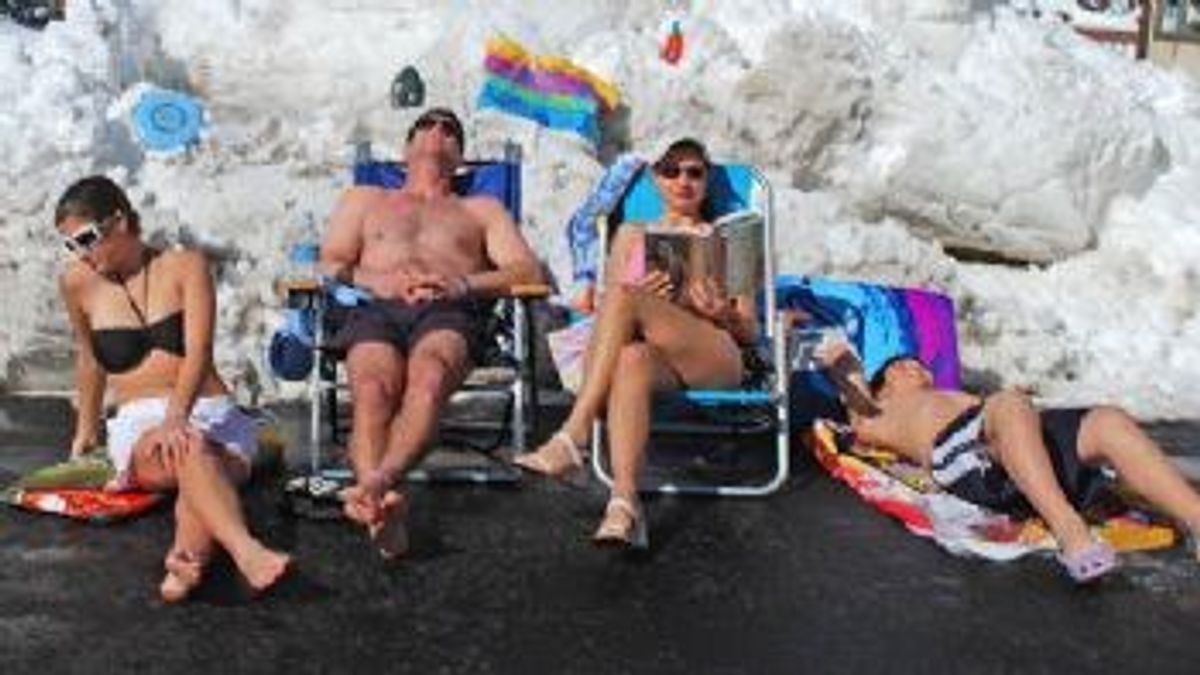 Before college, I never gave much thought to the weather in different regions. However, once I made friends with people from different areas, I started realizing how weird the weather in the Midwest is. It seems like most people either live in an area where it’s cold for a solid half of the year, or in an area where it’s constantly 80 degrees and sunny. But then there’s the Midwest. The Midwest is weird. Here’s just a taste of some of the things we struggle with during the winter in the Midwest.

1. The weather is super weird.

For most people, winter means four months of cold. But in the Midwest, winter can last from October to the end of March, and sometimes it even continues into April. It might even snow on Halloween. It might be 55 degrees and sunny on Christmas. It might snow again in the middle of your spring break. You may wear sandals in February and be back in snow boots in March.

At least no one can say our winter weather is boring.

Some of my friends in college freak out if there's an inch of snow. They start talking about delays and cancelled classes. I just look at them and laugh, because us Midwesterners know that you don't have a hope of school being called off unless there's, at least, two to three feet of snow and drifting. But when your school's name flashes on the news under cancellations, it's the most glorious feeling in the world. I don't care how old you are, on a snow day, you can find everybody at the local sledding hill.

Snow is pretty. Snow is fun. Unless it only snows happens on the weekend. We've all felt the disappointment of waking up to blizzard conditions -- on the weekend. What's the point of having that much snow if it doesn't end in a snow day? Weekend storms are the absolute worst. All of your weekend plans are effectively cancelled, ruining your social life. Especially when all of your friends live close enough to each other that they can still hang out. Don't worry though, the roads will be clear in time for school on Monday.

Not only does the weird winter weather in the Midwest wreak havoc on your weekly outfit choices, but it wreaks havoc on the roads, as well. You’d think the roads would be safe after all the ice finally melts, but no. Driving anywhere is like playing a giant game of dodge-the-pothole. The weird mix of hot and cold weather causes all the roads to crack, turning every season in the Midwest into construction season.

Cold days are not quite as fun as snow days. Essentially, school is cancelled because it's way too damn cold to go outside without getting frostbite in 10 seconds. They do, however, give you the perfect excuse to lay on the couch all day in a blanket.

As if snow and below zero temperatures weren't bad enough, Mother Nature decided that we should be blessed with ice storms too. These usually result in fallen power lines, leaving us without power or heat. Which is super fun. Although it sucks to not have power in your house, it's awesome when ice storms cause you to get out of school early -- or to even have school cancelled entirely.

Just leaving your house is risky in the winter, because there's ice coating every inch of the ground. Walking in packs is extra dangerous because if one person goes down, you all go down. Going inside isn't much safer either. The snow from everyone's shoes on the floors makes the floors almost slipperier than the ice outside

You wake up on time, shower, eat breakfast, and head outside... only to discover that it snowed two feet overnight. And everything froze. On your car. In the winter, you can never expect anyone in the Midwest to be on time. Between shoveling your driveway, scraping off your car, and attempting to navigate the icy roads, it's nearly impossible to be punctual.

9. Instantly sweating when you go indoors.

Leaving your house in the winter requires, at least, three layers of clothing to keep you warm outside. The problem with that is that whenever you come indoors, you’re instantly drenched in sweat because the temperature change is so drastic. It becomes a race to see how fast you can get off your coat, scarf, sweater, and whatever other layers you piled on before you sweat through all of them. The real question is, how fast can you get them back on when you have to go back outside again?

10. Extra school days in the summer.

Getting out of school for snow days is the best -- until you remember that you have to make them up in the summer. It doesn’t seem like it’d be a big deal when you’re pelting your friends with snowballs on your day off. But then it’s the middle of June, and you’re stuck inside while the rest of your friends are lounging by the pool.