What To Do With A Four-Leaf Clover

On this green, drunken holiday, here are some fun pieces of four-leaf clover trivia to amaze your friends. 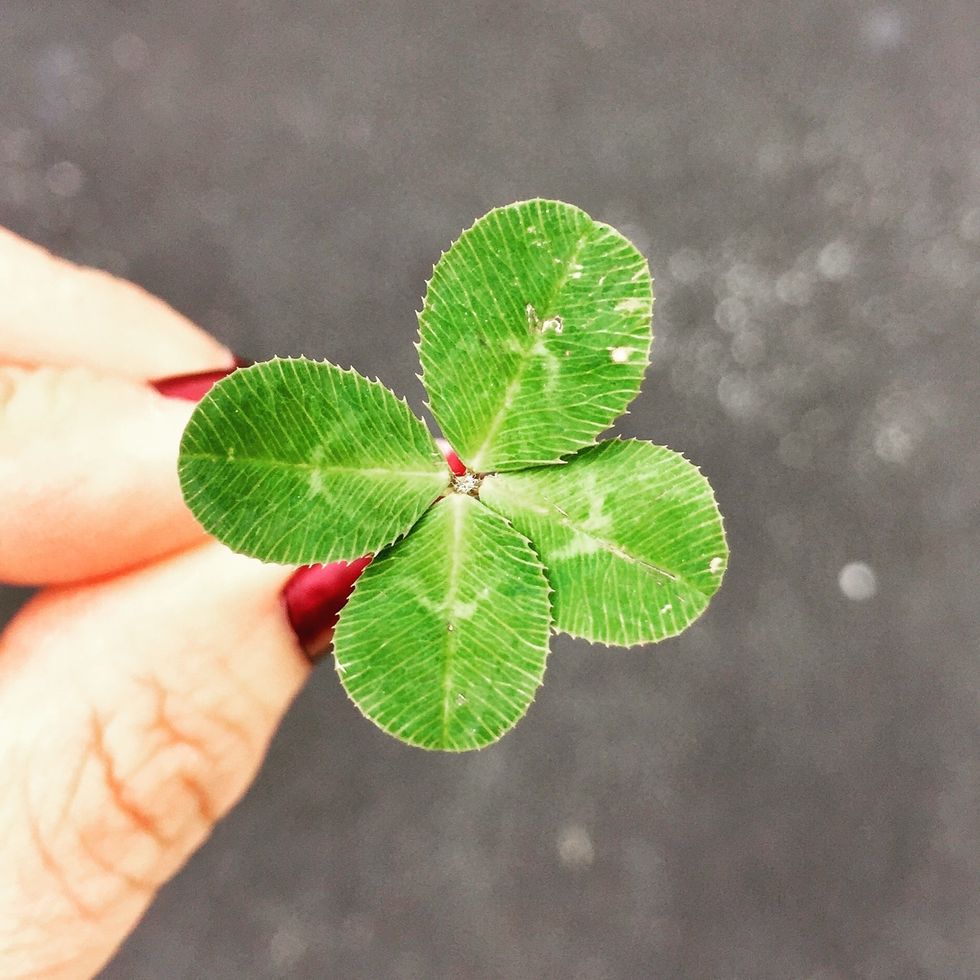 Photo by Amy Reed on Unsplash

It's almost St. Patrick's Day! Time for beer, green, Rubens, more beer, and four-leaf clovers. But why do we care about these cute little four-leafed plants? Worry not, for I will tell you!

Lucky or not, these wee little weeds are pretty rare!

2. However, those odds (might) be better in the Emerald Isle

This is one of the reasons we say it's the luck o' the Irish.

Shamrocks are the three-leaf version, not the lucky four-leaf we hear so much about.

4. Each leaf means something different

Egyptians gave four-leaf clovers to newlyweds to bless the marriage.

6. Four-leaf clovers are supposed to also represent the cross

Of course, several pints of ale could probably help with this, too...

8. No one really knows what to do with clovers

Some traditions say four-leaf clovers are only lucky if you keep them hidden from other people, but other traditions say your fortune will double if you give your clover to someone else.

9. The legend goes back to biblical times

Some believe that Eve took a four-leaf clover with her when she and Adam were thrown out of the Garden of Eden as a memento of paradise.

10. The four-leaf clovers are believed to have healing powers, too

According to legend, Druid priests used the four-leaf clover for healing rituals and to ward off evil spirits.

Not to say he didn't like the four-leaf counterpart, but St. Patrick was fond of the more common three-leaf clover. He used it to teach his followers about the Holy Trinity.

12. Some say four-leaf clovers will help you find love

If you didn't find "the one" in time for Valentine's Day, you might still be in luck.

Four-leaf clovers are said to help you find your true love. Some people even put clovers in their shoes to lead their feet to their soulmate.

13. Clovers can be unlucky, too

They aren't just for decoration every March 17th. You are encouraged to give clover-inspired gifts when friends and family try something new or make a life-changing decision.

15. There are fake clovers

There are several species of four-leaf clovers, but only one is considered to be authentic.

So, while you're holding back your friend's hair after a long night of celebration, feel free to share these festive bits of trivia. And have a lucky St. Patrick's Day!