Donald Trump Is Not A Populist
Odyssey

Donald Trump Is Not A Populist

Trump's style of politics is not even close to populism. 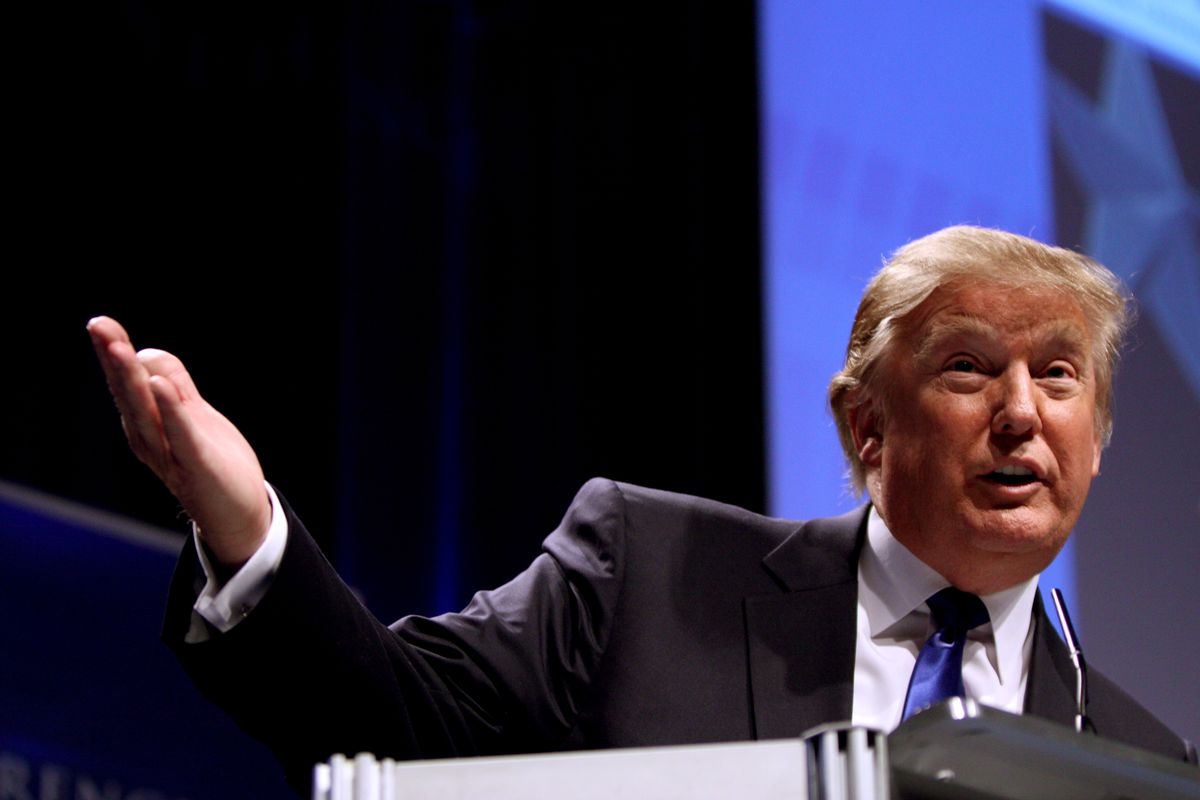 On 8 Jan, President Donald Trump announced that he would be attending this week’s World Economic Forum. The three-day meeting takes place in Switzerland, the banking capital of the world. The W.E.F. “strives in all its efforts to demonstrate entrepreneurship in the global public interest,” according to its mission page. Over its 48 years of existence, the forum has become synonymous with the global financial elite.

Attending the meeting in Davos should bite at the fabric of Trumpism. Many have said that Trump ran as a populist, assailing everyone from immigrants to the executives of Goldman Sachs. He won the 2016 election primarily by beating the polls in Rust Belt states like Michigan and Pennsylvania that normally vote for Democrats but that sided with Trump’s harder line on free trade that Hillary Clinton’s.

So why would Trump want to be seen with the likes of the CEO of the largest hedge fund in the world and the former president of the European Parliament? He would be the first president to R.S.V.P. to the W.E.F. since Bill Clinton; Presidents George Bush and Barack Obama were concerned that attending would hurt their images. Last year’s speakers railed against protectionism; Chinese President Xi Jinping said that “no one will emerge as a winner in a trade war.” The globalists in Davos might moderate their talk with Trump, the epitome of protectionism, in the room, but they might also take the opportunity to speak to him directly.

The root of the confusion at Trump's plan to attend is the assumption that Trump is a populist. The phrase “populism” is broad and hard to define. Google defines “populism” as “support for the concerns of ordinary people.” Populists tend to be called extremists, whether they are as far right as French presidential candidate Marine Le Pen or leftists like Senator Bernie Sanders. Generally, populists favor a stronger government and distrust all other institutions, including foreign governments. While anti-immigrant sentiment is common among populists, it is more central to populism to rail against the economic elites and globalization. Most of all, populists are stubborn to a fault; they hold true to their positions to the bitter end.

Trump famously began his campaign complaining that Mexican immigrants were overwhelming the country with crime. He also denounced the North American Free Trade Agreement (N.A.F.T.A.) and Trans-Pacific Partnership (T.P.P.) and accused Clinton of being too tied to Wall Street banks. But these are words, not actions.

In a meeting last Tuesday with members of Congress from both parties, Trump said that “we’re gonna do D.A.C.A.,” referring to Deferred Action for Childhood Arrivals, an executive order that Obama signed but Trump rescinded, “and then we’re gonna move on to phase two, which is comprehensive immigration reform.” This seems to cut against Trump’s anti-immigrant sentiment; he more or less assured Democrats that he would sign a bill that translated D.A.C.A. into a law instead of an executive order. House Majority Leader Kevin McCarthy (R-Calif.) stepped in and informed Trump that the Senate had tried to pass a D.A.C.A.-esque bill before, which then-Sen. Clinton had voted for.

Two days later, Trump had invited Sens. Lindsey Graham (R-S.C.) and Dick Durbin (D-Ill.), both favorable to a humane approach to immigration reform, to further discuss immigration. When the Senators arrived at the White House, they learned that they would be joined by Sen. Tom Cotton (R-Ark.) and White House adviser Steven Miller, two immigration hard-liners. At the meeting, Durbin suggested a way to scale back the diversity visa lottery that Trump has assailed. In return, Durbin suggested favoring third-world nations in Africa and Latin America. Trump, in response, wondered why the United States was so focused on bringing in people from "shithole countries," according to both Graham and Durbin. He said the U.S. should accept more Norwegians and the like.

Many have reflected on whether those comments reflect racist sentiment on Trump's part, but consider this: Cotton, the far-right Senator, was at the Tuesday meeting, but was outnumbered by lawmakers closer to the center on immigration (Miller was not at that meeting). The second meeting saw Graham and Durbin become the smallest voices in the room. It is possible that Trump was simply appealing to his audience, acting tough on immigration, especially from developing countries, simply because he wanted right-wing legislators and advisers to think he was on their side. (On Sunday we saw the benefit of making borderline racist comments only with borderline racists: Cotton and Sen. David Purdue (R-Ga.) denied that Trump had suggested that the U.S. should limit immigration from the developing world.)

On his first full day in office, Trump withdrew the United States from T.P.P., a trade deal crafted by Obama binding together twelve nations representing 40% of the world economy. But that didn’t kill the deal; in fact, the other countries might have an easier time negotiating without concerns that Republicans in the American Congress will obstruct it, always a fear in international relations. The Trump administration is also renegotiating N.A.F.T.A. instead of throwing it out like he promised.

In regards to Wall Street, the President has not exactly kept bankers at arm’s length. Five members of his cabinet are alumni of Goldman Sachs. On Wednesday the administration began scaling back regulations authorized by the Community Reinvestment Act, which mandated that banks had to do more to alleviate poverty. And then there's the W.E.F., expected to be attended by leaders of some of the world's biggest banks.

When Trump announced his run for President, the media had become accustomed to labeling candidates: Obama was a reformer, Clinton was establishment, Sanders, by his own admission, was a democratic socialist. Trump was labeled as a populist for lack of a better term because he talked the talk. Now that he has been in office for a year and accomplished remarkably little of the right-wing agenda he espoused during the campaign, many are starting to realize that Trump may not be the populist they thought he was.

In fact, there doesn’t seem to be any -ism that accurately describes Trump’s ideological engagements because he says different things to different people. In public, he tells his supporters he wants to round up all the immigrants and throw them out of the country; to legislators, he says he wants D.A.C.A. to be enacted as a law. He assures the working class he is on their side; he assures the world economic elite he wants to attend their rich people party.

So what do we call this new style of politics? Perhaps we should call it approval-ism, after Trump’s desire for approval from whomever he is speaking to.