Now, we know that Davidson is a comedian, but was his humor a little too dark for comfort? 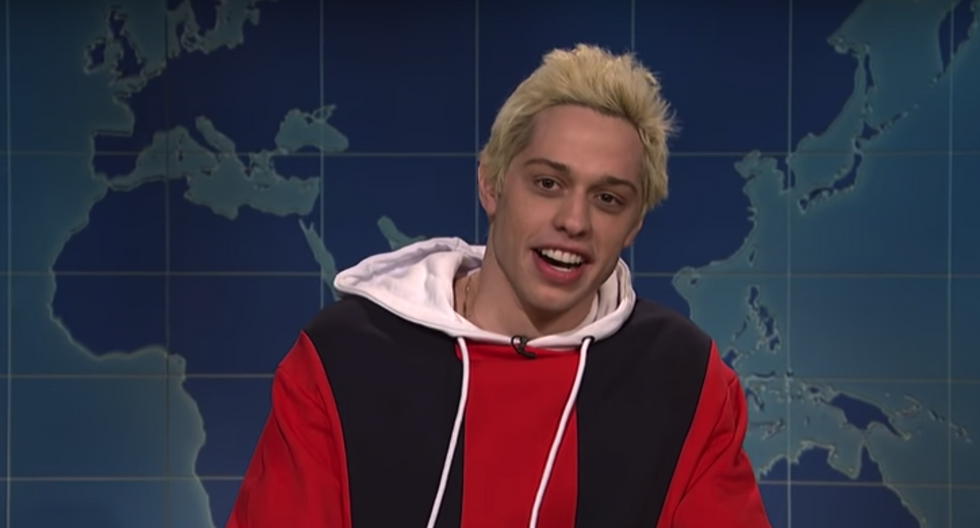 So, this past Saturday Pete Davidson and the entire Saturday Night Live crew took on his engagement to Ariana Grande.

Pete Davidson tackled his "summer," mostly talking about his engagement to Ariana Grande. Now, we know that Davidson is a comedian, but was his humor a little too dark for comfort?

SNL is pretty much famous for it's extremely dark humor and I get that, trust me. I mean I understand he made fun of his disease and for some reason it made me laugh.

But, for some reason, I want to kick him in the face for what he said about switching out Ariana's birth control for a Tic Tac.

Is it just me or can you see the immediate regret in his face as soon as he said it?

Literally, his smile went from gleaming with "pride" (if that's what you want to call it) to immediately stone-faced kinda like saying...shit.

We can guess why Pete said that he'd do that—to make sure that she stayed.

I mean can you honestly think that this joke wasn't out of taste when Arianna's recent ex, Mac Miller, just died from an overdose.

I don't really know what to say about this man anyway. He seems a little too much of a comical, "funnyman" rather than a consoling boyfriend that he should be.

I MEAN ARIANNA GRANDE HAS BEEN THROUGH HELL AND BACK.

To make matters worse, Twitter is erupting over the fact that Davidson commented (the comment has since been deleted) on a picture Grande posted on her grandfather's four year anniversary of death saying "omg what a cutie."

This caused Grande's fans to burst into immediate outrage.

ALSO, let's talk about how Pete speaks about his fiancé. I mean like we get it she's hot but the constant talk about getting erections and feeling bad for someone who OBVIOUSLY sexually assaulted your "girl" is just sickening.

This skit on SNL wasn't the first instance Pete has spoken lewdly of his fiancé either. A few weeks ago on The Howard Stern show, Pete Davidson mentioned how he was "grateful" Ariana was even intimate with him and that his penis feels big to her just because "she's so tiny." WTF.

I read this on Twitter and my heart actually hurt because I feel like Arianna is just blind by the insensitivity of her lover.

I mean not only did he troll himself when he spoke about stocking the fridge in exchange for rent—but he then had to literally showcase his insecurity even more by talking about a prenup.

I just don't get it.

WAIT. Let's not forget that he stated that he hates the attention he's been getting since he is engaged.

You got something good, don't lose it over insensitivity and being the "funny guy."