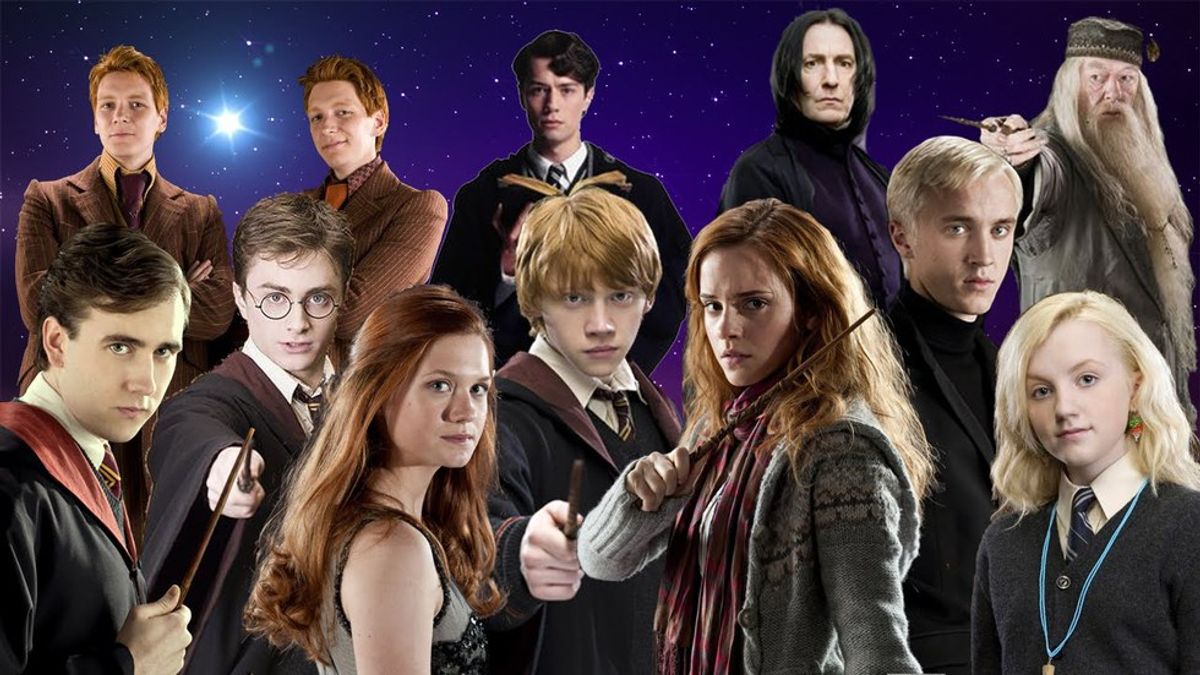 Now, this one was hard to choose. After Harry leaves Hogwarts, he becomes an auror, and eventually is the head of the whole department. Criminal Justice doesn't feel right for him to major in, since he works with a lot more than that. Since he has to be diplomatic with what he does, and what he has done in the past, International Relations feels best.

Criminal Justice has always been the stereotypical lazy major. There's no denying that people with this major do a lot of work, but laziness is just what Ron was attracted to. He also becomes an Auror after the war for a good amount of time, reinventing the department with Harry, before he left to go help George with the joke shop.

Nobody could ever hold Hermoine Granger back from accomplishing great things. After being the only one of the trio to go back to Hogwarts to complete her schooling, she started to work for the Department for the Regulation and Control of Magical Creatures. She changed the world and their opinions of house elves. After that, she became the new Minister of Magic after Kinglsey Shacklebolt. She had to work hard in her studies and possibly went to law school (in this muggle world fanstasy). The best way to accomplish this is to major in History and Political Science.

Now, with Draco, we're unsure if he even would have gone to college in the first place. He basically just inherited his family's money, and he didn't really need to do much to stay rich and powerful. But he does go on to do a lot of alchemical work after the war, and even has the oppportunity to create his own philosophers stone but doesn't. The closest thing to alchemy in the Muggle World is chemistry.

After Hogwarts, Luna marries Rolph Scamander, the grandson of Newt Scamander, and she travels the world with him, studying magical creatures. So her major is Biology, with a subfocus of Zoology.

Obviously, Fred and George open their own shop, so they need Business Admin. But since you don't necessarily need a degree to start your own business, I assume that the twins, much like at Hogwarts, drop out early to open their business.

Ginny goes to be a player on the Holyhead Harpies before settling down to be a sports journalist, most specifically for Quidditch. Now, while they don't have Quidditch in the Muggle World, soccer is pretty close. This is why Ginny majored in Journalism with a subfocus of sports journalism.
Report this Content
This article has not been reviewed by Odyssey HQ and solely reflects the ideas and opinions of the creator.