Let's hear it for the girls! 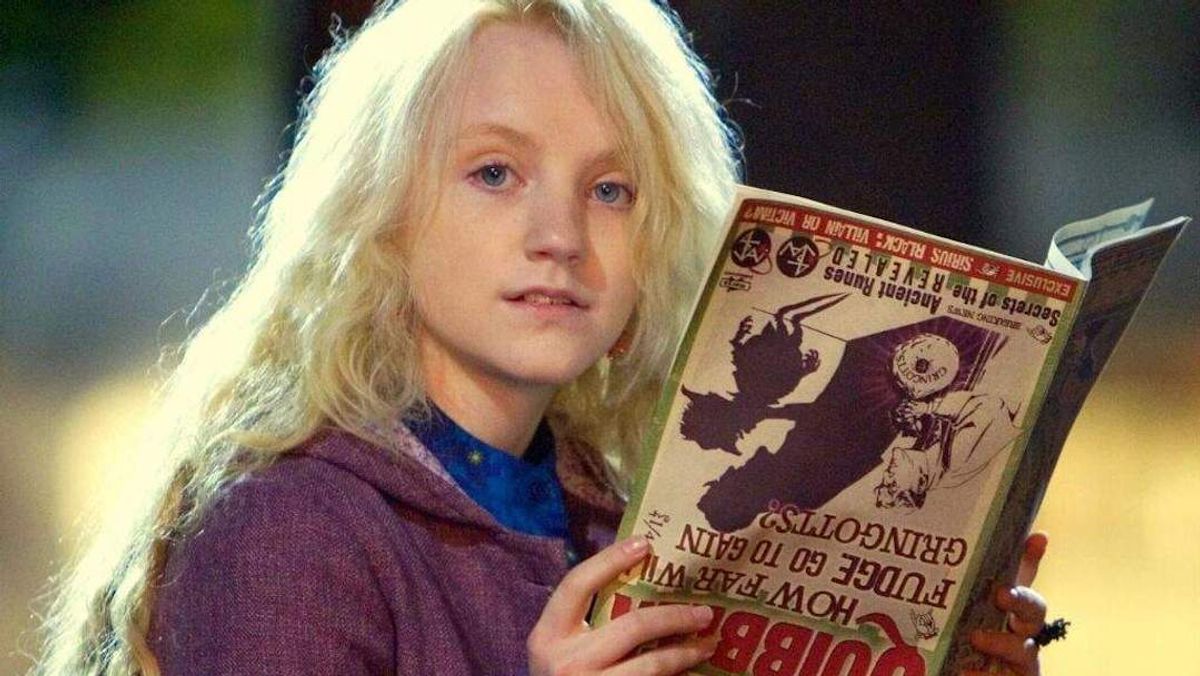 J.K. Rowling's Harry Potter book series is one of the most iconic pop culture pieces of our generation. Everyone knows at least a little bit about the Boy Who Lived and his magical wizarding world, but what about the girls of this famed series? For a book series about the Chosen Boy, Rowling included some kick-ass female characters who should get their own time in the limelight. Without further ado, here is a countdown of the top ten female characters from Harry Potter.

I know what you're thinking. "Really? What did she even do?" Don't forget that she protected Harry at the end of Deathly Hallows in exchange for information about Draco's well-being. Overall, Narcissa just wants to protect her family and her reputation. She might not be the most moral character, but I can respect her motivations.

Cho is a sweet girl who does not deserve the amount of heartbreak she's gone through. Her first boyfriend died, and her second almost-boyfriend was rumored to have committed the crime! Her school became a dictatorship, the world she lived in went to hell, and she had to go into hiding in the castle just to stay alive. Give Cho a break and let her be happy, dude. She deserves it. (Also, she's a Ravenclaw. I'm a bit biased.)

Yes, yes, I know she's another "bad guy," but you cannot deny how badass Bellatrix is. She's off the rails, she's a terrible person, she might be a bit in love with ' Voldy? But overall, her portrayal by Helena Bonham Carter in the movies brings her character to one of the most memorable in the series, only adding to the fact that she's batshit. Further props to Carter for how convincingly she played "Hermione trying to be Bellatrix but failing badly."

Originally introduced purely as a pretty face, Fleur is packing some strong French fire despite her innocent appearance. She cares deeply about those she loves and is willing to do whatever is needed to keep them safe. Her looks keep people underestimating her, but she can show them up. Her marriage to Bill Weasley is one of the sweetest and most overlooked relationships in the series, and people continuously underestimate how much she cares for him and how much she doesn't care about his looks. She's full of potential that no one realizes, and that is what makes her great.

Ginny gets a bad rap a lot of the time due to some mischaracterization in the movies, but she's a gem of a gal. The only daughter in a family of nine, Ginny knows how to hold her own. She's a great Quidditch player, a good student, a fearless Gryffindor, and knows her way around a Hex. Plus, her childhood crush comes back around when she's older and she and Harry become the Gryffindor power couple (granted, this is only because Ron doesn't come back to do his last year at Hogwarts with Hermione, so they technically aren't both at school while they're dating.) She needs more recognition!

Harry's mother is hardly in the series as herself, but everyone remembers her legacy - and rightly so. She'd have been an amazing wizard if she had gotten to live longer, and without her sacrifice, the series couldn't have existed. A+ parenting. (Plus, if we had gotten to see her Hogwarts years, I'd be willing to bet she's just as awesome as Ginny, if not more.)

Honestly? She's an icon. She puts up with SO MUCH from her gaggle of children, and she still manages to be sweet and loving and stern all at once. The ultimate momma bear. Not a mother hen, a momma bear. Don't you think I forgot that she went up against Bellatrix Lestrange, Death-Eater and Torturer Extraordinaire, and Icon.

The best teacher Hogwarts has ever seen, hands down. Strict yet compassionate, tries to hide her favoritism, but obviously loves her Gryffindor students the most, and intolerable of trouble-making but will let loose on her own when needed, Minerva McGonagall is a wonderfully fleshed-out character that everyone and their mother loves, rightfully so. Plus she can turn into a cat! How awesome is that?

She may be Loony to some people, but Luna Lovegood is an intelligent, kind, and whimsical young lady who fits her Ravenclaw house every inch. She's seen death from a very young age, but still refuses to think ill of the people who would steal her belongings and hide them throughout the castle. Her and her father, Xenophilius, are integral to the final arc of the series and helping the Golden Trio find the horcruxes (and the Deathly Hallows, of course). She's underappreciated not only by the characters of the series, but by fans of it, as well. Also, the story of how actress Evanna Lynch landed the part is touching and has made me love the character even more for her underlying strength.

And finally, last but definitely not least, we come to....

Was there anyone else who could take the number one spot? (Honestly, Luna probably could have, but again — I have a bias for Ravenclaws). Hermione is the brightest witch of her age, a clever girl who fiercely protects her friends and helps them out all while trying to maintain a good academic standing. For someone who should, typically, not like breaking the rules, she bends them a lot to accomplish what she needs, and she knows how to prepare for almost any situation. Her character in the beginning of the series is one that drew sympathy in me, for I also felt like I didn't fit in well when I was younger. She was thrust into a world completely different from everything she's ever known, and she wants to learn about it as quickly and voraciously as possible. Ron does not deserve her, but what boy does? She may fit some Ravenclaw stereotypes, but Gryffindor was a wonderful fit for her and she deserves everything in life. Hermione Jean Granger is The Best Female Harry Potter Character.