If Big Ten Schools Were People You Saw At The Gym

If Big Ten Schools Were People You Saw At The Gym

From the gossiping girls to the full of himself jacked dude: what's your school's gym personality? 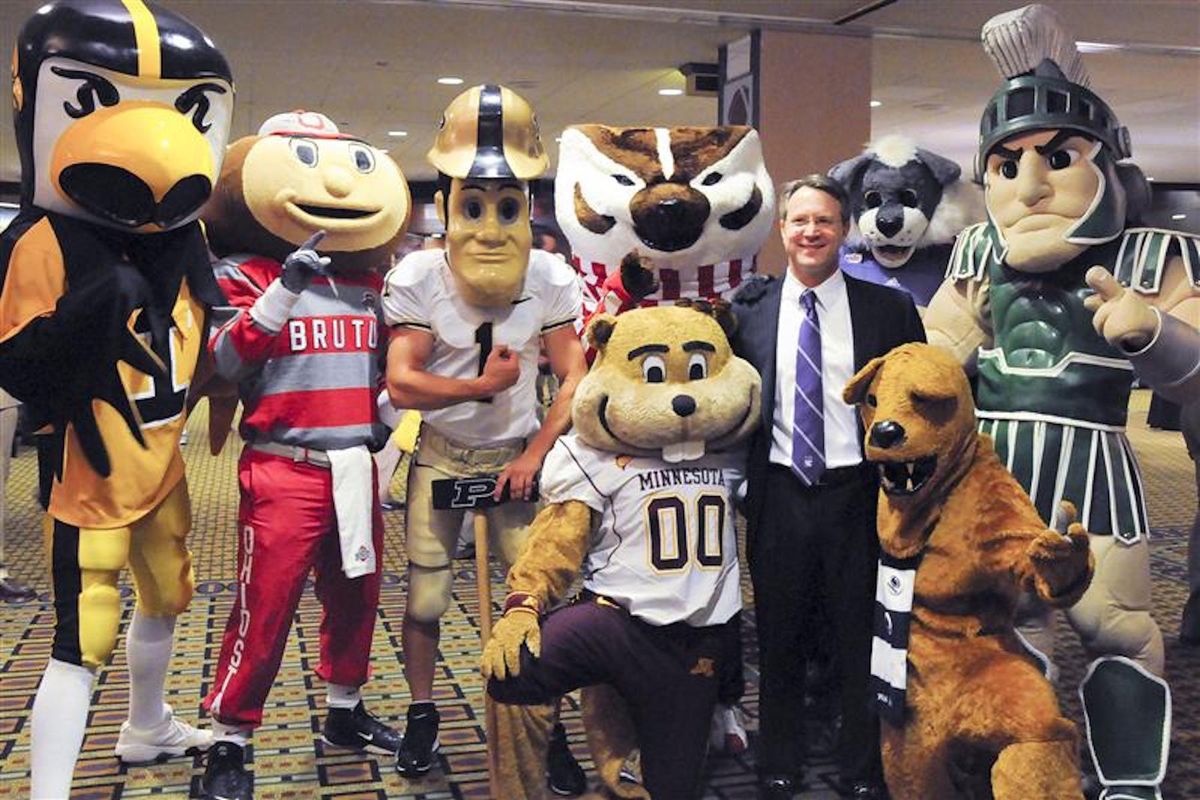 You'll feel the second-hand awkwardness as soon as you spot him. Purdue is the kid at the gym who looks remarkably like a high schooler and probably feels super out of place. His intimidated posture and constant staring at other lifters to copy their workouts makes big schools like Ohio State and Michigan want to give him pointers to help him out.

Indiana is the guy at the gym who spends more time socializing with buddies (or complete strangers) than actually working out at the gym. He's also notorious for blatantly checking girls out making them super uncomfortable.

Minnesota and Nebraska are those two girls who come into the gym together like a pack and head straight for the ab room. They stand directly in front of you in the mirror even though there are plenty of other places they could stand. They both look exactly alike and no one can tell the difference between them, because just like their schools, aren't they all the same?

Northwestern is the girl decked out in Lululemon gear and Nikes that you wish you had. She's a pre-med major and her workout of choice is speed walking on a treadmill with an incline while she studies O-Chem from her flashcards.

Illinois is the cute old professor in the university gym. He's working out among students (some of which probably his, who turn the other direction when they see him) and wearing the signature sweatband on his brow. For what he's capable of, he's killing it.

Oh Rutgers. He's the guy with his tank top ripped open all the way down to his hips to show off his abs but first: he doesn't have any and second: this is the first time he's been to the gym in two months (and it shows).

Iowa walks through the gym like they own the place. He's the guy who never wipes off the machines when he's done with them, just because he doesn't want to.

You'll probably smell him before you see him. Wisconsin is the frat bro who's wearing his letters and still reeks of beer. In fact, the only reason he showed up to the gym today is to work off the party the night before.

Oh, MSU. He's the former high school athlete who's trying to out exercise his newfound beer gut (to no avail).

Maryland is the guy who's wearing Maryland flag patterned gym attire and drinking a crab-flavored protein shake. Okay, that might've been an exaggeration but you get the point. He does the most.

You'll hear them even if you literally never see them in the gym. Penn State is the two sorority girls who come to the gym but gossip the entire time and obsess over their sororities and school.

The absolute worst: Michigan is the guy at the gym who spends forever on one machine and spends half the time on his phone. He also declines everyone who asks to set in. The worst.

Ohio State is the jacked dude at the gym. While he really is big and has right to be proud, he's way too cocky and obsessed with himself (as the football team, students and fans are) and spends most of the time looking at his muscles in the mirror