Why Does Everyone Hate Roger Goodell?
Odyssey

The NFL commissioner's actions are finally being called into question 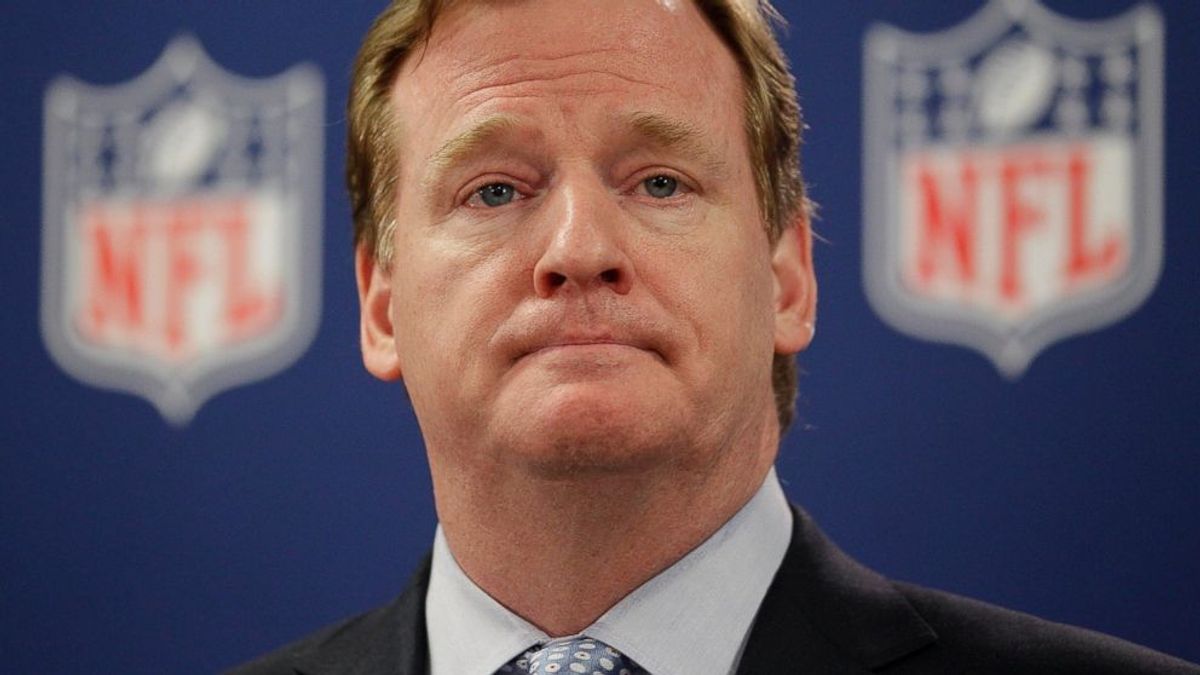 Over the past few months, it has been difficult to make it an entire day without reading an article on Roger Goodell’s tumultuous tenure as NFL commissioner. However, many fans are content just to follow what happens on the field and nothing else. In order to fully grasp the criticism of Goodell’s handling of Deflategate, we have to look at his mishandling of all the previous NFL scandals.

Shortly after becoming commissioner, Goodell was dedicated to cleaning up the league’s image. This was inspired by the 2006 offseason during which nine Cincinnati Bengals players were arrested. This led to the introduction of the substance abuse policy and the player conduct policy, which allowed the league to dispense whatever punishments they felt were appropriate, regardless of an actual conviction of a crime. Goodell said of the player conduct policy, "It is important that the NFL be represented consistently by outstanding people as well as great football players, coaches, and staff. We hold ourselves to higher standards of responsible conduct because of what it means to be part of the National Football League”. Unfortunately, Goodell took this to mean evidence of actual wrongdoing was optional. If you made the league look bad you were getting punished.

These punishments were often were often incredibly strict to act as a deterrent from future infractions. The severity of these punishments however, rarely matched the severity of the crime. Donte Stallworth was suspended for the entirety of the 2009 season after being convicted of DUI manslaughter. Josh Gordon was also suspended an entire season but for violating the substance abuse program. For arguments sake, let’s just agree with Goodell’s ridiculous take that manslaughter and recreational drug use are on the same level. That would raise the question as to why Jim Irsay's arrest in March for a number of drug charges took six months and public outrage for the NFL to hand out a suspension. In short, every decision Goodell makes is fueled by his greed, hypocrisy and arrogance.

The first event, and one of the many “gate” scandals, to tarnish the Goodell legacy was Spygate. As a reminder, Spygate involved the New England Patriots videotaping the practices of their opponents to gain a competitive advantage. Four days after the allegations, Goodell handed out a $750,000 fine and the loss of a draft pick. Many commended the commissioner for being so swift and strict with levying a punishment against one of the league’s most popular franchises. However, it was later discovered the NFL did not receive the tapes in question until days after the fine was announced. This means Goodell actually handed out a punishment without ever reviewing the key pieces of evidence.

To make matters worse, he then ordered that the tapes be destroyed on sight because the investigation was already over. When allegations later arose that the Patriots may have videotaped the St. Louis Rams to gain an advantage in the Super Bowl, Goodell assured everyone that the tapes were not of the Rams, despite never having actually seen them himself. Of course we should just take Goodell’s word that the Super Bowl wasn’t influenced by a team cheating. He would have no reason to lie about the outcome of the biggest game of the year being affected by a cheating organization led by his very close friend, Bob Kraft. In short, Goodell handed out punishments without a proper investigation and then destroyed evidence to cover it up.

The next “gate” to plague the NFL was the New Orleans Saints’ Bountygate scandal. This scandal occurred in 2012 and involved Saints players and coaches creating a monetary incentive program for injuring opposing players. Goodell, as he did with Spygate, tried to get out in front of the situation by issuing penalties immediately. This time, he issued some of the strictest suspensions in NFL history: two season-long suspensions for player Jonathan Vilma and Coach Sean Payton, and an indefinite suspension for defensive coordinator, Gregg Williams.

In yet another effort to show his supposed control and save face for the league, Goodell ignored evidence and unilaterally made a decision without due process. Several lawsuits and criticism from both the players and the media resulted in former NFL commissioner, Paul Tagliabue stepping in as an independent arbitrator. After hearing the appeal, he decided to vacate the suspensions of all four players involved. Once more, Goodell handed out punishments without a proper investigation and eventually created more negative publicity than the original scandal.

Lastly, we have the Ray Rice scandal--the smoking gun, as it were. The NFL, and mostly Goodell’s, handling of this situation went as poorly as possible. For anyone who has successfully repressed the memories of this awful situation, let's recap them: security camera footage was released showing the Baltimore Ravens’ running back Ray Rice dragging his unconscious fiancé off a casino elevator. Ray Rice met with the commissioner and, after conducting what the NFL deemed an “investigation,” was suspended for two games. Remember that this is the same league that imposes season long suspensions for marijuana use, yet apparently feels domestic violence deserves a fraction of that.

Following the suspension, video footage from inside the elevator revealed what anyone with common sense already knew, Rice assaulted his fiancé and was the reason she was unconscious to begin with. There are already countless articles proving that there is no way the NFL did not see this footage prior to issuing Rice's "punishment." Regardless, after public outrage like the NFL had never seen before, Goodell issued Rice an indefinite suspension, somehow believing it was legal to punish someone twice for the same crime. An appeal found that as no new evidence had been presented, the NFL could not suspended Rice again and the suspension was overturned. And for a third time, Goodell handed out punishments without a proper investigation and eventually generated more negative publicity than the original scandal itself.

Finally, we come to present day, where the sports media is being dominated by PSI levels and destroyed cell phones. Deflategate, for those who have been fortunate to avoid the bombardment of stories the past few months, involves the New England Patriots allegedly deflating footballs to gain a competitive advantage. The NFL leaked, what has now been proven to be, false information about the PSI levels of the balls and suspended Patriots’ quarterback Tom Brady. Brady filed an appeal that was heard by, guess who, Roger Goodell. Yes, you read that correctly.

Goodell named himself the arbitrator to hear an appeal on a suspension that he issued--almost as if he wants to flaunt his unbridled power. The suspension was upheld and now Brady has filed a lawsuit against the NFL. While the lawsuit is still ongoing, it has been determined that the NFL does not and has never had any evidence of Brady’s involvement with the possible deflation of the footballs. However, the two sides continue to argue over the semantics of whether Brady interfered with the investigation. To recap, Goodell handed out punishments without a proper investigation, then named himself the impartial arbitrator, upheld his original decision and has made the league a complete laughingstock.

Suffice it to say, there are heaps of reasons for Goodell's constant crucifixion in the media. By attempting to make examples out of single players, he consistently leaves the league in a vulnerable position. He talks out of two sides of his mouth, feigning concern for players' safety regarding substance abuse, yet he's done nothing about the rampant concussion issues. The league can only withstand destructive leadership for so long, especially with the NBA and MLB electing progressive, forward thinking commissioners. The NFL is the country's most popular sport by a wide margin, but it's hard to believe Roger Goodell will be around to much longer to enjoy its success.