An Interview with a 2016 Youth Olympian: Becca Hass

An Interview with a 2016 Youth Olympian: Becca Hass 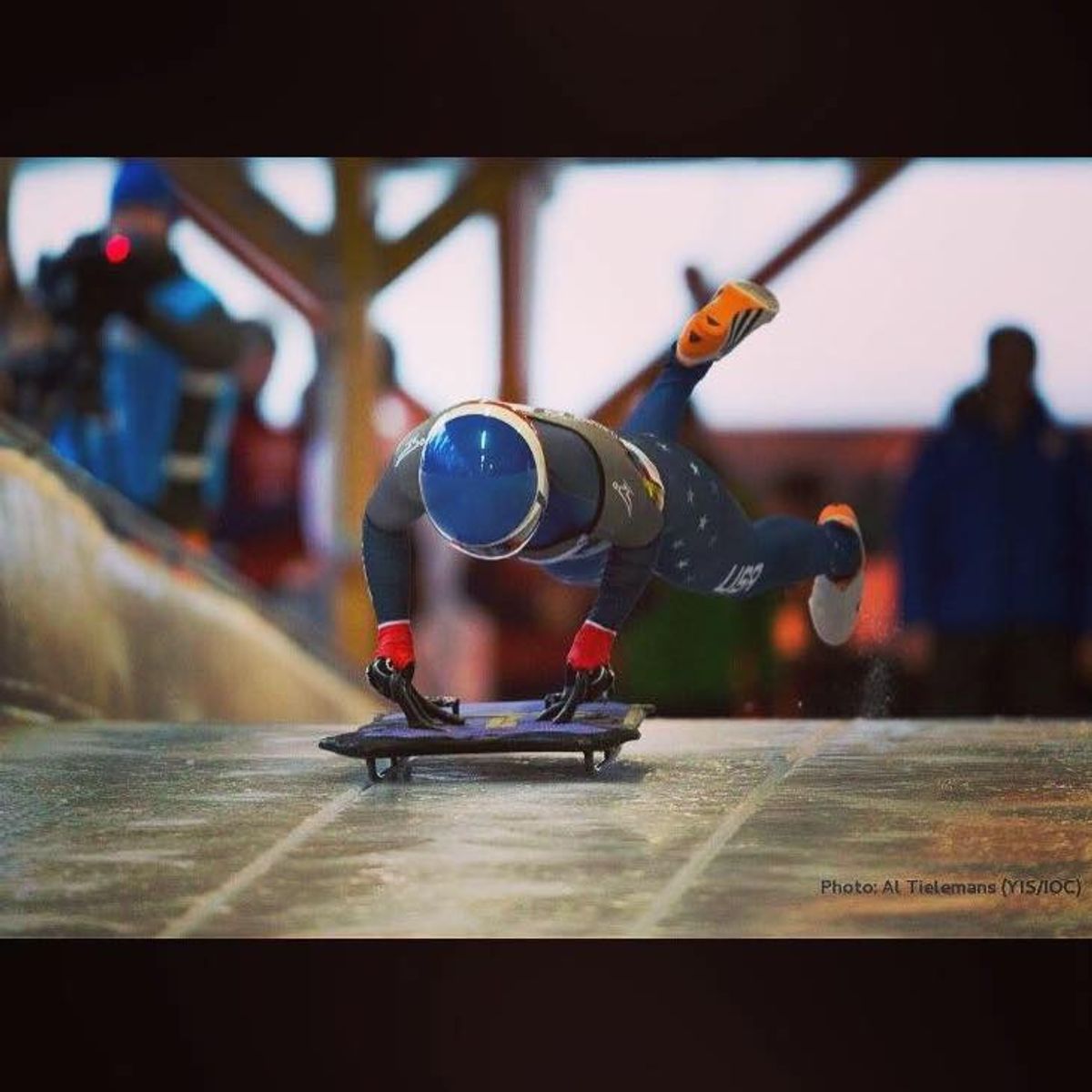 Becca Hass is a 17-year-old 2016 Youth Olympian and USA Skeleton Athlete. Skeleton involves sliding down an icy bobsled track, head first! A native of Fair Haven, New York, Becca started sliding skeleton at age 13 and junior bobsled when she was nine years old. She considers the site of the 1980 Winter Olympic Games and Miracle on Ice location, Lake Placid, New York to be her home track and is also where she spends her winters. Becca is currently a high school senior at Keystone National High School (Online), which allows for her constant travel and competition schedule.

A: Oh gosh, I don't even know any rainforest animals. Here we go with this interview. Are there any cute animals? I'd have to go with sloths, because they represent me.

Q: Great now that we got that out of the way, tell me about the Youth Olympic Games in Lillehammer, Norway. How did the races go?

A: The races went really well. In practice, I was running fourth place but got injured the day before the race but still ended up in 9th place overall, which was top placement for any U.S. sliding sport. There were a lot of different cultural events too.

A: They have a weird texture and I don't know why anyone would eat them.

Q: What was the vibe of the Youth Olympic Games? Was there any activities outside of your competition schedule?

A: It was really chill. Everyone got along really well. Outside of sliding there wasn't really any competitiveness, everyone was really nice to each other. There were different events where you could learn to cook from different cultures. Or you generally spent time with people from different countries and see the differences and similarities. There were activities every day such as human bowling, bubble soccer, or "Try This Sport" where I saw someone head butt an ice wall when trying luge.

Q: Was it a dream of yours to represent the United States?

A: Yep, it was a dream. My first experience though was in December 2014 when I won an international youth race for the United States in Lillehammer, Norway, the site if the 2016 Youth Olympics. I got to have the flag raised and the national anthem played which is every sliders dream. But going to the Youth Olympics and wearing the jackets and clothes saying "US Youth Olympic Team" was an honor, and I feel like all of my training that went into the sport was worth it in the moments of the opening ceremonies.

A: We got huge boxes of jackets, shirts, pants, hats, shoes, etc. that all said US Youth Olympic Team on them or just USA in general and it was all sponsored by Nike.

Q: Did you make any new friends?

A: I made a lot of new friends. The main person I hung out with through the Youth Olympics was a Great Britain Skeleton athlete named Ashleigh Pittaway. Her and I basically stuck together the 10 days of the Games. But I have many friends now from Romania, Russia, Germany, Latvia, Netherlands, Canada, Brazil, and so on. We constantly keep in touch with each other over Facebook.

Q: I heard you like cats. What are your cats names?

A: My cats name is Angel. And my sister's is Baxter. They are very cute but mine is the cutest of all though and I'm constantly showing picture of her to people. I have had her since I was three and she is more of a small dog than a cat.

Q: What was your favorite aspect of the Youth Olympics?

A: The different events that brought people together. Bubble soccer (you are constantly knocking people over) or something like that. It just brought random people together who didn't know each other together by doing something fun and ridiculous.

Q: What is next for you?

A: Right now, I am in USA Team Trials and I am hoping to make North America's Cup, which is the four tracks in North America. And I will be going to Junior World Championships in Sigulda, Latvia in January. Shoutout to Don Hass, dad and coach.

Q: Favorite person who may be giving this interview?