They work hard at their craft, they are intelligent people, and have dreams and goals just like most of you do. 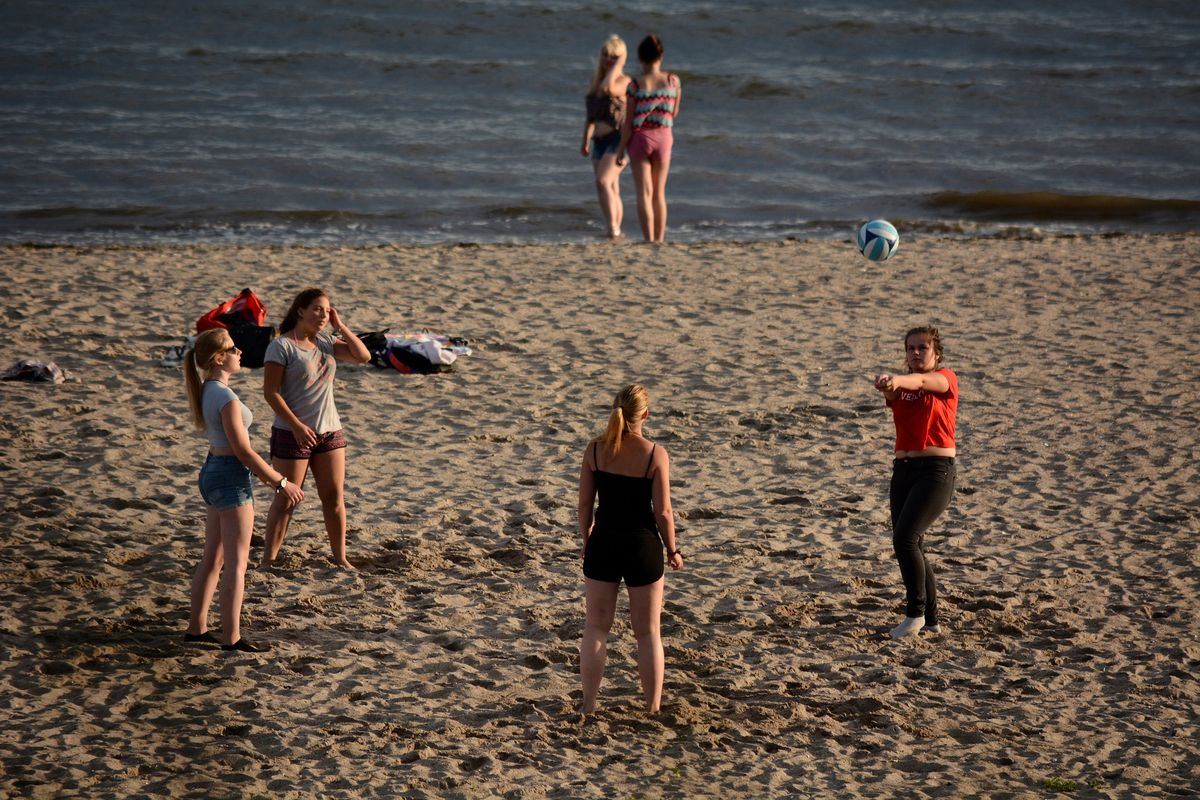 Let's be real, movie stars are attractive. Straight up beautiful. They look great on their stage.

However, you can say the same thing, perhaps more, about athletes, especially volleyball players. Most of them are tall, but they're all talented. However, that's not all that they are. They're beautiful-appearing people too.

Wilhite plays for Busto Arsizio in the Italian league and played her colege ball in the twin cities at the University of Minnesota. She's a hometown girl through and through. This 6'1" outside hitter is a master at her craft and continues to grow in her career as a professional athlete.

Plummer is a rising sophomore at Stanford, but she was one of the elite players in the country as a freshman, bringing home AVCA freshman of the year honors, as well as being all-conference and all-freshman as a freshman. She plays the beach volleyball variety (which is a tougher surface to play on because the surface is more uneven, making the conditions tougher) on top of being on the indoor volleyball team. Plummer is a versatile physical specimen too, playing both the outside hitter and setter positions, and at 6' 6", her length makes her a match-up nightmare for any opposing player. She's pursuing a career in physical therapy after her playing career is finished, which seems like it will be a long time before she does so.

She knows what her role is on the team and she does it well, similar to a movie star. This 5'9" rising sophomore also shows you that you don't have to be the 'stereotypically tall' specimen like Kathryn Plummer to succeed at the collegiate level in volleyball.

Stephanie Samedy is a do-it-all player for Minnesota. At 6'2", she is a tall weapon on the outside that has more than lived up to her no.5 ranking of overall recruits aiming to play volleyball in college. She teamed up with fellow-gopher Sarah Wilhite as an opposite hitter to form a formidable 1-2 punch on offense. Samedy was just a freshman this past season, and the sky is the limit for her.

Smith is a 6'4" rising sophomore who plays collegiately at UCLA. Over the course of high school leading into college, she has always understood the importance of being a clutch player making clutch plays, and as a middle blocker, you can depend on her to rise to the occasion.

This former Wisconsin Badger is another do-it-all player on the volleyball court. At 6'2", she is versatile both inside and outside, where she is primarily a setter, but can step up to make a block on defense. She is currently a member of the United States women's Olympic volleyball team.

Hancock is a Penn State graduate and 2-time national champion as a collegiate volleyball player. She also plays with Lauren Carlini on the U.S. olympic team, and is a setter just like Carlini, even though Hancock is 5'11" compared to 6'2" for Carlini. Micha and Lauren competed in the Big Ten together for two seasons and against one another in the national championship in 2013. Additionally, Micha Hancock is best known for her jump-serve, which is a rocket off her left hand, and currently plays professionally in Italy for Impel Wroclaw, on top of being a member of the U.S. Olympic team.

Lilley just finished her freshman season at Kentucky, where she was a part of the roster that marched to the elite eight before falling to the national champion (Nebraska). Lilley was the best setter in her state (Kansas) coming out of high school, and was a high school All-American on top of being named high school player of the year as a junior. As a 5'11" setter, Madison excels at her role and will continue to develop as a player while she competes to win championship(s) for Big Blue Nation.

Carli Snyder grew up a short drive away from where I live (Macomb, Mich.) and you can't help but appreciate the fact she traveled cross-country to Gainesville, Fl. (University of Florida) to pursue her education and athletic endeavors. She is a tremendous talent, having garnered AVCA recognitions as an All-American honorable mention and was all SEC as a junior in 2016. On top of that, she epitomizes the term 'student-athlete', as she appeared on the academic honor roll as a true freshman. At 6'1", she is a deadly weapon as an outside hitter and can use her long frame to extend over blockers. Snyder has graduated from Florida with a degree in African International Studies.

Bajema is a versatile front-court player for the University of Washington. After playing the middle blocker position as a true freshman and to start her season as a sophomore, she moved outside as a hitter as a sophomore, a position she excelled at in high school. At 6'2", she has the length to outlast blockers and can also be a nightmare for opposing hitters. She was named to the Pac-12 All-Freshman team in 2016 and was also an all-conference honorable mention as a true freshman.

Wetterstrom is heading into her junior season at Michigan, and has performed well in her first two years on the roster as an outside hitter. She has been a big-time player against the best competition, especially as a sophomore, especially in her performance against a top-10 Michigan State team. Coming out of high school, she was a top-100 recruit and has lived up to expectations since arriving in Ann Arbor. Sydney is also a scholar-athlete at Michigan and is poised for a big junior year.

Morgan Kull is similar to Hayley Densberger who was mentioned earlier, where both of them are 5'9" serving specialists, although Kull only played in three matches this past season at Auburn. Kull is a bonafide student-athlete, where she was academic All-Conference all four years in high school. Also during her high school days, Morgan was named the United States Marine Corps Distinguished Athlete as a senior and was a captain in two different seasons. The future is bright for Morgan Kull at Auburn.

Korte hasn't seen a whole lot of playing time yet since she is just finished sitting out due to NCAA transfer rules. Before Kaylin enrolled initially at Illinois, she excelled as a high school player, earning AVCA All-American honors as a senior and also being both an all-conference player three times AND a three-time MVP at her high school. There is a lot of potential for the 6'0" sophomore outside hitter to fulfill at Clemson and she has the ability to do so.

Ruddins is a 6'2" rising fourth-year junior outside hitter for the Gauchos (Yes, that is their nickname!) and is one of the most mentally tough players in the country. Yet she overcame that and still received All-American honors as a third-year sophomore, and set an NCAA record 5.84 kills per set. She's a player who can carry your team with her arm, and because she's 6'2", Ruddins has the length to overmatch opposing blockers. She's reached an All-Conference and All-American level of performance in just two years of collegiate volleyball, so she is a force to be reckoned with for future opponents.