20 Coolest Animals In The World
Odyssey 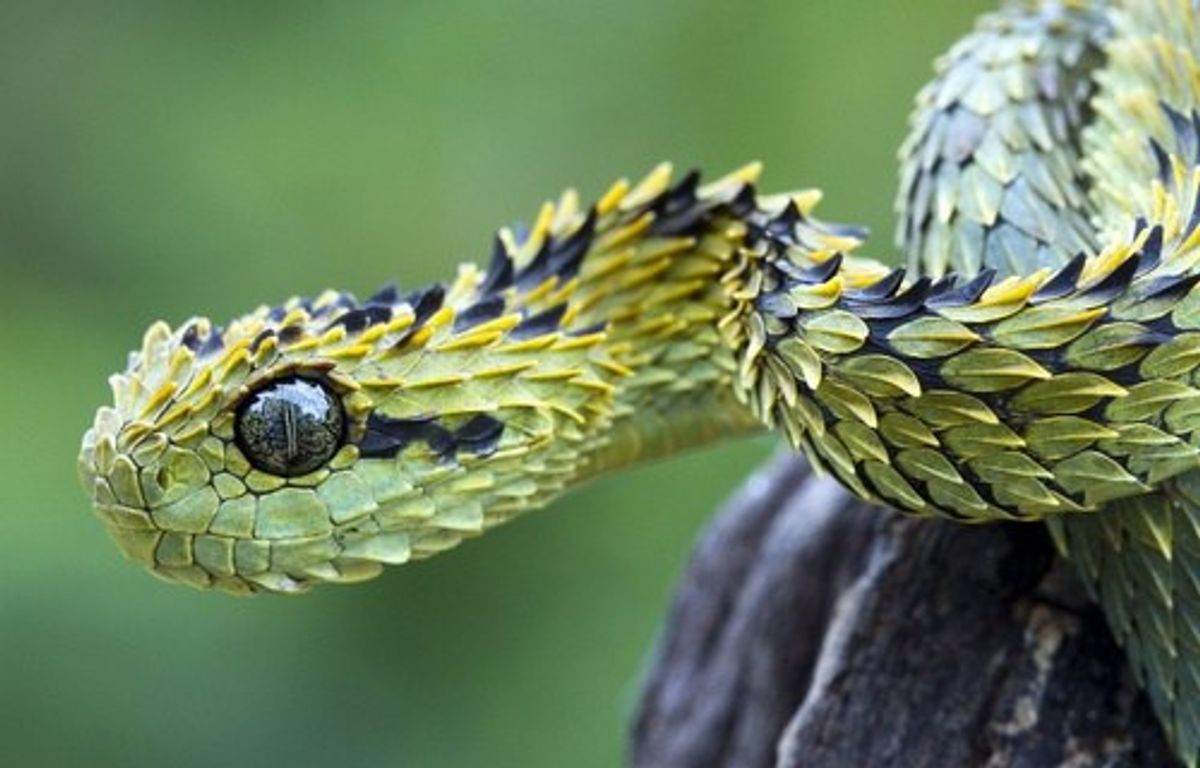 The world is full of amazing animals. So amazing, that narrowing them down to 20 felt nearly impossible. To determine who made the cut for this list, I used very important factors such as, cuteness and how much some of them looked like Pokémon. I know, very official. So here are some of the coolest animals in the world.

SEE ALSO: 15 Strange Animals You Can Ride And Look Cool Doing It

The okapi is an animal native to the Democratic Republic of Congo in Africa. Although the stripes make many people believe okapi are related to zebra, they are actually closer to giraffe. Okapi are solitary creatures and come together to breed. They are herbivores, mostly eating leaves, grass, and other plants.

3. Glaucus Atlanticus or "the Blue Dragon"

These little dragon-like creatures are often only about a few inches long and can be found in the Indian Pacific Oceans. The blue dragon floats upside down in order to blend the blue side of them with the water, and the silver side with the surface of the ocean. This tiny dragon feeds on creatures like the man o' war and can even deliver a sting similar to it.

The maned wolf is often found in the grasslands of south, central-west, and southeastern parts of Brazil. It is neither related to wolves nor foxes despite its appearance and name, but is actually closer to dogs. The maned wolf hunts alone and primarily eats both meat and plants (about 50% of its diet).

The fossa is a carnivorous animal located in Madagascar. Despite having many traits similar to cats, it is more closely related to the Mongoose. The fossa is only found in forest habitats and can hunt in either daytime or night. Over 50 percent of its diet happens to be lemurs.

Look closely at the teeth, do they look familiar? This fish is found in the waters of South America. This fish, while related to the piranha, can actually grow much larger. They can also be found in rivers like the Amazon and is an aid to the fishing industry. Unlike the piranha, pacu mostly only eat seeds and nuts, though can still create nasty injuries to other animals if need be.

The slow loris is a nocturnal creature found in Southeast Asia. While very adorable, the loris's teeth are actually quite venomous. The toxin on their teeth can also be applied to fur through grooming to protect its babies from predators. Often times these creatures forage and spend time alone, although can on occasion be seen with other slow lorises. Apart from their toxic teeth, the slow lorises have another defense mechanism, in which they move nearly completely silently in order to prevent discovery.

These cute, fluffy rabbits are among the hairiest breeds of rabbit of both wild and domestic types. These rabbits originated in Turkey although managed to spread throughout Europe and was even brought to the United States in the 20th century. These rabbits are often bred for their soft wool which can be made into clothing, and often get rid of their own coats every 3-4 months.

The axolotl or "Mexican salamander" (who looks like a Pokémon , if you ask me) is often spotted in lakes in various places around Mexico. These little salamanders are amphibious although often spend their adult lives strictly in the water. However, the population of these cute creatures is dwindling due to non-native predators and the continued urbanization of Mexico. The axolotl eats small worms, insects, and fish in order to survive.


The liger, however made up it sounds, is a real (and cute) animal created by a lion and a tiger mating. Ligers only seem to exist in captivity or zoos because the lion and tiger don't share the same habitat in the wild. Unfortunately, these animals don't live very long or are sterile despite being bigger than both the lion and the tiger. While these animals are cool and unique, they are not strictly natural or sustainable.

I don't know about you all, but this vulture reminds me of a phoenix which was initially why I looked into the creature. These vultures inhabit a range of places from southern Europe to the Indian subcontinent, to Tibet. This vulture, like other vultures, typically eats dead animals, although it has been documented that the bearded vulture will attack live prey more often than other vultures.

This unusual shark is also known as a "living fossil" because they are the last representative of sharks that lived about 125 million years ago. It is a deep sea shark that can grow between 10-13 feet if not longer. The goblin shark has been caught accidentally in every major ocean. The goblin shark is not a fast swimmer and relies on ambushing its prey.

This cute, small panda lives in the eastern Himalayas and southwestern China. The red panda is rather small, only about the same size as most domestic cats. Its eating habits range from bamboo, to eggs, to insects, and several other small mammals. The red panda is primarily sedentary during the day and at night or in the morning does whatever hunting it needs to do.

This blobfish is, in a way, so ugly that it is cute (although reminds me of a certain Pokémon ) This fish lives in the deep waters of Australia, Tasmania, and New Zealand. The blobfish has a density only sightly above that of water. The fish primarily hunts by just floating along and letting creatures wander into its mouth, rather than expending any energy.

The leaf deer is usually found in dense forests in the northwest region of Putao. The adult leaf deer only stands at about 20 inches high and the males and females are nearly identical except for an inch long horn on the males. It is called a leaf deer because hunters could wrap the deer in a single large leaf.

While tigers are a more common animal than many others on this list, it is still one of the coolest animals in the world. Tigers are the largest of all cats and once ranged from Russia, to Turkey, to parts of Asia — almost all over the world. These animals are fierce, powerful creatures, although they are on the endangered species list.

Narwhals are a species of whale that live in the waters around Greenland, Canada, and Russia. The narwhal's diet changes depending on the time of year: in the spring the narwhal will eat cod, while in the winter the narwhal will eat flatfish. Narwhals can live up to 50 years and most frequently die of suffocation from being trapped under the ice.

Cheetahs, while more commonly heard of then some of the other animals on this list, are still incredibly cool. They often inhabit many parts of Africa and Iran. These amazing cats can reach up to 60 miles per hour in three seconds and use their tails to make quick and sudden turns. These amazing cats also have semi-retractable claws which helps with speed. The cheetah, however, doesn't have much besides speed to defend itself.

This GIF demonstrates the mating dance used by male superb birds of paradise. Typically females reject about 20 mates before selecting one they want to mate with. They are often found in New Guinea although it is unsure just how many of these birds there are. As far as scientists know, the population has remained stable.