9 Words And Phrases Donald Trump Says All The Time
Odyssey 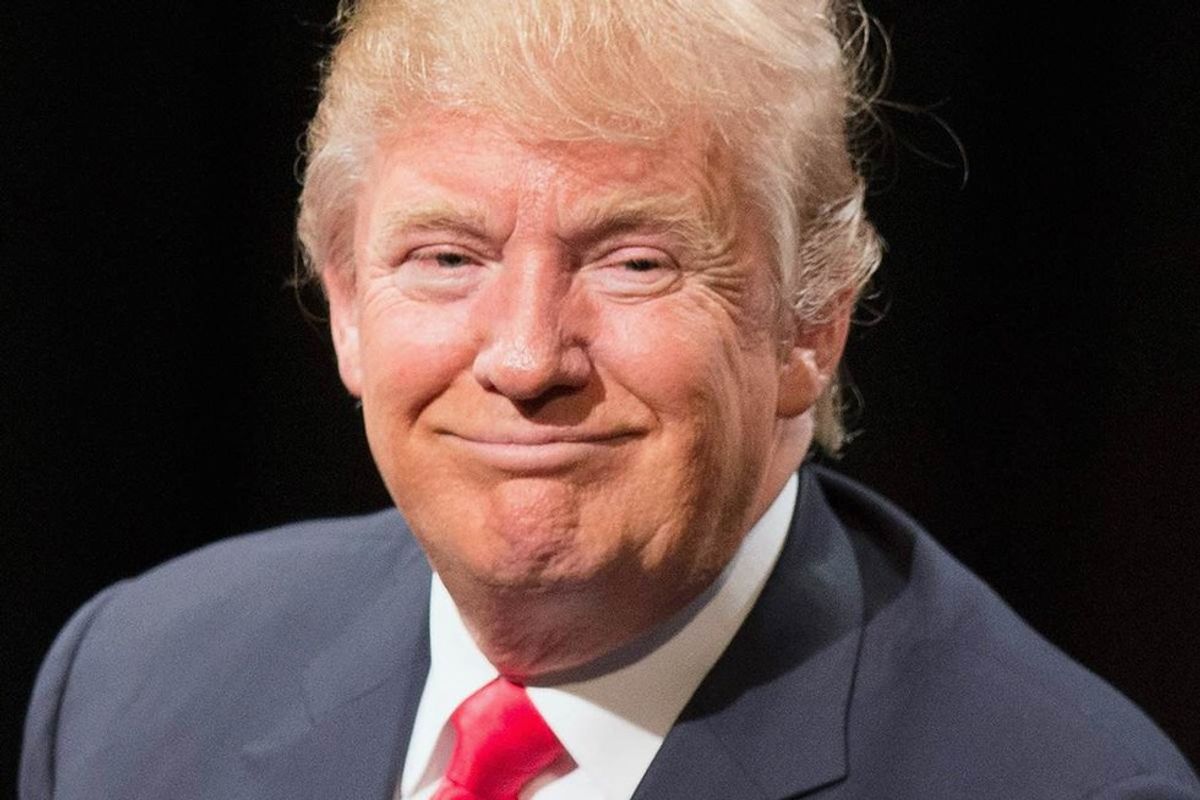 The Republican nominee for the presidency is not an ordinary candidate. The Donald is not a politician; hence, he is also not a rehearsed politician. Aside from the handful of times in which he's used a teleprompter, he's stood upon every stage, or sat down at every interview, and just kind of... talked. It's one of his appeals to his supporters, as it makes him appear less phony and more of a guy who really believes in what he's saying. However, compared to his politician counterparts, his impromptu rhetoric can sometimes seem elementary. One of my favorite examples of this phenomenon is in the fact that he has a mental chest filled with a select few words and phrases that he says in every answer to every question he's asked as well as in every speech. Here's a list of Donald Trump's most commonly-used words and phrases.

Donald Trump's campaign slogan echoes that of Ronald Reagan's 1980 campaign, as it captures the idea that America needs to be brought back to the good ol' days. While there is plenty of debate on exactly which time period he's referring to, there is no question that he is passionate about the idea behind his slogan, since he seems to work it into every answer to every question he's ever asked. Remember the debates last fall and winter, and how everyone tuned in to see what the next thing Donald Trump would say would be? I do. I remember getting frustrated with Donald, because I wanted to hear his real ideas, but he was so horrible at answering questions with specificity. Sometimes he would just chalk his answers up to something as simple as, "Look, I just wanna make America great again." Even Senator Marco Rubio pointed this out at one of the later debates, saying, "[Trump] says five things: 'Everyone's dumb, he's gonna make America great again, we're gonna win, win, win, he's winning in the polls, and the lines around the state.'" I mean, he wasn't wrong.

Donald Trump loves criticizing people. It's what gives him his power. So, as a presidential candidate, he has been quick to criticize the records and policies of those he is/was running against, as well as those of President Obama. For example, he can't seem to touch on the subject of healthcare without calling ObamaCare a "total disaster." Go on Youtube, watch any video of Trump talking from the past year. Within five minutes, you will hear him refer to a politician or a policy as a total disaster.

He doesn't have a very deep reserve of adjectives and adverbs, either. "Tremendous" and "tremendously" come out of his mouth like water from Niagara.

I kind of feel like Trump relates to one of my favorite Michael Scott quotes: "Sometimes I'll start a sentence, and I don't even know where it's going. I just hope I find it along the way. Like an improv conversation. An improversation." When Trump talks, he seems to stall with long phrases and excessive use of the word "and" so he can double uses of go-to words while he thinks of where he's gonna take his point. Whenever he talks about how many people support him, or how many immigrants illegally cross the U.S.-Mexico border, he refers to them in the millions. And millions. But, he has a special Trump-y way of pronouncing it : "Millyins and millyins."

Same thing with #4, except with a B. Mostly when he talks about how much money we are losing in unfair trade deals with China.

Also along the same line as #4 and #5, Trump uses the phrase "many, many," refusing to say just one "many." That extra quarter-second used for pronouncing the second one appears to be a great deal of importance for Donald's speaking techniques. He uses this phrase when he refers to the amount of "friends who are Muslims" that he has.

Trump says this one a lot, typically right before he says something that most people won't believe, anyway.

Man, does he love talking about China. Their supposedly unfair trade deals with the United States made up a huge amount of the subject matter in Trump's economic rhetoric. "If you take a look at China..." was a very common beginning of a Trump sentence during the debates whenever trade was brought. He's probably said the word "China" more times in the past year than the actual president of China has in his entire career.

Poor, poor Jeb. In an alternate universe where Donald Trump doesn't run for president, Jeb Bush is the Republican nominee. Unfortunately for him, that's merely an alternate universe. Since day one, Trump was making punches at good ol' Jeb on a daily basis, and once the debates came around, Jeb was subject to the torture on live TV. Trump made his campaign famous for the nonstop attacks on other candidates, but Jeb got it the worst. One of Trump's go-to methods of answering a debate question was to attack Jeb, even when Jeb had nothing to do with the question being asked. Because of these attacks, Jeb lost most of his support, and had to suspend his campaign. I can't help but feel bad for Jeb, because every year, when the Bushes gather for Thanksgiving, Jeb is the only guy at the dinner table who hasn't been president.