The Olympics: More than Just Sports

Every four years, the world comes together to proudly represent their country 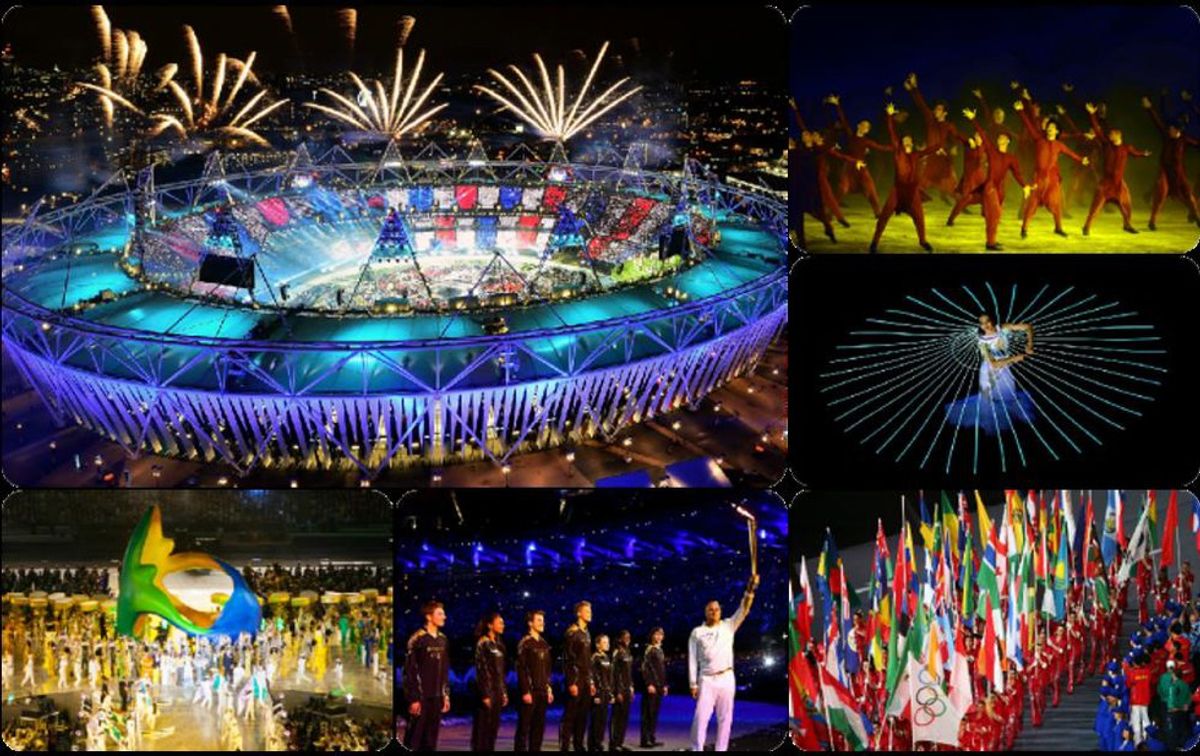 Every four years, something magical occurs: The Olympics. Two times a decade, politics, hatred, war, peace and misconceptions are all put aside as the whole world is united together to compete in different sporting events. The sports are universal and a common breading ground for all of the participants, regardless of age, gender, sexuality, language and culture.

With the upcoming election coming up in the United States, it is truly a great distraction from the “Race to the White House” segments on the major news networks. Watching the whole world essentially come together and compete for the gold is a magical thing that takes years to put together.

Aside from the unity of the world, it is also an opportunity to see what talent people you don't hear about very often have. You see, I LOVE white water rafting, but had no idea it was an Olympic sport. It was fascinating to see how something that is such a neat experience for me is also a passion for other people who fight for the highest accolade as they paddle through treacherous rapids and make sharp maneuvers around the obstacles. It is a sport that is exciting, but so dangerous it warrants a helmet to participate.

Now onto everybody’s favorite subject of the Olympics: The Final Five, formerly known as The Fierce Five. The Team USA Women’s Gymnastics team is mind-blowing. Just mind-blowing. The team of Aly Raisman, Gabby Douglas, Simone Biles, Madison Kocian and Laurie Hernandez is by far one of the best teams that USA has competing. The Team USA Women’s Gymnastics winning gold for “Final," was a big accomplishment, as well as this team going down in history forever as The Final Five.

The world is a scary place. The Olympics are proof that no matter what happens in the world, Every four years, we will put everything aside and compete in the things that really matter. It is a signal of strength and resilience.

It is no secret that everybody gets all hyped up for the Olympics. Yes, it is a place for sports mavens and to see the most talented athletes in the world come together. But aside from the sports, it is just a very refreshing change for NBC to be crowded with scenes from beautiful Rio de Janeiro rather than the sight of a tragic event. Also, it really shows how powerful the world is to be able to put on an event, even despite the fear of Zika virus in Rio.

Aside from being the 2016 Olympics, one thing that is coming to an end is the Women’s Gymnastics Team. For the first time in history starting in 2020, the United States will have a four person power squad instead of five. Commemorating that the Rio Olympics was not only the year of the Fierce Five, but unfortunately known as the Final Five.

2012 London Gymnastics superstar Gabby Douglas is no novice showing up to the 2016 games. Through hard work and determination, making it to the games she said this quote, “Gold medals are made out of sweat, blood and tears and effort in the gym every day."

Nicole Marie Nigro
Individual Creator
8614
c1.staticflickr.com
Where to start...... Let me start with the cliche that life throws us curveballs and what we do with it is what counts.