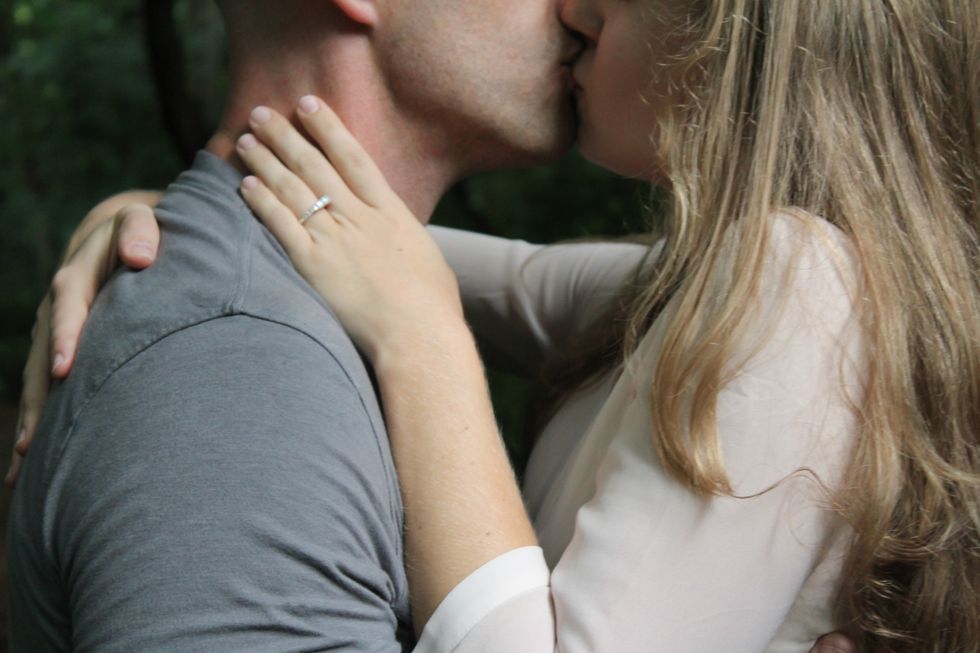 It wouldn't be unfair to say that we live in a dating culture in 2018. We live in a milieu where a person is seen as some sort of oddball if they are single and people gain some sort of higher status not for the content of their character or the apparent purity of their heart but based on how active they've been in the dating scene.

As a Christian and as someone who began following Jesus in high school, I can vividly remember the relentless scoffing and attacks made on my sanity and my sexuality for holding to the view that abstinence and the maintenance of sexual purity before marriage was absolutely essential. I say none of this to suggest that dating is bad, but rather to call out an attitude that has a presence that is so thick in our day: that is the attitude that the chief end of human life is to find romantic love and enjoy it forever.

The Bible, which is the Word of God would disagree with firmness, and to unpack what the Bible teaches about the purpose of life, the Westminster Confession of Faith says this: "Man's chief end is to glorify God, and to enjoy him forever."

Last month I wrote an article that concerned the nature of Christian dating and what the essentials were with respect to it, which I said were, to put it basically, that both people have a relationship with Jesus Christ and that both people are bearing fruit to make plain that the former claim, if they make it, is true by a loving heart that is revealed. In short, if someone is a Christian and fruit is in their life to make that obvious, such a person is fair game for the Christian man or woman to date. With that said, what are some things that concern dating that are not essential, but still possess a good amount of weight? In other words, what else is there to look for in dating that matters, but is not essential or weighty to the degree that mutual salvation is? I will share 2 in this article.

I want to caution that I do not mean to say that two people necessarily must be alike in every respect for dating to be rightly considered. In fact, that would probably be a bad thing in a way that is demonstrably the case. As they say, "opposites attract," and in this particular context, I think that statement is often true. Nevertheless, compatibility does hold some weight. For example, one way this really applies to me in my own life is the respect for personal space.

Me, I'm probably 60-40 introvert and I love to have time by myself to read, study, and think and I also love to enjoy the wide range of human relationships that I was made to enjoy, such as the relationships I have with my parents, my sister, and my church family (who are also my friends). Others may have a tendency to be clingy and want a person that they are dating all to their self. In my view, this is wrong, but I digress.

As for me, I couldn't stand to be in such a relationship and that personality difference would badly clash. To give some examples from my own life that are still relevant, but aren't so much "deal-breakers," if you will, as that last one, I personally love reading, writing, camping, hunting, fishing, hiking, sports, studying philosophy and apologetics, learning new things, music, and the arts.

Someone that had some of those interests would be greatly attractive to me, but these things, of course, would probably not be everything. For example, if a young woman passionately loved Christ and held Him as her highest passion and desired to follow Him with all her being, but wasn't into the outdoors as much as I am, this would not destroy my desire for her, however if a woman loved Jesus and was into the outdoors, then my attraction for her would probably increase significantly. When it comes to compatibility, things must be parsed through with wisdom, discernment, and a careful attention to the personal, pure needs of the heart.

Also, the Christian must trust in the Holy Spirit and guard their heart against selfishness and foolishness that come from their heart. To conclude this point, I would say that one should pay attention to their own needs and their passions insofar as they aren't sinful and selfish, but they must follow God and not their heart, as the heart is sinful and serves as an idol-factory to quote Calvin.

Family background is of some importance in the context of dating and marriage. This truth is captured in the saying that some will use that basically says that when a man marries a woman, in some sense he also marries their family. Of course, it would be mightily blessed, as I see it, to marry a godly young woman whose family is also madly in love with the Lord and pursues Christ as their treasure. It would be so sweet to marry a woman who treasures the Lord and just melt into a family that will encourage, edify, and build up in the Lord. The very thought of it mesmerizes me.

So, we know this is of significance and thus is worth looking into if you, reader, are considering a relationship or asking someone if they'd like to build a friendship. However, it is important too to recognize that family background is not everything. Let's say that a young woman who follows Christ was to meet a young man who passionately follows Jesus as well and has a mighty zeal for the Gospel, but upon building a friendship together and working toward dating it is discovered that this young man's parents are Buddhist.

They click, they are compatible, they delight in each other and in the company of the other, and they both know and treasure Jesus... it seems to be clear that it wouldn't be a bad thing for them to enter into a relationship, given other circumstances were squared away in their own specific contexts.

In my experience, few things can surpass the bliss of experiencing another believer of the opposite sex for all that they are. Nothing else quite matches being able to spend time with a woman who treasures Christ and clicks with you on so many levels. It is indescribably sweet to sit across a table from a godly woman who you resonate with and who you can go from deep discussion to laughter within a matter of minutes. It is pleasing, exhilarating, delightful, enthralling.

Dating indeed can be so incredible for the soul and the only way for it to be ultimately good is if it is in line with the wisdom, design, and Word of God.