Why you shouldn't be saying "I can't" 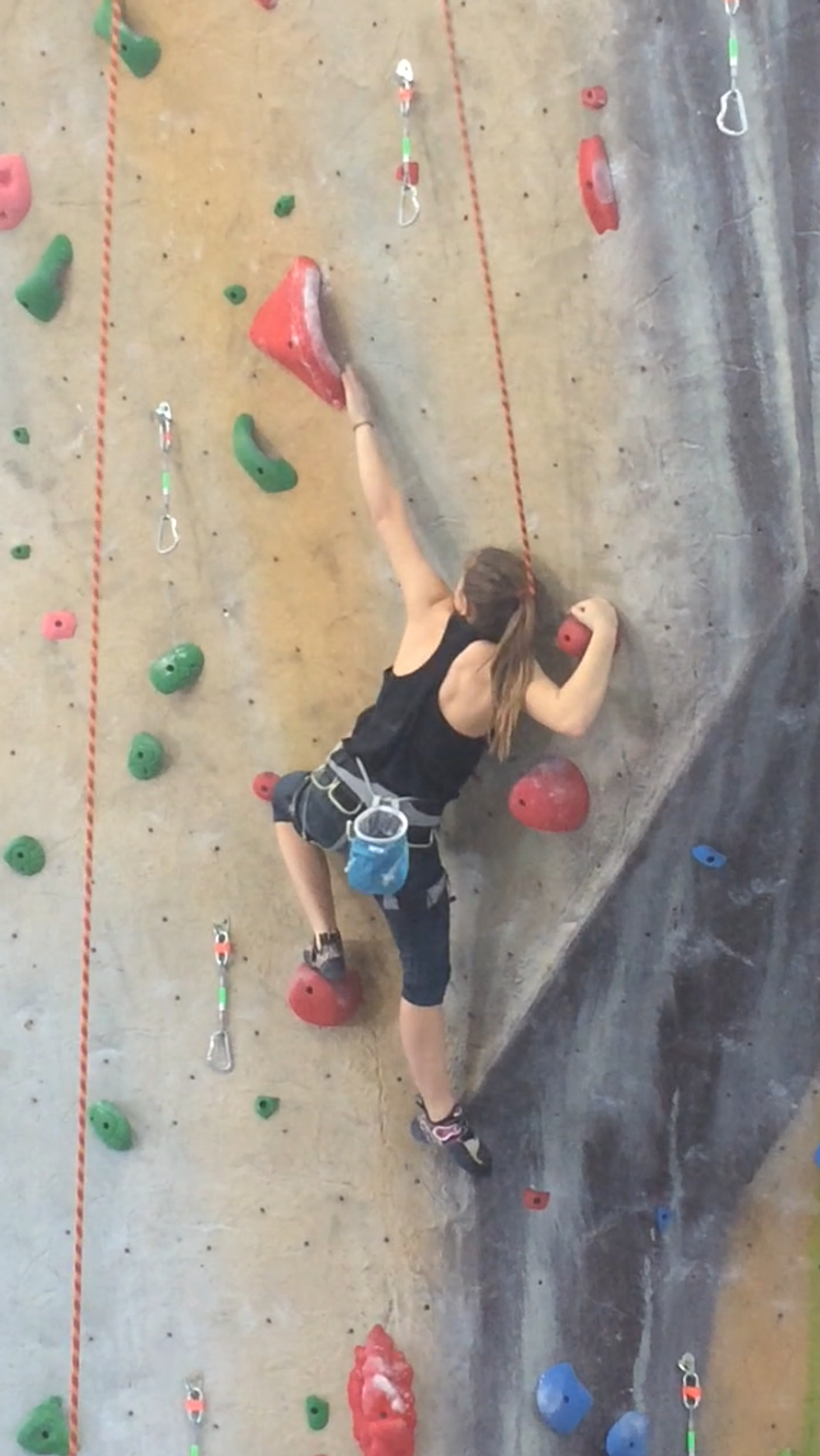 "Whether you think you can or you can't, you're right."
-Henry Ford

On my team, the words "I can't" are banned. Whether you think you are too short, not strong enough, or too big, there is always a way around that. That is one of the things I love about climbing- it's perfect for all body types. Every route can have beta developed for nearly every size and type of person. Unfortunately for the climber, this means that our excuses are not allowed to be based on physical ability.

Like most sports, the thing that holds you back in climbing is usually mental. Half of the battle of working and sending a route is figuring out a way to do it, and then trying hard enough. No matter how strong you are, if your mental game is not at its best, you won't climb well. If you are bad at reading beta*, then you won't be able to figure out a way to get past the hard moves. In the same way, if you get on the wall and joke around, throwing your arms at the holds and not really trying, then the likelihood of you sending lowers significantly. "Almost" all of your effort doesn't get you "almost" all of the result. It's that final push that makes success possible.

Saying that you don't believe you can succeed only reinforces your belief, and therefore lessens the possibility of success even more. As a result, the phrase "I can't" is banned from team practice.

Not only can this be applied to all sports, it also works in many life examples. The only thing stopping you from accomplishing your goal is your brain. Hesitation, lack of dedication, and doubt hold you back from doing what you could do. There are many ways to work past the three main mental blocks, but the few that I've found work well (at least for climbing) are the "power pose", the "happy place", and a "hero".

The "power pose" consists of several different poses that help boost your confidence. The first, and my favorite, you can standing or sitting. Keep your back straight, shoulder blades pinched together (to create good posture) and raise your hands above your head as if you were celebrating. The other, my sister's personal favorite can also be done on your feet or in a chair. Similarly, be sure to keep exaggeratedly good posture, but this time put your hands on your hips. For all of the poses, hold them until you feel confident and your nerves fade.

The happy place helps you relax, both mentally and physically. It also allows you to clear you mind and focus on one thing.

In most instances, your hero doesn't actually have superpowers. Instead, the majority of the time it is someone that you know well and look up to. It could be one of your parents, a teacher, coach, or even a teammate. When you need inspiration to not give up, think of that person and how hard they worked to get where they are. Let your wish to make them proud push you to give everything.

Next time you catch yourself making an excuse that starts with "I can't", stop and think if your telling the entire truth.