Ball Is Life: How The NBA Sustains Itself By Marketing To Black People
Odyssey

Ball Is Life: How The NBA Sustains Itself By Marketing To Black People

The other side of the court. 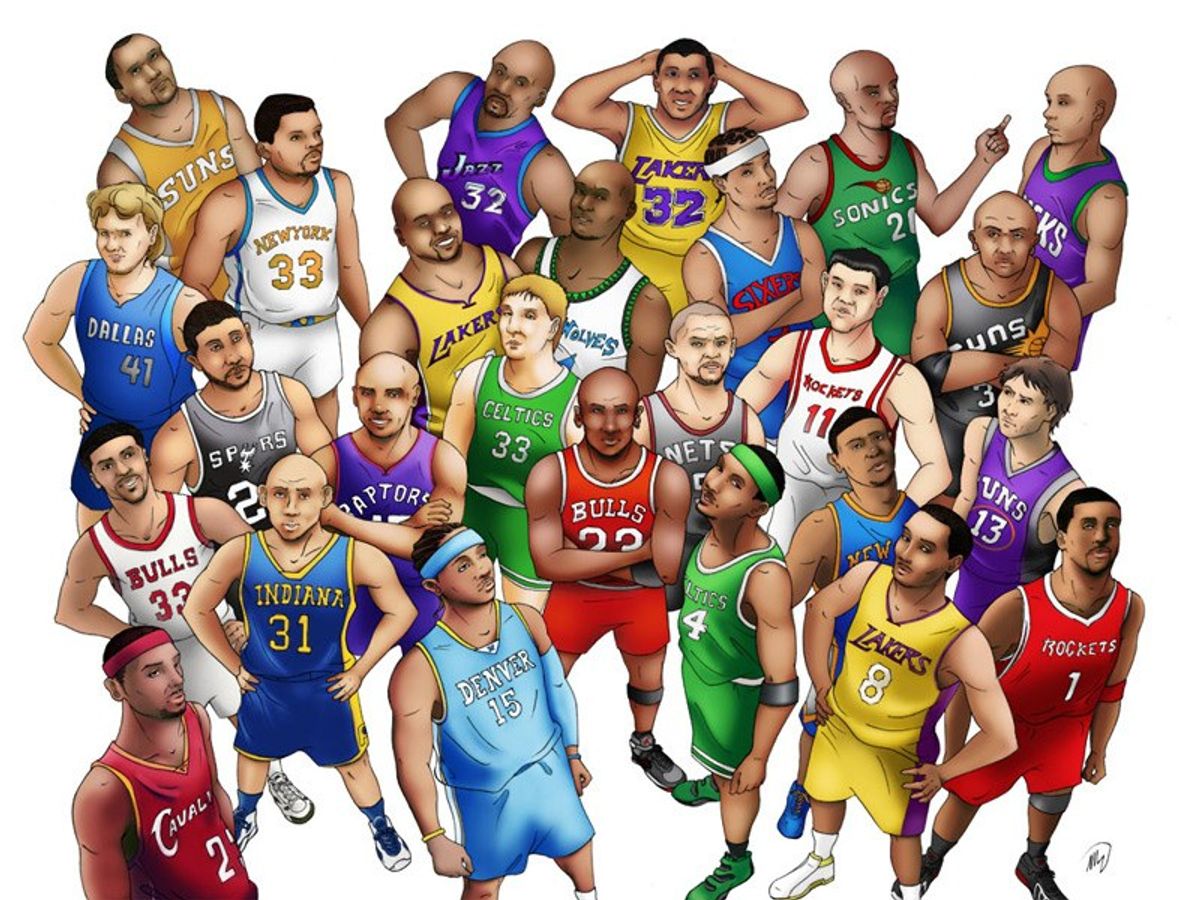 An intellectual once said: "Basketball is my favorite sport. I like the way they dribble up and down the court. Just like I'm the king on the microphone, so is Dr. J and Moses Malone. I like slam dunks, take me to the hoop. My favorite play is the alley-oop. I like the pick-and-roll, I like the give-and-go, Cause it's basketball uh, Mister Kurtis Blow."

I love basketball probably just as much as Kurtis Blow enjoyed making a song about the sport. The high-flying and mesmerizing spectacle is something to behold whether in person, or by TV (or, in this day and age, through social media, memes, etc). The science, pageantry, economics and particularly the marketing of the sport are intriguing topics that the National Basketball Association (NBA) facilitates like no other organization on this planet. But how has this entertainment conglomerate generated so much wealth that it's practically self-sustaining? I have a quick-drafted theory on this and I believe during this Warriors lead on the Cavs in the finals, now is the time to tell the good people (since it looks like Cleveland blew it, but hey, its the NBA).

With 30 teams, two conferences (East and West), and four divisions (Atlantic, Central, Midwest and Pacific), the players in this corporation are predominantly African American. Though a little dated (but still relevant), based on the NBA's annual Racial and Gender Report Card, three fourths of all players in the NBA are African American. Why is this important in terms of marketing? Due to high black representation, the appeal to the black consumer is a high commodity. The connection between entertainer and customer is established, and a wide gateway of commercialization is open to each and every person in the black community based on what qualities of the NBA they admire and take up for themselves (young kids in particular).

For example, "NBA 2K" for almost two decades has successfully integrated the NBA basketball experience with the video game world. "I gotta cop 2K when it drops" echoed each and every year. 2K gives users to experience a simulation of their favorite players. In the black community, 2K is one of the most popular games. Again, African American representation, and a famed lifestyle. Who wouldn't want to be an NBA player? With MyPlayer mode, you can do just that. You can make your rise throughout the league. Either way, this mutual bond between the black consumer and the use of video games creates revenue for the NBA, and the hope that one day the consumer can fill the shoes of the player they created.

Another example is the illustration of a comfortable lifestyle. From the contracts, fans, clothes, sneakers, movies, mixtapes, and so on, black lives like those of the Curry family are viewed by the fan as obtainable. In order to emulate, a fan might buy jersey's and other paraphernalia which, again, creates wealth for the NBA. Black interest is a high priority of the entertainment company because without it, the next set of stars are questionable and that would put the company at great risk. A whole new plan surrounded around a whole new demographic would have to take place, and that might take years to grow. Remember, there was a time the NBA was predominantly white and appealed more so towards that demographic. With the rise in blacks in athletics, exploitation in cultural systems like black masculinity and the use of sports for socio-economic gain, the shift from a white majority to a black majority was certain.

The NBA doesn't really have to promote itself for longevity. Their biggest consumers (African Americans) create wealth for the brand, sometimes without even buying a product. It's anywhere and everywhere and accessible to anyone. Black representation can do wonders. It can create inspiration and advancement, and the NBA has garnered the attention of the black community effectively through the game of basketball.
Report this Content
This article has not been reviewed by Odyssey HQ and solely reflects the ideas and opinions of the creator.