Wishing To Be The Girlfriend Of A College Football Player
Odyssey

Wishing To Be The Girlfriend Of A College Football Player

Yes, a girl can dream that she was dating a D1 starting quarterback, who's humble of his position and glory. 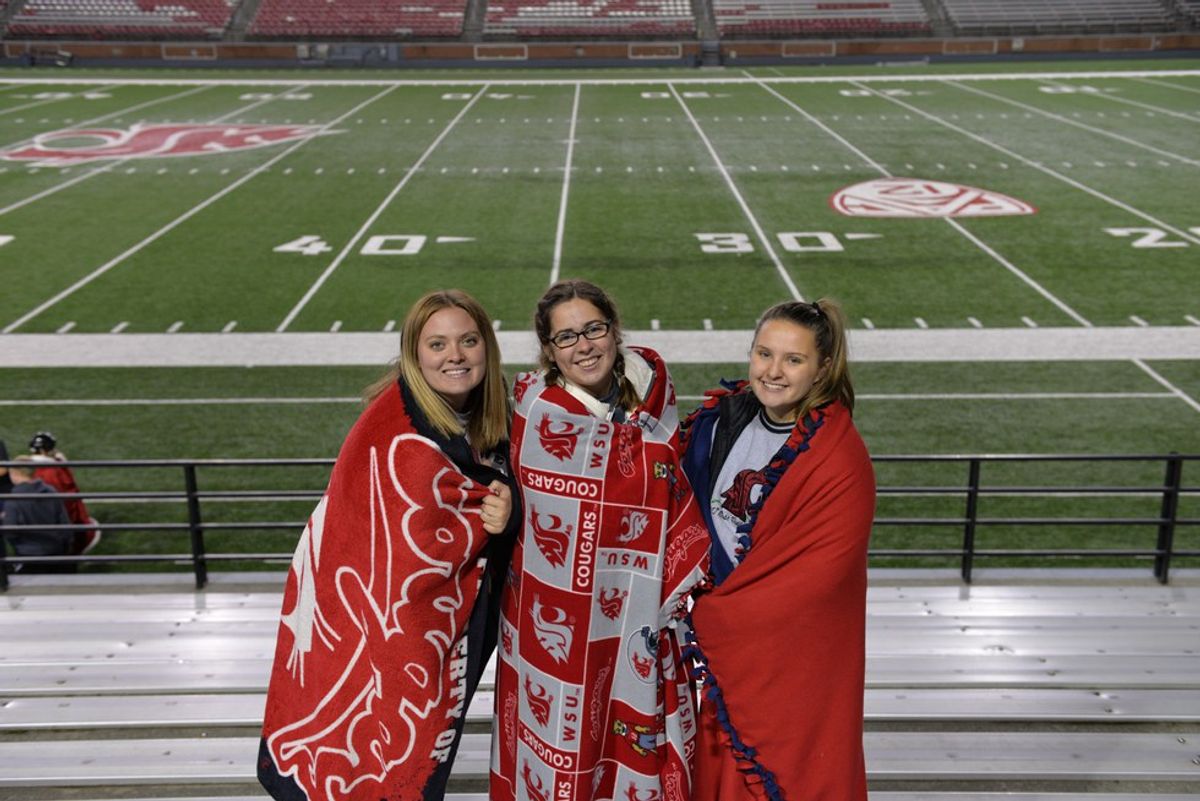 It would be a big game changer if you were dating a college football player. The games would be much more exciting, even though it already is... though I'm pretty sure I would have the highest stress level of all the fans, even though I already do. The feeling of one of your football players getting hurt on the field could make your heart drop, and making your face go pale is not fun by any means! Though in the big picture of it all it would be a dream come true.

Childhood movies raised our hopes and standards out of this universe. The star football player gets the average girl that can be found in the middle of the stands. They make eye contact while he's on the sidelines and just know by the look in each others' eyes that they have fallen in love. What kind of dream and fairytale are we living? Not a realistic one... when half of the football players have girlfriends.

No matter what your "type" of guy is, every female football fan has a crush on at least one of the players on their team! As embarrassing as this might be, I am a victim of this cruel feeling that you wish you were the girlfriend of one of the players. These men are just like us, nothing too special besides that they can throw, catch or block a football pretty well. We go to the same classes as them, live in the same city as them and go eat at the same places, though we see them as prestigious individuals that are superstars in our lives. Though they are just like us.

We ladies see them as celebrities, but overall they are just like us, that without a doubt could be into us... if they don't have a girlfriend of course.

As my friends and I go to football games four hours early rain or shine just to be able to critique the skills of our time, we develop that one crush. There are the girls that fall in love with a player by the way he dances on the sidelines, the way he kindly interacts with his teammates with a loving pat on the back, or the way he gets excited that he might have a chance to go in as the team's second string if we are up on the board a lot. There's that key thing that sometimes you get distracted watching on the sidelines that you don't even pay attention to the real game.

Yes, a girl can dream that she was the one that who could say she was dating a D1 starting quarterback, who's humble of his position and glory. The dreams of after winning the Apple Cup he jumps on the railing up to the stands and there you are front row ready for him. The dream of wearing the oversized letterman's jacket and sitting with his family just praying that he won't get hurt. And lastly, which would be the best reward, seeing him smile playing the game he loves that he put so much time and effort into.

So to the current girlfriends of college football players, be proud that you get to witness and be a part of one of the most unique experiences of college. That you get the feeling of also being part of the football team with all the players having your back like your brothers.

And to those that wish that they could find a level-headed, sweet, down-to-earth football player that treats them like a princess to be their boyfriend, don't stop looking because he's out there and waiting for you. Because in the big scheme of everything, he's just like you!