From Alumni to Zahm: Who's the best? 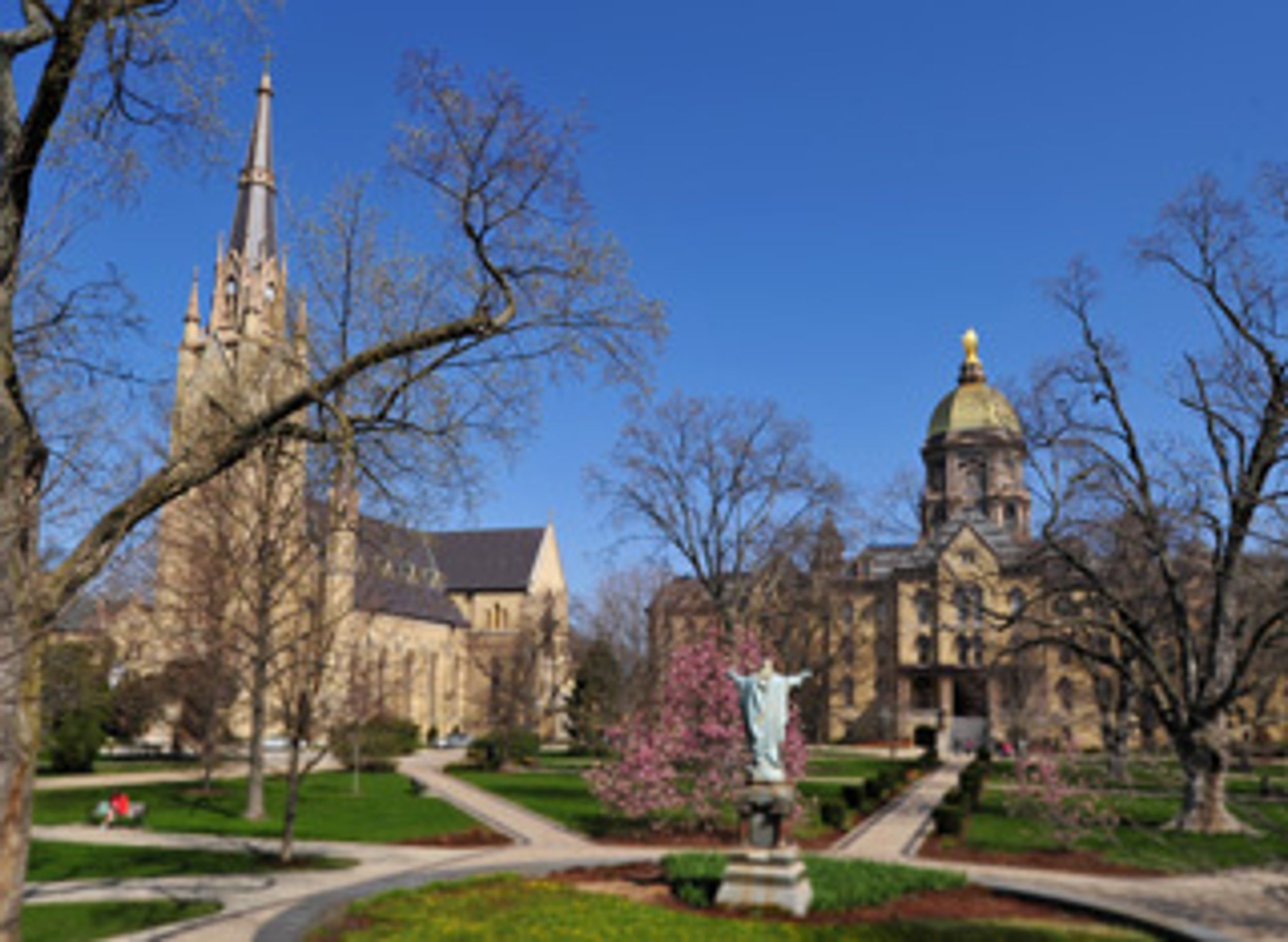 Dorm life at the University of Notre Dame is vastly different from almost every other college in the country. The lack of Greek life transforms the residence halls into actual homes with built in communities. Each dorm has unique traditions and residents who embrace the atmosphere their hall embodies. Since we live in a society where everything is a comparison, here are the Notre Dame Residence Halls ranked in ascending order.*

Best of the West without question. Duncan is the newest and has the nicest interior. The Highlanders have some of the best dorm events on campus (HighRise anyone?), and the green blazer is one of my favorite signature apparel pieces on campus.

Is Zahm crazy? Absolutely, but they have some awesome traditions. Ask almost anyone in Zahm how much they love their dorm. While most every student at ND could talk your ear off about their residence hall, Zahm just has an air about it that makes the men who live their love their dorm even more than most.

The two West Quad dorms with a rivalry I don't want to get in between.

Fisher is another hall where the men who live there love it so much more than anyone would think they have reason to. The exposed pipes are countered by the fabulous Ellie's Deli. The Ham and Cheese sandwich alone is cause to like Fisher Hall. Also, their proximity to SDH helps.

2 words. Yacht Dance. Also, after the refurbishing, Steds is looking pretty solid on the inside.

With the Rave for the Brave, the Pirate Dance, and a killer 24 hour basement space, Stanford is a hidden gem.

Sorin is full of tradition and sweater vested men. It also would only take like 3 minutes to burn down. Not sure where that plays in to the rankings, but I find it amusing.

Despite it's reputation as the Frat of ND, Alumni has some cool traditions. Wake Week, Five Dollar Formal, and the Rally in the Alley bring their appeal up a couple spots.

The Mod Quad location really brings them down, but the number of ND athletes who reside here moves it above. . .

That Mod Quad location though . . .

Despite how stately the manor looks on the outside, the rooms are almost uninhabitable since they are so tiny. Points for a redone chapel though #NotreDameThings

No matter what anyone in Carroll tells you, that walk and the bleached hair of the freshmen send them straight to the bottom.

The absolute Best of the West. It's nicknamed Hotel Ryan for a reason. The furniture, carpets, and overall atmosphere send Ryan straight to the top. Their signature event, the Wheelchair Basketball Tournament is awesome. Also, this is my dorm and I could never put the wildcats anywhere but the top. Ryan Go Bragh.

LHOP (Lewis House of Pancakes) and Crush Week are just two of the great traditions Lewis Hall boasts. It's the biggest women's dorm on campus and has a solid location in comparison to the main building and LaFun.

The hidden gem of women's dorms. If you've ever been to the den or the lair, you understand. If not, the only thing you know is that it's always 1000 degrees in Lyons.

Walsh has so much tradition but so little space to function. Their Yule Ball last year and their lead-up week were incredible. They earned the title of Overall Hall of the Year last year, but the cramped rooms still bring the ranking down.

Women's Hall of the Year last year, but the hall is known for its strict leaders. The location is meh, but the women are great.

The proximity to LaFun is the best thing about Cav. Other than that, the only real love for Cav comes from the women in Cav.

Howard Hall gets points for the cool side entrance. That's about it.

While Pangborn gets made fun of a lot, at least it's getting talked about.

I honestly forget Badin even exists most of the time.

Unfortunately, BP is the least in my mind due to their less-than-stellar location, the small size of their dorm, and the low attendance of their sporting events. While their mascot is cute, that's probably the only thing about BP worth noting.

No offense meant at all. These rankings are arbitrary. Every dorm is amazing and the men and women who were placed in each dorm live in wonderful communities on an incredible campus.

All images courtesy of housing.nd.edu