Why Did The Montreal Canadiens Trade P.K. Subban?
Odyssey

Why Did The Montreal Canadiens Trade P.K. Subban? 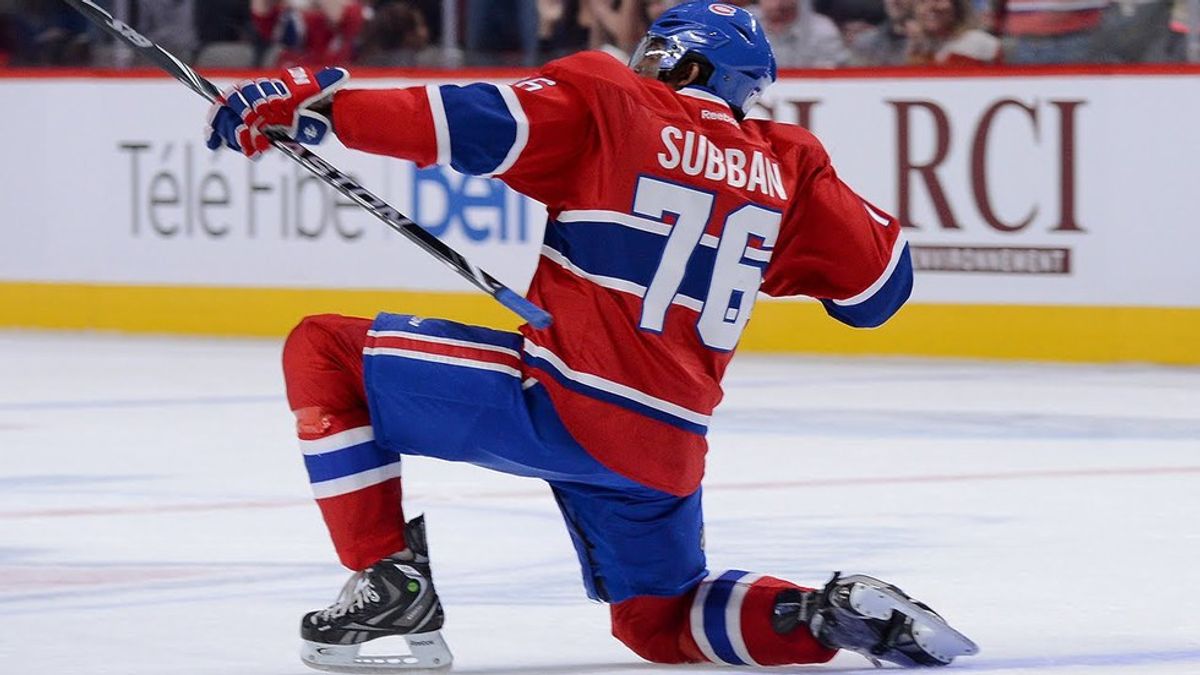 The Montreal Canadiens traded star defenseman P.K. Subban to the Nashville Predators for defenseman Shea Weber in a move everyone was told was not coming.

There was some speculation during the week leading to the NHL Draft that Subban was on the trading block. After much back and forth, Montreal's General Manager Marc Bergevin denied that he was trading Subban. The hockey world settled down. Then, on Wednesday, Subban was traded to the Predators in a one-for-one swap with the Predators' captain Shea Weber. The hockey world exploded.

So, this begs the question— why was Subban traded in the first place? Bergevin says it was strictly a hockey decision but that might just be a cover-up. There have been rumors for awhile now that Subban had "character issues." Now, it's important to note that Subban is not a favorite on the ice. He's a great defenseman, an elite defenseman, but he's a bit brash. He embellishes and dives often. He whines and is often temperamental. He is not well liked by many NHL fans.

It's been reported for years now that Subban had a rocky relationship with Head Coach Michel Therrien. Those reports, and evidence, have only continued to filter in during the Habs' difficult, losing 2015-2016 season. But it wasn't just Therrien, apparently. There were also other reports claiming that Subban wasn't getting along with his other coaches and teammates, specifically team captain Max Pacioretty. Bergevin flat out denied these reports but he also denied he was trading Subban so....

Tony Marinaro, a sports radio host for TSN Montreal, also introduced another reason on his morning show, "PK was branding himself as PK76 and not as PK of the Habs, the feeling was PK was using the Habs to increase his own brand." Seriously? If this was one of the reasons the Habs traded Subban then they are the one of the dumbest organizations in the entire NHL. Subban embraced Montreal and he embraced himself in it.

Subban off the ice is an awesome human being. His personality is electric and contagious. He constantly has a smile on his face. He's funny and refreshing in so many ways, including fashion. He's a humanitarian. He's the type of guy you would be proud representing your organization. In September of 2015, Subban pledged to donate $10 million dollars to the Montreal Children's Hospital. They named their entrance the "P.K. Subban Atrium" after him. Despite being traded, Subban promised to keep his pledge to the children's hospital and still be an active figure there as much as possible.

Subban's comments on the trade were somewhat cryptic. In a conference call after the trade was announced, Subban said, "I'm just happy to be in a situation where I can excel and feel good about coming to the rink." Hmm. Did he not feel like he could excel in Montreal? Did he not feel good about being a Canadien? It sure sounds like Subban and the Habs have had a strenuous relationship for quite some time.

Did Subban really have "character issues?" No, probably not. The organization clearly just had problems with his character. I hope Nashville embraces Subban. I hope Subban excels in Nashville. He is an elite defenseman and I think he could help bring the Stanley Cup to Nashville for the first time in franchise history.