The Importance of Intersectionality

The Importance of Intersectionality

There is so much power in unity. 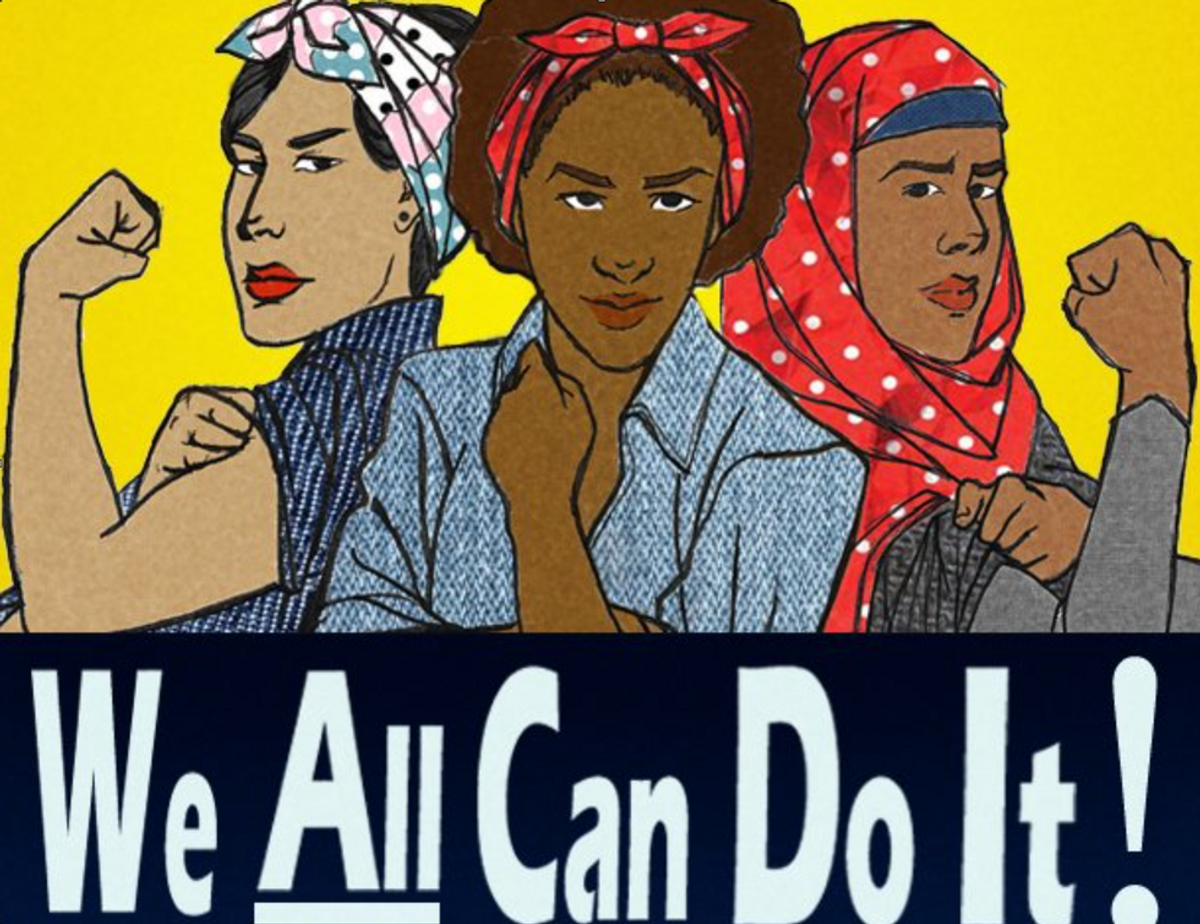 Amongst all the events that are happening in the world today, and all the different reactions they are sparking, one thing that we should all keep in mind when we speak out about our opinions, is the importance of intersectionality. This is a term that is used quite commonly to refer to a number of things, whether that be feminism, race, class, sexual orientation, ethnicity or religion, and when looking at how all these factors may be used to oppress or discriminate.

In a world where there are so many issues to raise awareness for, so many people whose rights are being neglected, and so many causes to pitch your support to, it can often get challenging to remember that they are not mutually exclusive. When talking about women’s rights for example, gender can commonly be the only thing mentioned. However, where a white woman lacks gender privilege, an African-American or a Hispanic woman lacks both gender and racial privilege. A Muslim woman might face discrimination as a result of her religion as well. All the issues are linked, and yet somehow rarely discussed together.

Professor of gender studies at UCLA, Juliet Williams defined this perfectly when she said, ‘’Intersectional feminism is especially important right now as we face a situation in which many women are confronting multiple forms of vulnerability. In times like this, there is a real danger that feminism itself can function in an exclusionary manner by marginalizing less powerful and less privileged women and allies - the very people who most need feminism today.’’

We see words like ‘gay’ or ‘autistic’ being thrown around, when they are just not an insult. Calling someone a f** or a sl** is simply not okay, when you recognize the kind of oppression that was and is connected with the meaning behind them. Similarly words like thug or even the N-word have have to be recognized for the negative connotations they have and how that reflects on you when using the word in a different scenario, when there are teenagers being fatally shot by police officers for ‘looking real suspicious’ because they had their hoods on, and somehow that automatically stereotyped them as ‘thugs’. Similarly, trans women get beaten and have insults slurred at them on a daily basis, as do Muslim women get told they must be ‘inferior’ just because they choose to wear a hijab.

I think it is so wonderful to see so many women got out to the streets and protest when their rights are being diminished (and when men work to break down gender barriers and recognize that this is not only a women’s issue), but sadly, that it just transitory. To acknowledge the importance of including the rights of those that are marginalized is a tremendous step in making a lasting change. We have already seen so many examples of what intersectionality can do, from the Women’s March On Washington to the Immigration Ban Protests currently taking place, all the way to those that have happened in other parts of the world and are less famous because they don’t get as much media coverage. There is so much power in unity, and when we strive for equality, that equality includes everyone. So the next time you decide to respond or state your opinion on an issue, please try to think about the impact your words have, and try include intersectionality rather than overlook it by responding too fast; it can really go a long way.