Just in case you needed a reminder of how we're all connected. 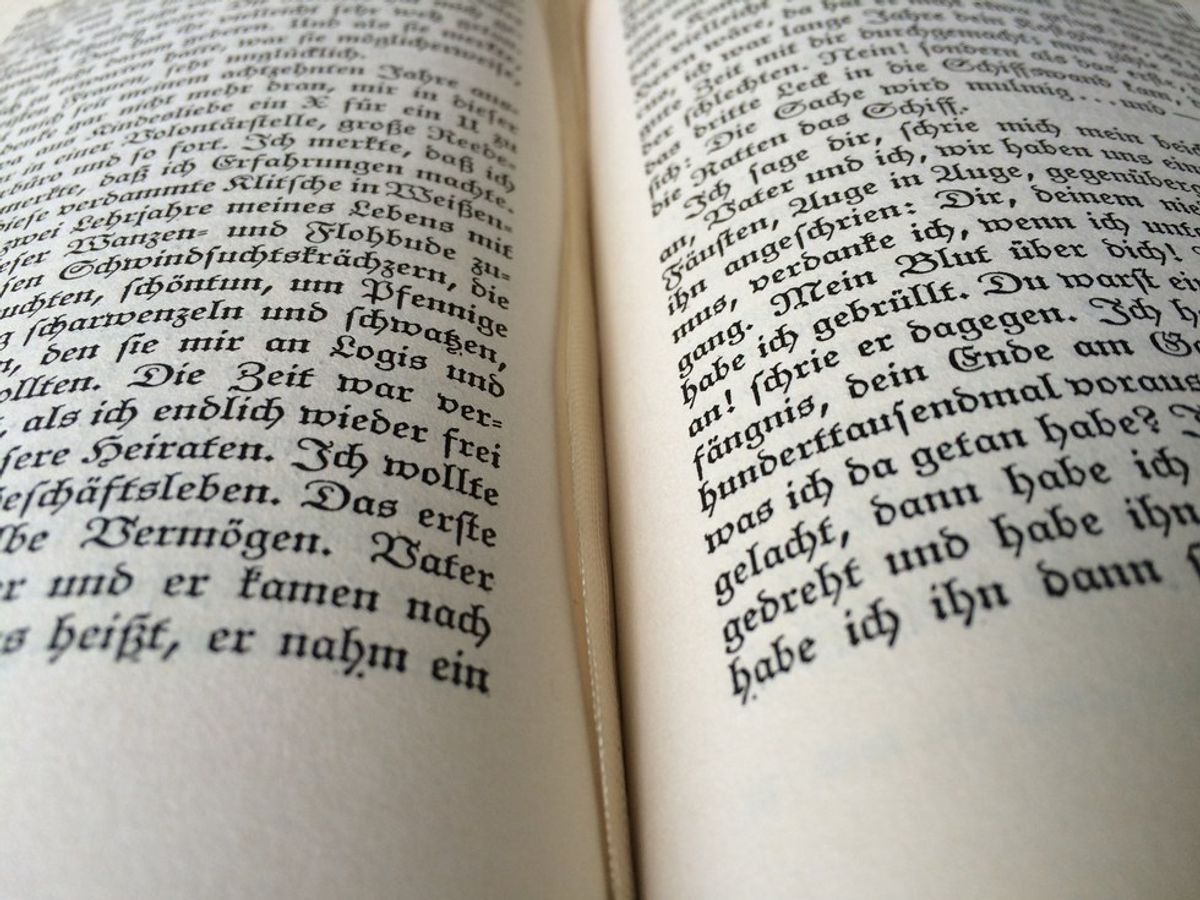 Although the origin of language is hotly debated, many scholars believe the first spoken language appeared in sub-Saharan Africa at about the same time modern humans emerged. From there, humans and their language spread out into Mesopotamia, where agriculture was the main way of life. The new farmers in the modern-day region of Turkey spoke a language which would become the mother tongue of the entire Indo-European language family. As these people spread out through the Mediterranean, Europe and Asia, many new languages were born of this single ancient one. Some well-known members of the Indo-European language family are Greek, Latin, Spanish, English, Persian, Sanskrit and Hindi. How crazy is it to think that all of these languages have that one common ancestor, spoken by semi-nomadic farmers thousands of years ago?

Obviously, we have more than one language family in the world, although none are quite as widespread as the Indo-European. The second-largest is the Ural-Altaic family, including Mongolian, Turkish, and Hungarian. The Ural-Altaic family members are found throughout Europe and Asia. (The Sino-Tibetan family fills in the rest of Asia.) Considered important in three of the world's major religions, Semitic languages are believed to have developed from a single tribal group in Arabia around 3000 BC. These languages then spread throughout the Middle East and North Africa.

Out of the 5000 languages spoken in the world today, one-third are found in Africa. This is clearly a very diverse continent in terms of language, and there are in fact six different language groups within Africa! As the widely-accepted birthplace of humanity, and host to so many languages, one would assume a good amount of research exists on the language family trees in Africa, but this is not so. As I wrote this article, I searched for language trees of all the major language families, and the most detailed ones I found were only for the Indo-European family. The continued Eurocentricity of history, science and society in general will never cease to astound me.

Until recently, it was accepted that some language families developed independently, such as in East Asia, however, some scholars today believe all language families have origins in ancient Africa. It is absolutely mind-blowing to think that so many different languages could be connected by a single common ancestor! From sub-Saharan Africa, to Persia, to India, to Mongolia, to the spread of the Roman Empire, human language has followed us throughout history. All people are connected, and it's time we started pointing out our similarities rather than our differences.

Nicole Marie Nigro
Individual Creator
7919
c1.staticflickr.com
Where to start...... Let me start with the cliche that life throws us curveballs and what we do with it is what counts.