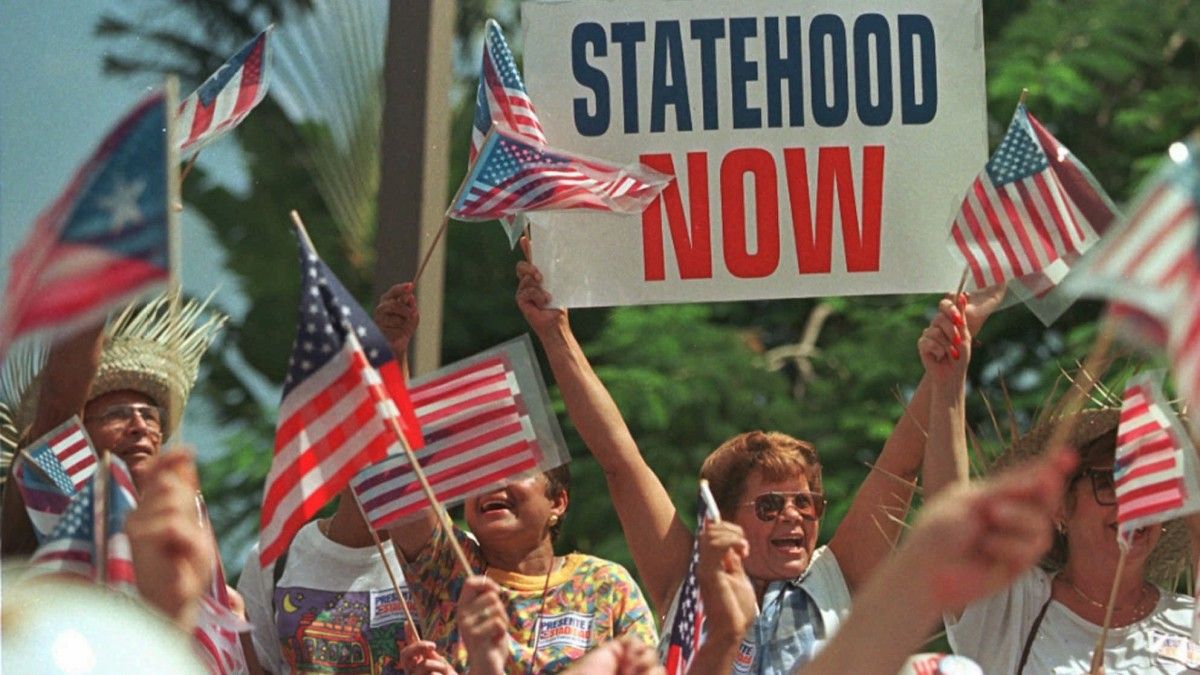 A prize of the Spanish-American War, Puerto Rico became a U.S. territory in 1898. Since then, the island has voted in five non-binding referendums, determining the fate of the island. However, in a decisive referendum yesterday, 97 percent of Puerto Ricans voted 'yes' to becoming America's 51st state. This decision comes a few weeks after Puerto Rico declared bankruptcy, owing creditors over $70 billion.

However, with a voter turnout of 23 percent, as opposed to the island's regular 80 percent participation, critics question the validity of the election. They attribute the landslide decision to opposition parties (those in favor of independence or remaining a U.S. territory) boycotting the election.

Governor of Puerto Rico, Ricardo A. Rosselló, is now working on drafting a commission to ensure that Congress admits Puerto Rico into the union. However, former Governor, Aníbal Acevedo Vilá, said in an interview, "A 97 percent win is the kind of result you get in a one-party regime... Washington will laugh in their faces."

With a Republican majority in Congress, however, it is unlikely that Congress will accept Puerto Rico's request for statehood since Puerto Ricans tend to favor Democrats.

Should Puerto Rico become a State?

Despite their citizenship, Puerto Ricans are still unable to vote for the President of the United States and are only entitled to one congressional representative, a non-voting member of the House, even though they are under U.S. sovereignty (internal affairs are decided by the Puerto Rican government). They also receive limited federal funding for programs such as Medicaid, but are exempt from the U.S. federal income tax, though Puerto Ricans still pay Social Security and Medicare as well as local taxes.

Puerto Rico has an unemployment rate of 11.5 percent as of April 2017 and about some 46 percent of people live below the poverty line. By incorporating it into the U.S., Puerto Ricans can reap some of the benefits associated with being a state, such has an additional $20 billion in federal funds each year.

According to one estimate, Puerto Rico loses a doctor a day, creating a health crisis on the island. This is in part due to the fact that Medicare reimburses doctors in Puerto Rico far less than doctors working in the U.S. Additionally, despite the fact that Puerto Ricans pay the same Social Security and Medicare taxes as us, they receive significantly less federal funding for health care. Gaining statehood will entitle Puerto Ricans to more funding, alleviating their current health care crisis.

In the last decade, Puerto Rico has lost about 10 percent of their population to mainland U.S. The best and the brightest have left the island in search of better employment opportunities here. This, in turn, has caused remaining Puerto Ricans to pick up the slack. Supporters of statehood cite Hawaii as a precedent since it saw noticeable economic growth after it was made a state in 1959.

4. Allows Puerto Ricans to have a say in laws that affect them

Although Puerto Rico is self-governing, the U.S. ultimately controls Puerto Rico's external affairs (things like trade, immigration, and international relations) as well as federal regulation (like currency, highways, and social security). However, with only one non-voting representative in the House, Puerto Ricans have no say in determining the laws that govern them. Statehood would grant representation to Puerto Rico through two Senators and five House Representatives.

6. Increases tax revenues for the U.S.

As a state, Puerto Rico would be required to pay federal taxes, just as every other state does. This would result in an increase in revenue for the Federal Reserve each year. It is estimated that Puerto Rico would have to pay $2.3 billion in federal income taxes each year.

7. Companies can no longer evade taxes by going to Puerto Rico

If Puerto Rico became a state and had to pay federal income taxes, companies could no longer move their businesses there to evade taxes. This is a clear problem in the U.S., as former Presidential Candidate Senator Bernie Sanders offered legislation during the campaign trail, aiming to prevent corporate tax avoidance.

8. Things would be cheaper in Puerto Rico

Statehood would also make things cheaper in Puerto Rico. For example, cars are 40 percent more expensive on the Island than on U.S. mainland. This is due to the Jones Act, which requires goods to first be shipped to the U.S. before being shipped from the U.S. to Puerto Rico. This makes it a lot more expensive than shipping directly from a good's country of origin to the island.

Since Puerto Rico does not currently hold statehood status, it is unable to access Chapter 9 of the U.S. Bankruptcy Code, like Detroit could when it went into bankruptcy. However, even if Puerto Rico could access these rights, they would only be able to cover a third of the island's debt. In asking for statehood, Puerto Rico is essentially asking for a bailout, something President Trump says he is unwilling to give.

2. Increases poverty, crime, and the unemployment rate in the U.S.

If Puerto Rico became a state, the island's statistics would become a part of the U.S.'s. 46 percent of Puerto Ricans live below the poverty line, way above the U.S. average of 13.5 percent as of 2015. In addition to that, crime rates in Puerto Rico are significantly higher than that in the U.S. Their unemployment rate of 11.5 percent is also higher than that of any U.S. state (the lowest is New Mexico at 6.7 percent unemployment), as well as the overall U.S. unemployment rate of 4.3 percent in May.

3. Puerto Rico might be unable to pay federal income tax

With such a low voter turnout (23 percent), the decisive election still fails to account for a majority of Puerto Ricans. Even though this election indicated a desire for statehood, there are still many who want to remain a territory or even independence. If Puerto Rico became a state against the wishes of a majority of its residents, it could cause a resentment towards the U.S.

5. U.S. will have to amend the flag to reflect all 51 states

The current flag bears 50 stars, one for every state that makes up the United States of America. If Puerto Rico became a state, the flag would have to be amended to account for the 51st state.

While there are both pros and cons when considering whether Puerto Rico should be admitted as the 51st state of the United States, it is ultimately up to Congress to decide the fate of the island. Since the 23 percent voter turnout was not indicative of Puerto Rican sentiment towards statehood, another election will be held in October to better convince Congress (if they can garner a higher turnout and keep support high).

Though it is unlikely that Congress will admit Puerto Rico to the union, if it does, Congress will have to pass a bill detailing plans for Puerto Rico's transition into a state. If a bill is not passed, Puerto Rico will retain its status as a U.S. territory.