Millennials Hate Dating, But Why?

Having A 'Talking Stage' Proves Why Millennials Just Suck At Dating 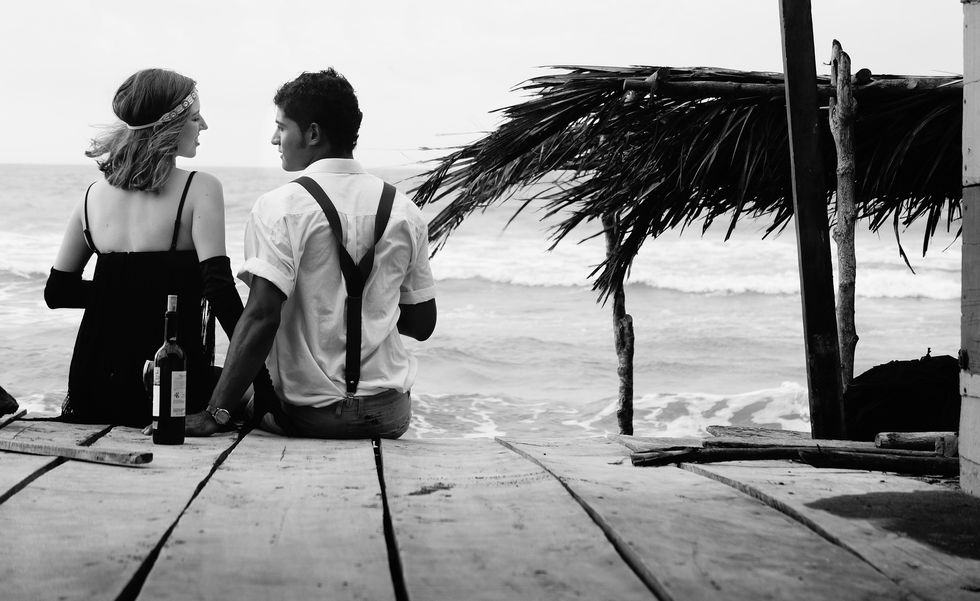 As a millennial who is currently in college, I've noticed that dating isn't how it used to be, like back in 1995. We are the generation that can't live without our phones, are tech-savvy, and sadly, the ones who suck at dating.

This is not another bitter article because I "don't have a man," or I'm "jealous of what people have." In fact, I am actually in a good place and I am speaking on behalf of what I've seen. I'm tired of my friends coming up to me crying because their "man-who-isn't-really-their-man" isn't acting right.

I've seen more friends with benefits and flings than relationships.

Maybe I'm different, but I can't imagine just being around someone only to have sex. After a while, that gets extremely boring and if you have nothing else to offer, you just get "ghosted" instead of telling that person how you really feel.

See, in my opinion, that's the problem with this generation. Sex is considered meaningless now and it is basically easy to get. With all of these dating apps swirling around, it's almost impossible to avoid it. People would rather have meaningless sex than get to know a person and commit. It's like every time the word "commitment" or "relationship" is brought up, that person runs away. But they're so comfortable to have sex.

What really irritates me is that after two weeks, a lot of guys, in particular, get mad when a girl asks him to get rid of his "hoes" or "other girls he's talking to," but still expect a girl to drop their pants after talking to them for two hours.

That's another thing too. Let's talk about the "talking stage."

So basically, by INFORMAL definition, the "talking stage" is basically when two people just TALK before dating. Did you make a face yet? Because that exists now.

But seriously, talking about WHAT honestly? Don't you do that when you're, I don't know, DATING? And even during the talking stage, people still have sex, which makes no sense to me. You guys aren't dating but you're not dealing with anyone else. In fact, they'll get mad when you're hooking up with someone else. And when you start to catch feelings, it ends with "Oh, I'm not ready for a relationship right now."

So what exactly are we doing then?

Imagine filling out a relationship status on a ballot or something and the options are "single," "married," "widowed," or "we're talking." And no, that's not what "it's complicated" is for.

It's sad because I feel as if this generation forgot how to love again. There are many people who are currently in relationships who are lucky. But for the rest of this generation, people would rather bang it out then talk it out. And people would rather "talk" than "date." I mean, what's wrong with both? If you're happy with what you are doing, then do whatever you want girl! If you are in this situation and you're unhappy, then what exactly do you want?

Attention is nice, but after a while, if that person isn't really fulfilling your needs, what's the point of being with them then?