Don't chase someone just to let them go. 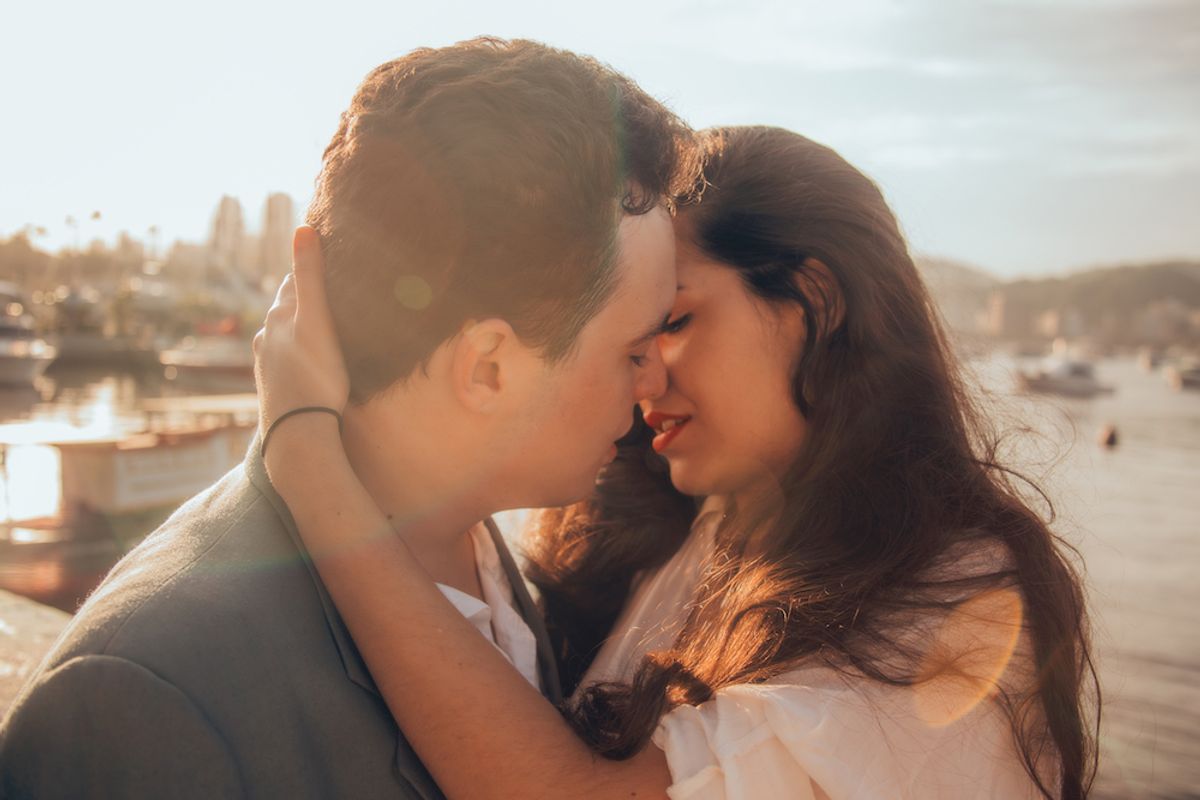 I totally understand man. I hear you loud and clear.

Girls, yeah we can be clingy and you like your space and your gym time and the casual bar nights with all the guys. I mean let's be honest, who needs a romance when your bromance is on a whole other level?

You're trying to figure out what to do with your life and that's fine.

Being selfish and single in your 20's is crucial and believe it or not, many women crave exactly the same freedom. The only thing is, you're going to meet a lot of amazing people along the way- people who are (to quote Taylor Swift) happy, free confused and lonely at the same time.

Experiencing this chapter of your life with someone special can be just as beneficial, and I've found that guys want just that. They like talking to someone on a daily basis. They like having a cool girl to "chill" with and the added advantage of hooking up regularly. With that being said, I feel compelled to share my experiences and the experiences of many other women.

So for all the guys out there who have ever avoided a relationship for whatever reason you tell yourselves, this is for you.

Phase 1. It starts out pretty causal.

You get to know each other, hang out with each other and eventually it gets to a point where you are talking every day. After a few months of casually seeing and talking to each other, the girl wants more. Why would she want more? Well call her crazy but possibly because she's a human being and doing "relationship-like" things with her will make her want to be, yup you guessed it, in an actual relationship.

Phase 2. The boy will respond with:

"I'm just going with the flow and takin' it day by day. I am not looking for a relationship right now. I'm just looking to hang out (code word for have sex), talk and just enjoy each others company"

The list could go on and on but let's just be blunt here, you just don't want the title.

Maybe it's just me but I find this puzzling. Being in a relationship used to be the thing to do in high school, I mean you were guaranteed a date to any school dance, you had someone to take those disgustingly cute holiday pictures with and you had someone to get you through all the miserable twists and turns that high school can throw at you.

And then you enter college and suddenly being in a relationship is like a giant anchor attached to your leg. It "holds you back" from the parties and the fun. You begin to fall into the "netflix and chill" style of dating (as if this is actually a form of dating). As graduation approaches the game slowly starts to change but its all the same players on the field. You actually have to work to get to know another person.

Sliding into the DM's asking for a booty call is not gonna suffice.

Whats amusing is that most boys will put in effort just to tell the girl that they "don't want a relationship right now."

When a guy finds a woman who is down with the "F**k buddy" role, he thinks he hit the lottery. A little tip for you, if a woman is okay with that scenario, most likely she doesn't give two shits about you. That's why she is emotionally detached.

Just about all women play this game, I know I have and the majority of my friends have. But the moment a woman realizes that she could have REAL feelings for the guy, she begins to get nervous.

She gets nervous because of every boy in her past. Every boy that was just going with the flow, that doesn't want a relationship right now and is really just looking to hang out and enjoy the company.

In other words, he is saying "I like doing relationship things with you, but I don't think I want to be in a relationship with you".

These are the boys who I refer to as the "peter-pans". These are the scared boys.They are scared of change. They're scared of what the potential relationship might change and they're gullible to think that they couldn't be happier than they are in that moment.

Call me old-fashioned, but I would personally like to know when caring about another person became such a negative thing.

If you are genuinely interested in someone, why would you want to miss the chance to pursue that happiness?

Think of a sport you loved to play. You would practice your hardest and play your heart out to try and make it to the championship game.

When you got there would you play your hardest to try and win the game or just say "I made it this far and that's good enough?" You'd play your hardest and be committed to the game. You probably already aware that in order to appreciate anything fully in life, you have to be committed, the same goes with relationships.

I guess somewhere along the way dating became a taboo. It developed a negative essence and everyone jumped on that train. After a while, dating became a game of who can play who first and "Netflix and chill" became an appropriate conversation starter to get a person to sleep with you.

Dating became so lost within society that boys now have an illogical sense as to what it actually means. And despite popular belief, being in a relationship actually has more benefits than being single. If boys just want a steady hook-up, they should probably realize that men who are in relationships not only have more sex, but better sex.

Whys that? Feelings create not only someone who cares about you, but cares about pleasuring you.

Dating doesn't mean you can't hang out with your friends or go have your gym time or have your five-hour video game binge or have your typical "bar night with guys" every Thursday. It also doesn't mean that you and your partner are going to somehow become conjoined at the hip forced to spend every waken moment with one another.

Little tip, women equally value their own space, hobbies and the Ben&Jerry's night with the girls, it's a two-way street. A real adult relationship is when the two people have separate lives and share them.

One of the most annoying parts of the "new age" of dating is the notion that so many boys view a relationship as being "tied down" or settling down.

By no means is anyone trying to convince you to be with someone who you really do not care about, and for the sanity of both people included, my advice would be to stay clear of dating her. But also, it is so detrimental to associate the word dating with settling down. Just because someone wants to date you does NOT mean that they want to settle down get married and start having babies with you.

Don't chase someone just to let them go. Do not talk to someone every day if you do not want an emotional connection.

And don't do relationship-like things with a person if you don't want a relationship. But more importantly, don't hold back your feelings. It's not every day you find someone who you can actually connect with, so when you have it, take hold of it and take a chance. In the end, a relationship will enhance your life.