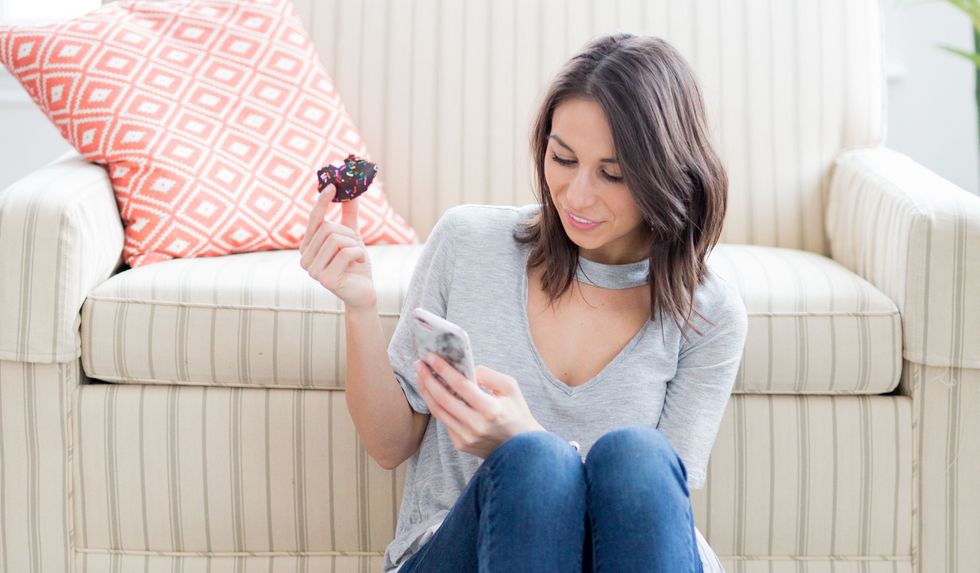 We surveyed 100 people and 90 of them said they would swipe left if someone's politics didn't match their own because a lot of people equated their politics with their morals.

Curious about what people had to say? Check out some of the responses below. We'll start with 10 of those who fell under the "it's a deal-breaker" category followed by a handful of those who represented the "it's not a big deal" category.

"Yes. I think that everyone is entitled to their own opinions, but think it's hard to move forward with someone if our fundamental beliefs are different."

"Yes. People used to get away with saying that they weren't into politics, but now that things are so contentious, it's crucial to be educated. It's gotten to the point where supporting certain politicians means more than political parties, but ethical and moral standings."

"Yes, due to the desire to avoid large arguments over values within myself I am unwilling to change."

"Yes. My politics reflect my values. I already have to argue with my family about politics constantly, I have no desire to date someone who I'm on that different of a page with."

"Yes, because the things I stand for politically are very important to me (I'm a liberal), and I don't want to be with someone who doesn't agree with what I stand for."

"Yes because I believe they are a deeper reflection of someone's values. If we share them, that's a bonus."

"Yes, if they have very strong views and those views don't match mine, it's too difficult to try and have a conversation about beliefs. I'd rather avoid the stress altogether and swipe left."

"Yes, I grew up in a small town and I came to this college to get away from the political mindset opposite of mine. Earlier in college I tried to make those relationships work, but there were always uncomfortable topics we had to avoid. I'm not comfortable in a relationship where we can't talk about anything and everything!"

"Yes. Especially now, I feel like the country is so divided over political views. There are certain things that I need my partner to agree on or AT LEAST see eye-to-eye on and understand my view, and I don't think that's even a thing between parties right now."

"Yes, sharing common values and beliefs is very important to me."

"No, unless they are very outspoken about it on their page."

"Based on their affiliation alone and just counting swiping, then no I wouldn't swipe left just for that. If we are talking about an issue I find important morally and there is disagreement, that is a different story. What WILL make me swipe left is a comment in a bio from someone (either affiliation; I have seen many from both) with a negative comment in their bio about the opposite affiliation in general. I think conversation of opposing sides is healthy for us to learn so anyone that completely shuts it down based on affiliation alone is a turn off for me. (I am unaffiliated if that matters at all!)"

"It really all depends. Initially, no. If they have different views on a topic I'm very passionate about, and it's too drastic of a difference, I probably would stop talking to the person. Political affiliation has never been a major factor for me when it comes to dating, but if they have different views than me and that difference begins to be too much and overwhelming, that's an issue."

There we have it. Politics matter. Period. So you better be sure you know what you're getting into if you put your political affiliation on your profile.