An Open Letter To Democrats From A Millennial Republican

An Open Letter To Democrats From A Millennial Republican

Why being a Republican doesn't mean I'm inhuman. 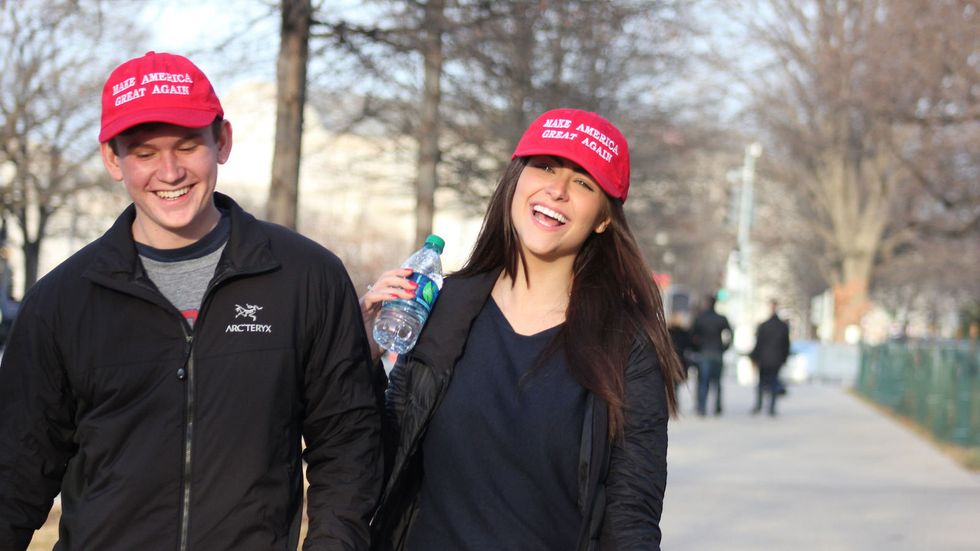 I have a few things to say to you — all of you.

You probably don't know me. But you think you do. Because I am a Republican.

Gasp. Shock. Horror. The usual. I know it all. I hear it every time I come out of the conservative closet here at my liberal arts university.

SEE ALSO: What I Mean When I Say I'm A Young Republican

“You're a Republican?" people ask, saying the word in the same tone that Draco Malfoy says “Mudblood."

I know that not all Democrats feel about Republicans this way. Honestly, I can't even say for certain that most of them do. But in my experience, saying you're a Republican on a liberal college campus has the same effect as telling someone you're a child molester.

Unfortunately, stereotypes are rooted in truth. There are some people out there who really do think these things and feel this way. And it makes me mad. The far-right is so far right that they make the rest of us look bad. They make sure we aren't heard. Plenty of us are fed up with their theatrics and extremism.

For those of us brave enough to wear the title “Republican" in this day and age, as millennials, it's different. Many of us don't agree with these brash ideas. I'd even go as far as to say that most of us don't feel this way.

For me personally, being a Republican doesn't even mean that I automatically vote red.

When people ask me to describe my political views, I usually put it pretty simply. “Conservative, but with liberal social views."

“Sure," I say. But that's the thing. I'm not really a libertarian.

Here's what I believe:

Then what's the problem? Obviously, I'm a Democrat then, right?

Wrong. Because I have other beliefs too.

Yes, I believe in the right to choose — but I'd always hope that unless a pregnancy would result in the bodily harm of the woman, that she would choose life. I believe in welfare, but I also believe that our current system is broken — there are people who don't need it receiving it, and others who need it that cannot access it.

Obviously, there are other topics on the table. But, generally speaking, these are the types of things we millennial Republicans get flack for. And while it is OK to disagree on political beliefs, and even healthy, it is NOT OK to make snap judgments about me as a person. Identifying as a Republican does not mean I am the same as Donald Trump.

Just because I am a Republican, does not mean you know everything about me. That does not give you the right to make assumptions about who I am as a person. It is not OK for you to group me with my stereotype or condemn me for what I feel and believe. And for a party that prides itself on being so open-minded, it shocks me that many of you would be so judgmental.

So I ask you to please, please, please reexamine how you view Republicans. Chances are, you're missing some extremely important details. If you only hang out with people who belong to your own party, chances are you're missing out on great people. Because, despite what everyone believes, we are not our stereotype.