Attacking others may make you feel better, but it won't solve anything 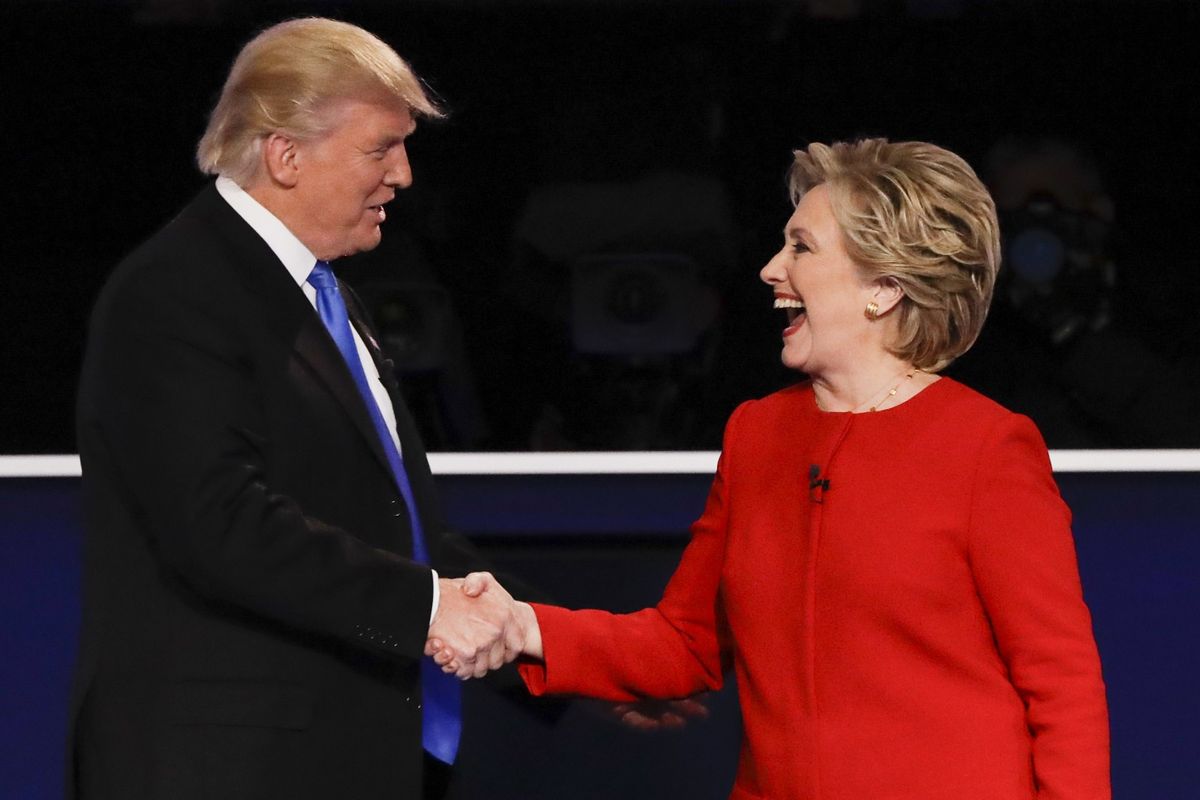 The one good part about "The Real Snowflakes..." (TRS) is the very accurate assertion that conservatives are trying to turn the table on liberals and act the victim. This is because for the first time this large voting block's societal hierarchy has been truly threatened. Many such people reminisce about some fabled golden age of America with wage growth, low taxes, and manufacturing, but forget (or even miss) the fact that at these times minorities were actively facing de jure and de facto discrimination while women were their husbands' housemaids. Howie is right that many who seek to "Make America Great Again", and resist social change, tend to be the wolves in sheeps' clothing, acting the victim while either ignoring, or actively supporting, the suppression of others' civil rights. However, in my opinion, the rest of this article is hypocritical, pathetic dribble. To the author and fans of TRS, you are just as bigoted as the people you attack, just as intolerant towards those you oppose, just as fervent in your rhetoric.

By your argument, people who are any combination of white, male, heterosexual, or conservative cannot be victims. Seriously? In that case I should say white women need to stop whining about the wage gap and sexual harassment in the workplace because they can't be victims of societal inequity due to their whiteness (which I think you recognize is false). Similarly, black men who face the highest rates of incarceration and police brutality in the United States, cannot be victims because they are men. I guess we all forgot that only liberal minority lesbian women's lives matter because any other combination makes you privileged. You might as well say one needs to be transgender too in order to be a victim. Basically the entire country should just shut up about their own "nonexistent" problems and help this small cross-section of the population.

Your "brief trip into the mind of a snowflake white conservative guide" was as laughable as it was prejudiced. You are neither an expert in psychology nor history. Yes, the white man colonized most of the world; literally every other race tried to do the same. Have you ever heard of Genghis Khan? He wasn't white. The Ottoman and Aztec empires killed their enemies and enforced slavery. Africa was no different. Throughout history, people have tried to kill each other and take their enemies' land and wealth. This is not unique to the white man; the difference is that environmental, technological, and biological factors made Europeans the superior conquerers.

Privilege and inequality exist; that's the truth, but its time we call an end to liberal white guilt, which accomplishes nothing. The socio-political pendulum has swung hard right of where it was during the Obama years, largely because of the segregating rhetoric of social justice warriors who held absolute moral authority. It's time to end the harmful perpetrator-victim dichotomy SJWs complain about ad hominem. This moral narrative marginalizes the "snowflakes" you speak of, and is 100% bigoted. Guys should not have to constantly hear or feel that they are oppressors. Either they are being lectured on how men actively subjugate women through the patriarchy, or informed that they need to constantly be mindful of how they act lest they give into their base instincts. This isn't the dialogue that brings America together; it's what rips it apart. Liberal institutions like higher education and the media try to get men, caucasians and heterosexuals to subjugate their own interests and dignities and to assume the sins of generations before them. We are asked to shun the communities we belong to, and accuse them of being oppressive in order to ensure our own righteousness in the eyes of those with moral authority. This is ridiculous, and is an attack on the most powerful social force in existence, our own rational self-interest. Instead of he for she, it should be he for himself.

What's important is not to attack others, but to spend time understanding the underlying causes of statistics everyone likes to spout, and how we can make the world more fair. We can keep shouting that women earn 80 cents to the man's dollar (a horribly misconstrued statistic, 95% when normalized) and instead of acting like evil men are paying women less just to spite them, we can look at causes of wage differences. Let's think about how we can increase women's interest in higher paying fields and subjects, improve daycare facilities, and provide means for women to resume their career trajectories post maternity leave without pushing people into doing what they don't want to. Everyone discusses the need to increase the percent of women in stem from 24 to 50, but not women in construction up from 9%. We tend to forget statistics like men attribute to 93% of workplace fatalities because it doesn't fit the established perpetrator-victim narrative. That's what happens when you live in echo chambers, both conservative and liberal.

This country is full of bigots and snowflakes on either side who refuse to empathize across lines, and blindly believe in their own propaganda instead of looking for the truth. I understand that a lot of the views I have expressed here are likely unpopular, but that's what it means to be rational and open-minded. To my fellow liberals (yeah I'm a liberal, Sanders democrat) stop crying, look in the mirror, and realize that you're bigots too.

Madison Franz
The Narrative
1120260
Photo by Brooke Cagle on Unsplash

Madison Franz
The Narrative
655601
Photo by Manny Moreno on Unsplash