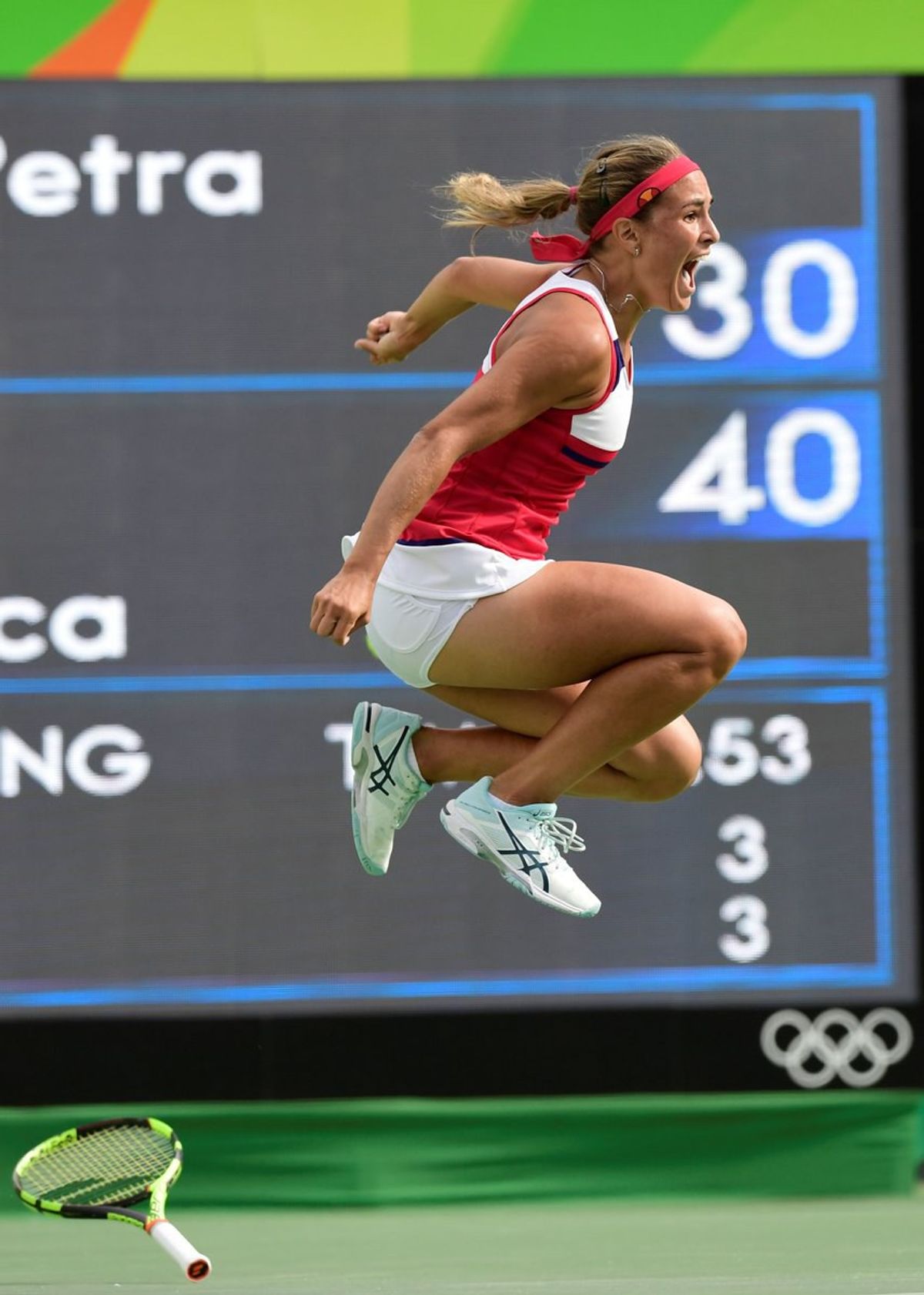 Hopping on the Olympics trend, I am dedicating this article to a wonderful woman who did something not many had the hope she'd be able to do. If you have been following the Olympics, especially last Saturday, August 13, you probably noticed a specific hashtag trending around Twitter and Facebook, or maybe you even turned on your TV to watch the women's single tennis final and found yourself looking at history being made.

Mónica Puig, who can now be considered a legend amongst her fellow countrymen, with only 22 years on this Earth and being ranked #33 worldwide, crushed the expectations of everybody who thought that the #2 in the world, German player Angelique Kerber, would win gold against the almost unknown girl who represented an Island not many know anything about. She beat Angelique, she beat the criticism and the cliché that somebody with a low ranking would lose against somebody who was ranked so high as Angelique. And she made history.

Mónica decided she would wear and represent the flag of the country of her parents, a country she loves and respects. A lifelong dream of bringing our first gold medal finally came true. If you have been following the Olympics for a while you won't remember ever listening to the Puerto Rican hymn or seeing its flag rise as the champion in any discipline: we've been close, yes, but not quite there. You may now understand why Mónica is such a big deal.

In a country with economical, political and social issues like ours, it is no wonder that the entire country was paralyzed for a few hours while we were delivered one of the greatest and happiest news we've come across for a while. But this is also a message to all the little girls who are told that, Sports will never leave you any money. It is hard to be a champion being a man, imagine how hard it'd be for a woman. You'll never amount to much coming from a home like ours.

This goes to every girl who dreams of becoming number one in the world, to deliver happiness to an entire nation, Mónica Puig opened the doors for many others who want to bring gold to their homes against all odds. Thank you, Mónica, for putting our name and our flag on the top, for making our hymn sound loud and clear in Rio 2016, for never denying your roots, instead, proudly bear them as you break the barriers imposed by others who will never understand that determination and sacrifice, no matter from who it comes from, will get you to the top. You, as an individual, moved thousands. I wish to keep seeing more of your talent, strength, humbleness, and hard work get you to the top of the world.

Nicole Marie Nigro
Individual Creator
1106
c1.staticflickr.com
Where to start...... Let me start with the cliche that life throws us curveballs and what we do with it is what counts.