5 Girlboss Moments From The 2021 Olympics
Odyssey

5 Girlboss Moments From The 2021 Olympics

Just in case you missed them. 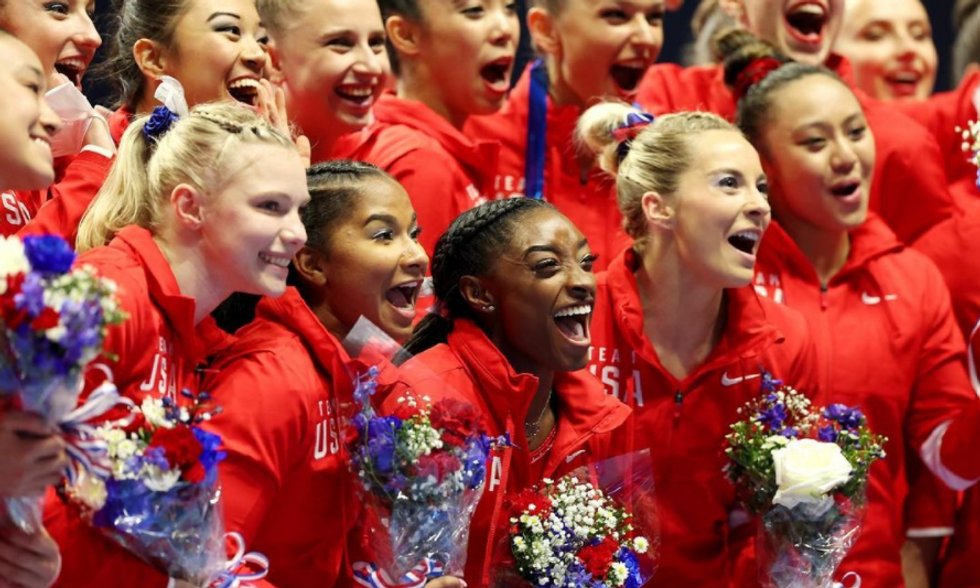 I'm not a very patriotic person. I enjoy the fireworks on Fourth of July and can sing most of the national anthem, but that's usually the extent of my national pride. However, that all goes out the window when the Olympics come around.

There's something about the Olympics that compels me to catapult out of my seat and wildly cheer for athletes, especially the women. So, if you haven't been paying attention, here are some great girlboss moments you missed out on.

Whether you follow the Olympics or not, Allyson Felix is a name you should recognize. The running star is an Olympics veteran, especially now, since she just qualified for her fifth Olympic Games. Aged 35, Felix qualified for two events: the relay and the individual 400m race.

When she qualified in the individual event, she received a standing ovation from the crowd and celebrated her win with her two year old daughter, Cammy. This win was a huge deal to Felix; not only did she enter her fifth Olympic Games, but it was also her first win that came after her difficult pregnancy.

While pregnant with Cammy, Felix was diagnosed with preeclampsia and underwent an emergency c-section. Though this experience would frighten many, and possibly dissuade some from competing, Felix used this experience as motivation, saying, "I thought about us fighting in the NICU, fighting for my life".

It's hard enough to make it to the Olympics, but after a life-threatening pregnancy? Mad props to Felix! She can do anything.

It's been known that not only is Biles a girlboss, she is the GOAT. She is well aware of this fact too, as she's worn bedazzled goats on her leotards before. This Olympic Trial hasn't shown her best performance, seeing that she's made a few mistakes in her routines with two out of bounds steps and a fall on balance beam.

However, she commanded her first night, ending almost three points ahead of the next closest gymnast. During that first night, she (once again) demonstrated her dominance, as she performed her routines flawlessly, using moves named after herself, such as the "Biles" double-double beam dismount and the "Biles II" triple-double floor element.

If you get the chance, you should definitely watch her floor routine here. She proves herself worthy of the goat leotard time and time again!

Sometimes things don't go your way, but you still have to hope for the best. Gold medalist Simone Manuel can likely understand this, as she did not qualify for the 100m freestyle during these Olympic Trials, which is the very same event she gold medaled in last Summer Games.

This was consequent of her overtraining syndrome, which forced her to stop training for a few weeks prior to the race. Because of her shocking loss in the 100m, Manuel had to qualify in the last event of the American Swimming Olympic Trials or return home.

Racing against her past teammate, Abbey Weitzeil, Manuel squeezed out first by .01 second, winning with a time of 24.29. Weitzeil, who came in second, was the first to congratulate Manuel, leaping over the lane line to cheer for her. In a true tale of hard work, positivity, and good sportsmanship, the two teammates will travel to Tokyo to race one another once more.

4. Laurel Hubbard will become the first transgender woman to compete

Though the rest of the girlbosses in this list are American, it's important to recognize that there are amazing female athletes of all nationalities, and identities in general. This can be seen in Laurel Hubbard, a weightlifter from New Zealand.

Since qualifying for the Olympic Games, Hubbard will become the first transgender woman to ever compete in the Olympic Games. After transitioning in 2012, Hubbard eventually began competing internationally, and despite a serious injury in 2018, she was able to compete and win in the New Zealand Olympic Trials.

Though the decision allowing Hubbard to compete adheres to the official guidelines (including those having to do with testosterone levels), many people still oppose her presence, as the topic of transgender people competing in sports is still somewhat of a controversial subject. Regardless, Hubbard has triumphed through struggles and injuries in the past, and will continue into the Olympic Games with the same perseverance and grace. Good luck, girlboss!

The 2021 Olympic Trials have been filled with amazing moments, especially within track and field. Many women, such as Gabby Thomas and Shelly-Ann Fraser-Pryce, have been cementing themselves as the best in the world. While this isn't strictly true for Sha'Carri Richardson, she has achieved something equally, if not more, impressive.

While competing to qualify for the Olympic Team, Richardson ran a 10.64 in the 100m event. This feat, at the time, was the best in the world, though it would later be broken by Fraser-Pryce, and was second only to Florence Griffith Joyner. What is particularly amazing about Richardson's performance is what preceded it; in the week leading up to this race, Richardson lost her biological mother.

In spite of this terrible loss, Richardson decided to not just compete, but dominate in her events, saying she's "never going to take an opportunity to perform in vain". Her resilience is communicated both through her actions and her bright orange hair, as she brings hope and inspiration to many.