Why Is Everyone Just Realizing Donald Trump Is Bad News?
Odyssey
CurrentlySwoonLifestyleHealth & WellnessStudent LifeContent InspirationEntertainmentPolitics and ActivismSportsAdulting
About usAdvertiseTermsPrivacyDMCAContact us
® 2023 ODYSSEY
Welcome back
Sign in to comment to your favorite stories, participate in your community and interact with your friends
or
LOG IN WITH FACEBOOK
No account? Create one
Start writing a post
Politics

Why Is Everyone Just Realizing Donald Trump Is Bad News? 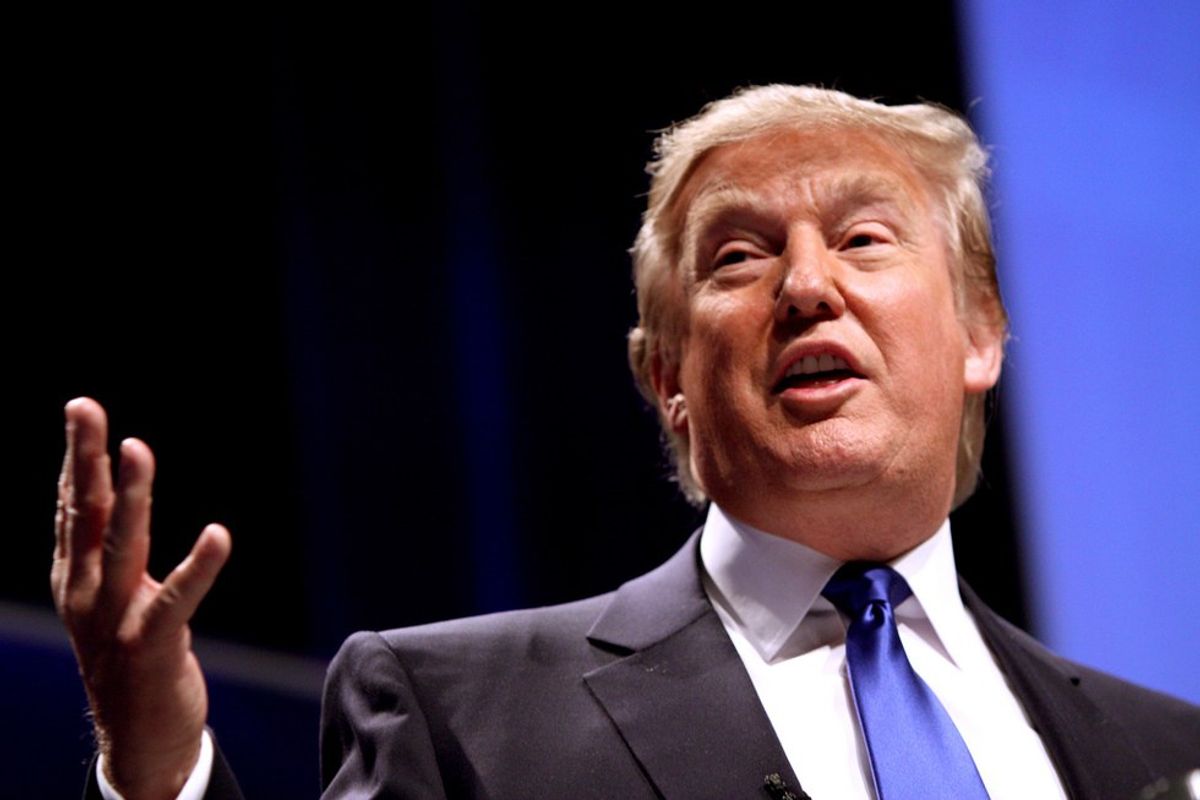 You saw him make horrible comments about Mexicans, propose bans on Muslims, and still push a stupid birther movement that should've ended long ago. It seems like every day, something or the other comes up with Donald Trump, but yet people still can't seem to see what's wrong with this guy. Just last week, he was addressing a group of conservative Christians in a conference in Iowa, he asked those who weren't Christians to identify themselves, and asked the audience "Should we keep them?" HOW is that okay?? Someone, please tell me. People that are raised as bigots, racists, sexists, and xenophobes usually don't change. There are several articles on how Donald Trump was racist in his business policies in the 70's, and with the new tape of him saying extremely sexist remarks about women, chances are he probably hasn't changed. He definitely still thinks of himself as a rich snob, and probably feels that his "wealth and success" entitle him to say or do whatever.

My only question is, why is the Republican Party only realizing this now? Where have you been for the past year and a half? What did you think Trump was saying when he was insulting Hispanics, African Americans, and Muslims? How did you think that was okay? How do you think this orange incompetent toddler is capable of handling our country's secrets, nuclear codes, and be the leader of the free world?

While many key Republicans have pulled their support for demonic Donald (and it was about damn time) there are still many that really haven't. After each political blunder, Trump seems to get himself into, they keep apologizing and coming out to the public saying they don't approve of his actions, but will still continue to support him. When are we going to start tying Donald Trump's actions with Donald Trump?? I'm looking at you Newt Gingrich, Paul Ryan and Mitch McConnell.

Say what you want about Hillary Clinton. About her emails, Benghazi, and so on, but technically, what she did wasn't illegal, which I think says a lot more about our legal system than it does about her. She's a woman who has proven herself time and time again for the past 30 years that she is capable of having this job. She's negotiated numerous peace deals as secretary of state, started the CHIP program for low-income families when she was a senator and has done so much more to improve the lives of everyday Americans. This election season, I hope that people open their eyes, and vote based on who is actually fit to do the job, not for the flashier candidate.