Nuggets On The Nuggets
Odyssey

Nuggets On The Nuggets

The Nuggets missed the playoffs. Now what? 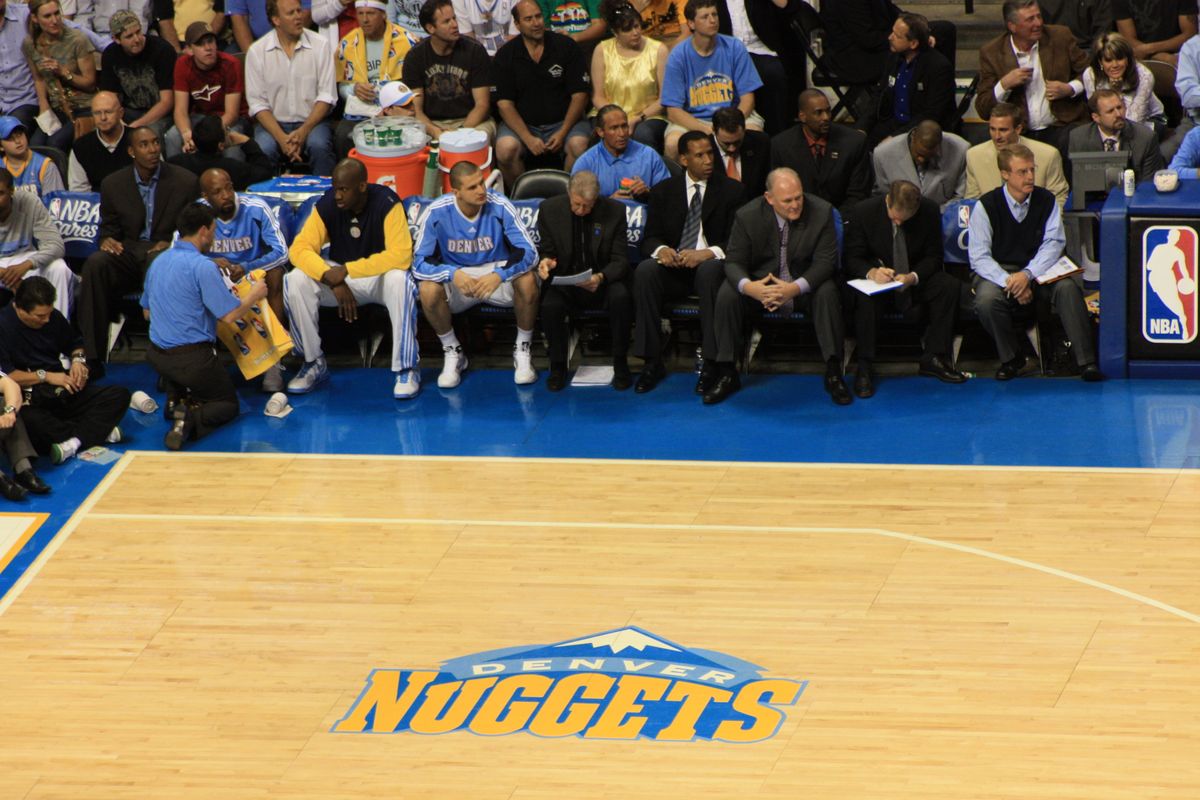 For Spring Break 2018, I had the privilege to resort in Denver, Colorado for a week of snowboarding, relaxing, and most importantly, basketball watching. I attended the Nuggets' game against the Detroit Pistons with my younger brother and father, which is always a treat as they get exceptionally rowdy.

The game was stellar. Beyond the ridiculously cheap tickets (we got 3 tickets, 8 rows from the baseline, for less than 100 dollars. Highway robbery. Tim Howard was there too!) and getting high-fives from local hero Anthony Tolliver (went to Springfield, MO high school, Kickapoo) and Blake Griffin (BLAKE GRIFFIN), the Nuggets definitely play one of the most entertaining forms of basketball I have ever seen.

It all starts in the center with 6'10" Serbian big man Nikola Jokic, who runs around like a baby deer but throws passes like Peyton Manning. He is very much the modern-age center archetype on offense: a big dude that can shoot from all three levels, zip passes out of the post and in the pick and roll, and finish at the rim. These are skills that many point guards have yet to master, nonetheless a man with the size of Avengers' villain Thanos.

Alas, Jokic is not a man without his flaws. This video of Lakers' point guard Isaiah Thomas schooling Jokic has gone viral, highlighting Jokic's slow vertical agility and poor body angling. Thomas was able to dribble past him, douse Jokic with gas, set his ankles on fire, and score before Jokic knew what was happening (I may be exaggerating).

From my own observations, Jokic also seems to become exasperated with teammates when they fail to see a passing lane or look up too late to receive one of Jokic's no-look specials. It's like watching Albert Einstein attempt to teach relativity to a bunch of kindergarteners, then getting frustrated when poor Billy can't tell the difference between a lowercase and uppercase R.

There comes a point where a player's flaws outweigh his strengths, but this is not one of those cases. Jokic's net rating (+4.6, per NBA.com) is tops on the team, while also carrying the load in points (18.5 PPG, ranked first on the team), assists (6.1, first), and rebounds (10.7, first). Jokic is a slightly flawed player, but the severity and types of his shortcomings are not overly detrimental.

Denver won this contest against Detroit, an important game as they attempted to make the playoffs. Unfortunately, they fell just short in a loaded Western Conference (46-36 was their final record, which would've been enough to crack the postseason picture in any of the last three seasons). Now the loaded question: where does Denver go from here?

Denver, by virtue of missing the playoffs, has a lottery pick in this upcoming draft (number fourteen). Picking in a similar spot last year at thirteenth overall, Denver had the chance to pickup rookie phenom Donovan Mitchell, before electing to send that pick to Utah for Trey Lyles and the rights to Tyler Lydon. Does a similar gem exist in 2018, with Lonnie Walker, Khryi Thomas, and whoever slides from the top 10 likely being available?

The ideal running mate for Nikola Jokic is one that is already on their team: forward Paul Millsap. After missing over half the season, Millsap didn't have enough time to gel with his new team, and often looked out of place and under involved. Going forward, Millsap is the perfect glue guy that can do a little bit of everything, while taking much of the defensive pressure off of Jokic.

Jamal Murray and Gary Harris are the fire and ice in the backcourt, with each making large jumps in bigger roles this past season. Murray looked every bit of the lethal shooter he appeared leaving Kentucky, and simply looked more comfortable operating the point in his sophomore season. His perimeter defense and pick-and-roll relationship with Jokic will be big keys as he develops into Denver's number two option. Harris fits the bill as a dynamic two-guard, a constantly screening (important in this motion-heavy offense) guard that also makes some of the best cuts that I have ever seen. His defense is highly-regarded and he finished second on the team in scoring (17.5 PPG).

Maybe the biggest hole on this team is the three, where Wilson Chandler started off the year having a weird season, but ultimately corrected himself. He's a fine shooter (right about league average at 35.8% from three) and prides himself on his defense, but as he approaches 31, he is definitely the weakest link in the starting lineup.

There are other issues for the Nuggets' brass to address. They have a thin bench. Are Malik Beasley, Tyler Lydon, Trey Lyles, and Juancho Hernangomez legit prospects to build with in the future, or simply trade bait? What do they do about the disappearing act of NBA dinosaur Kenneth Faried? Should they resign inefficient but energetic sixth man Will Barton? Do they try to fill that three position with free agent Paul George before Jokic gets expensive?

These questions will be answered soon enough, but it's important to remember how youthful these players are. Jokic is 23. Harris is 23. Murray is 20. These Nuggets will continue to shine as they age and refine themselves. They will be playoff contenders again next year, and likely many years after. To Nuggets fans everywhere freaking out about this years' "failure": stay gold.