The goal of 1000 assists takes more than athleticism; it takes strength, dedication, and sacrifice, not to mention a great coach. 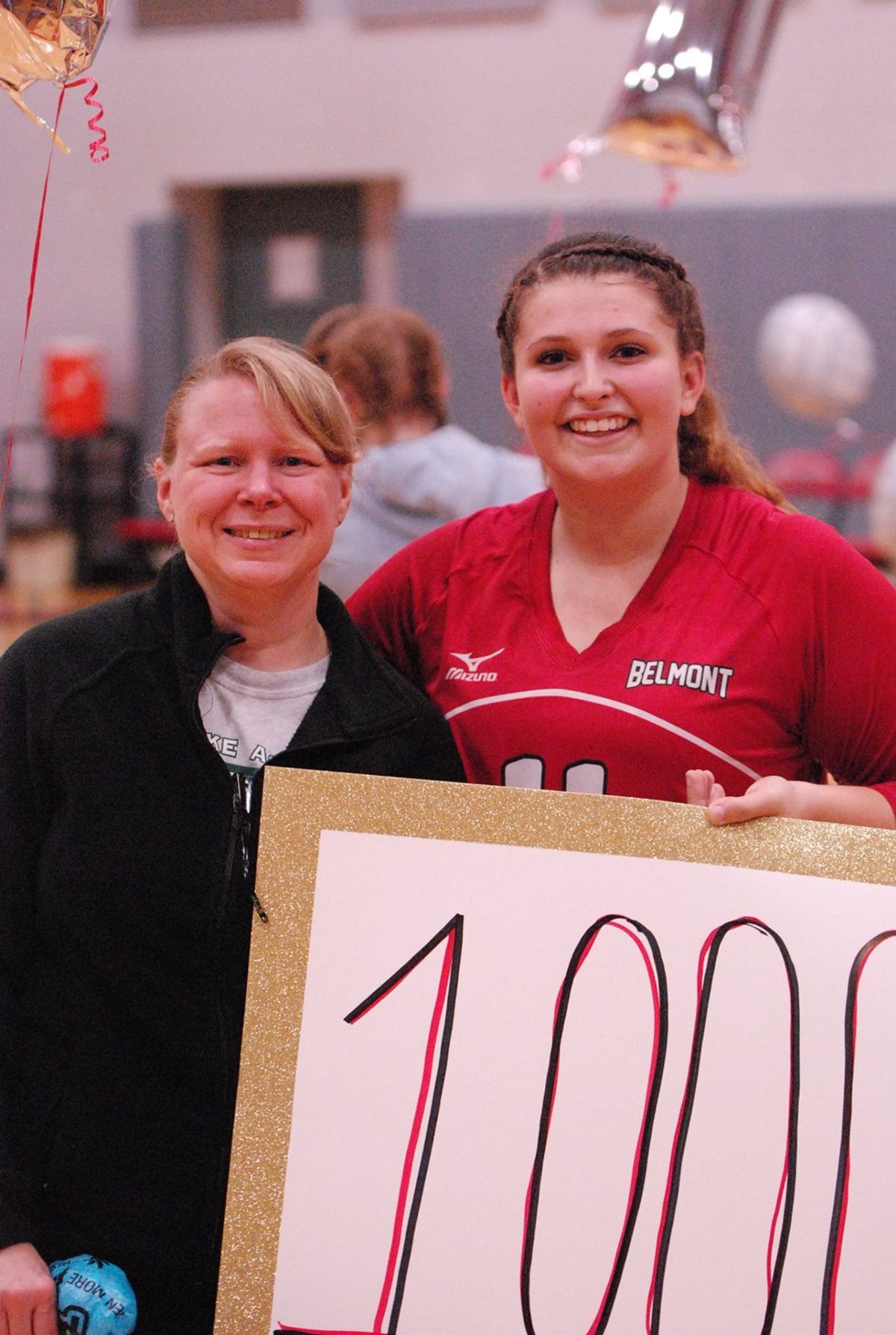 Today turned out to be a very special and rewarding day for a member of the Belmont High School Varsity volleyball team, setter Emily Laflam. On October the 21st of 2016, Emily began her Senior Night volleyball game with one goal: to reach 1,000 assists in her varsity career. She began the match with only six to go, and achieved the victory within the first set.

Emily is currently a Senior at Belmont High School in New Hampshire. She began her high school volleyball career on Junior Varsity, and rapidly excelled under the guidance of Junior Varsity Coach Jackie Derosia and Varsity Coach Missy Miner. Together, the coaches helped her develop her strength, consistency, and ability as a setter. Emily continued throughout high school, and played on the Varsity team throughout her Sophomore, Junior, and Senior years. While in the off-season, Emily participated in club volleyball.

While Emily was setting for the Junior Varsity Team, Senior Megan Bailey was setting for the Varsity team. Bailey, having broken both the 1,000 assists milestone and the school record of 1,209 assists with 1,337 assists, was statistically the best setter in Belmont's history. She was a touch act to follow. However, Emily stepped up to the challenge, and was able to pass the 1,000 assist mark with grace.

Volleyball began in New Hampshire high schools in the 1970's. The league began with Coach John Garneau leading the Belmont Varsity Volleyball. Volleyball eventually became recognized by the New Hampshire Interscholastic Athletic Association (NHIAA). The first volleyball championship recognized under the NHIAA was held in 1977 and was won by the Belmont High School Volleyball team.

To put this into perspective, Emily was able to accomplish a feat which only a few athletes have done before her at Belmont. The setters before her able to achieve 1,000 assists were setters Kristin Ellis with 1,209 in 2001, and Megan Bailey with 1,337 in 2013. Since the beginning of volleyball at Belmont, they are the only three setters to have accomplished this goal.

Emily will continue to increase that number over 1,000 as she and the Varsity team continue into the post season. They finished seventh overall in Division III and will continue on to fight for the title of High School Varsity Volleyball Champions.