Volleyball Memes That Are A Little Too Relatable
Odyssey

Volleyball Memes That Are A Little Too Relatable 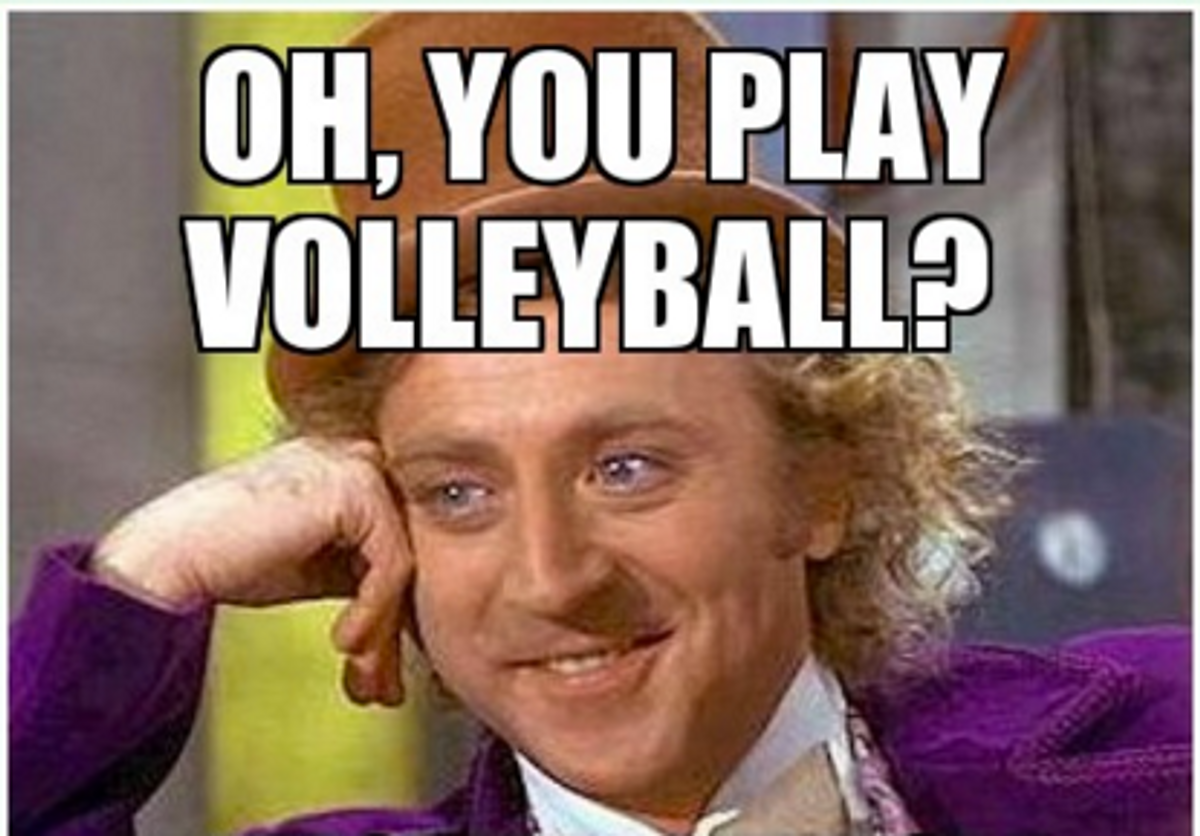 As a club volleyball player, I have experienced so many great aspects of playing a sport in college at a competitive level. Awesome new teammates who you can bond with is one great advantage. Another is the extra structure that comes with having practices and tournaments. As a volleyball player, I tend to believe that the greatest part of the sport is the selection of memes about volleyball.

Volleyball memes are actually hilarious and it's kind of bizarre how accurate they all are. I have not seen one meme about volleyball that had me thinking, "You know, that never actually happens," or "What are they even saying right now?" Here are a collection of the funniest and most relatable volleyball memes for all volleyball players and spectators of this fabulous sport.

Diving for a ball that was probably close to impossible to get and then not getting a point is probably one of the top five most disappointing things in life. A setter's main objective is to set the ball properly, and when you combine a setter getting a double with a good diving pass, there is definitely tension in the air.

Now, when the setter gives you the perfect set, this is the ideal opportunity to end the point and score. Even if you are not a setter, I know you have seen defeat and disgust in your setter's eyes when their perfect pass is in the net. They did their part, and you should just get that kill! Oh, the agony.

This year for club play, regulation has changed the rules back: no net part of any kind can be touched during game play. Not the tape, not the bottom, nothing. This has been quite a dilemma for some. However, you must always play it off cool and pretend like nothing ever happened. Hey, maybe you'll get lucky and the ref won't notice!Playing back row and receiving a serve can definitely be challenging, but a jump serve just makes it about a thousand times worse. You already have no idea where the serve will land, but having the person run, jump and hit the ball just to serve it anywhere on the court is frightening and it must be prepared for. Tournaments are the best and the worst of days. Waking up at 4:45 a.m. to drive three hours in a car packed full of teammates while being dehydrated all day is the worst. But the quality time and laughs with your team, along with winning, is the best and sometimes most unforgettable. But then the smell after the tournament is, again, the worst.

Being out of rotation is a free point for your opponent, so even if you notice your team's mistake, you must make sure no one else shouts it out. What the ref doesn't know won't hurt — just be sure to fix the rotation the next point.

The whole point of the game is to keep the ball off the ground so why would you not go for the ball when it's heading towards the ground? This is a mind-boggling and frustrating occurrence. As a front row player who never plays full rotation, this picture is almost too relatable. You get so angry after someone lets a ball drop, but you forget that you can do nothing about it because you will never play back row. So, you continue with the game and just use your anger to get better hits. Attempting to help out your teammates by calling a ball out because it looks as though it is at the perfect angle to sail directly out of bounds. But, without fail, it lands on the line and your teammates just stare at you. Well, you sure won't be calling balls out anymore after that!

Putting in the effort on a long back and forth rally is so much exerted energy that you must win the point. Losing the point is so disappointing, and now you are so tired and defeated and confused at how you just let that happen.

When you are close to 6-foot, your job on the court is to get kills and blocks. When a girl a foot shorter than you with hops blocks your giant self, it's hard to believe. It usually sends you to into a fit of rage and fury. It's a horrible feeling that I wish upon no volleyball player. Most people say this about volleyball and it is, by far, my number one pet peeve. "Oh, you just have to like bump it right?" No, no, no, no. If you play real volleyball, serves at your legs are very fast and may even float left to right, and you have to not only keep it in the air, but pass it to the setter so someone can hit it. It is not easy, I repeat, not easy.

Hope all of my fellow volleyball players got a good chuckle and have a merry volleyball season!

Glorie Martinez
4757
Why I Write On Odyssey

The Season Of Giving