Why I Didn't Watch The Presidential Debate
Odyssey

Why I Didn't Watch The Presidential Debate

It was just obvious how it was going to go... 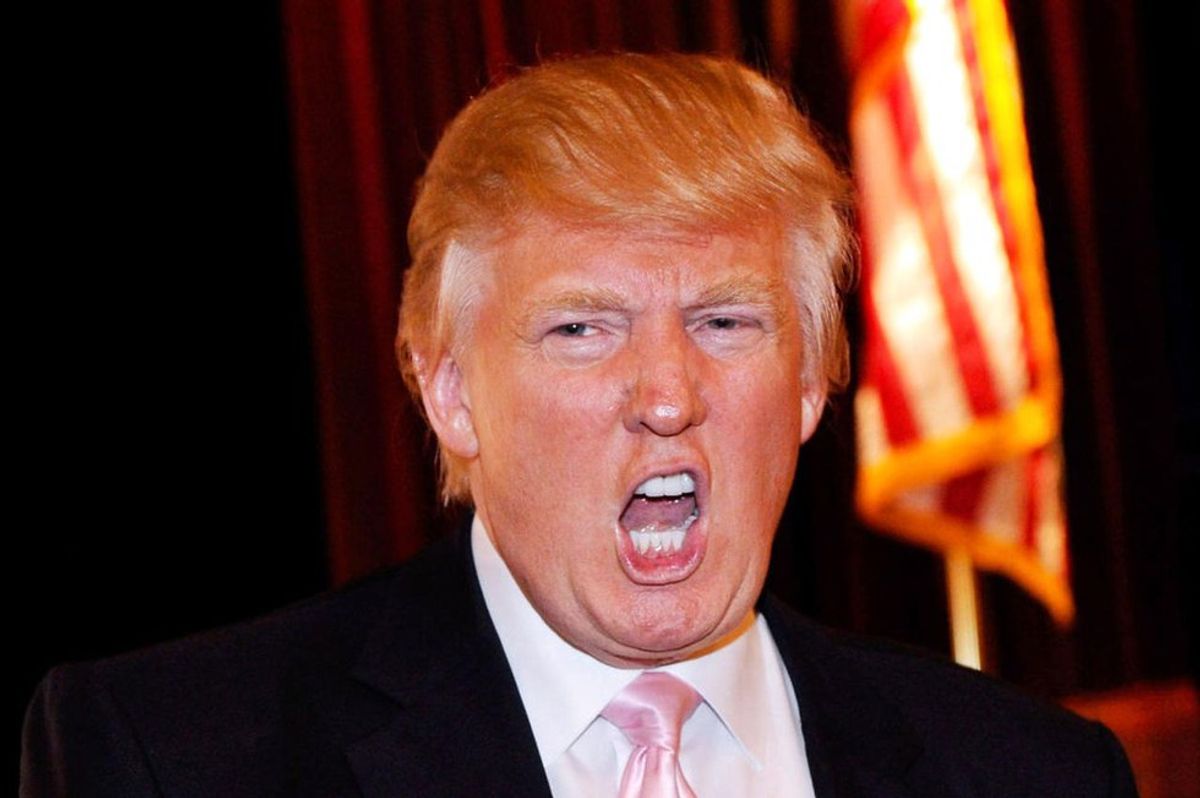 As a millennial whose first time voting will be the 2016 election, I try to keep up with politics as much as a full time student can. Personally, I have no idea how it all got to this point; it feels as if one day we'll hear on the news that it was all just a sick joke, the real candidates will be revealed and it will all be okay. That's not going to happen, but a girl can dream, right?

To me it's pretty obvious that neither candidate is a great option, but you have to be kind of blind not to see that Trump is the last person who should be president. But despite his lack of policy, blatant privilege, and obvious racist bias, there is a disturbingly shocking number of people who think, "yeah, he'll do," or can honestly find something that they agree with in his bigoted ramblings.

While I'm not a Hillary fan, I recognize that she is the only option, as everyone else just hasn't stimulated enough interest to get people excited. Yeah, she's done some shady stuff, but every time she has been taken to court, the judges have found nothing to suggest that she should be punished for her actions. Sure, a lot of things she has done are obviously wrong, but not stipulated in legal papers as being illegal. At least she doesn't want to build a border wall that would cost about $25 billion that America literally does not have, because there is no way on this good earth that the country that wall borders on is going to pay for it, and rightly so.

Though she's an uppity white lady, she hasn't been backed by KKK members and white supremacists, nor has she said that they KKK Grand Wizard might not be a bad guy, then later denounced him because, apparently, she forgot what the KKK is and what they stand for. Hillary has a filter and is pretty articulate, in comparison to Trump at least, who has said such things as, "I know words...I have the best words!" Why don't you use those words, if they are so amazing, why do you speak like a five-year-old raised by rich, racist assholes? Maybe because you were.

I think a lot of people are hung up on the scandals that have surrounded Hillary Clinton, but are they really so thick that they are going to just forget how Trump has said that the targeting and murder of terrorists families is justifiable? That is positively barbaric.

It really isn’t difficult to take a glance at some of the corrupt things Trump has done to people, and then realize that he is not capable of leading this country forward. He swindled thousands of people of an education with his Trump University gimmick and hired a white nationalist as his campaign chief, and denounced Sen. John McCains' service in the military because he was a POW. I honestly don't think this pile of melted wax with a comb over has any idea how politics works, because usually, you wouldn’t poke fun at someone who has served our country.

Oh, and remember how he’s such a great business man? He’s filed for bankruptcy 12 times, refused to pay the architects who designed the Trump Taj Mahal—and like my suite mate, Emma said, “Like it wasn’t a religious building in the first place.” You wouldn’t build a hotel based on St. Peters Basilica, now would you? You know how he wants to make available jobs in America? Then why is all of the clothing connected to his campaign and his clothing lines been made in China? Seems a little silly, right?

So, to get to the point of this long winded waffle, I didn't watch the debate because I knew how it was going to go. Hillary would stand there with that fake-ass smile on her face while a talking baboon interrupts any point—whether valid or invalid—she makes and she rethinks her entire pursual of her political career. And we, the audience, will sit there in absolute awe that our country has truly become the joke that it has always been to the world.