5 Major Issues Facing The United States Today
Odyssey
CurrentlySwoonLifestyleHealth & WellnessStudent LifeContent InspirationEntertainmentPolitics and ActivismSportsAdulting
About usAdvertiseTermsPrivacyDMCAContact us
® 2023 ODYSSEY
Welcome back
Sign in to comment to your favorite stories, participate in your community and interact with your friends
or
LOG IN WITH FACEBOOK
No account? Create one
Start writing a post
Politics

And why they are so important 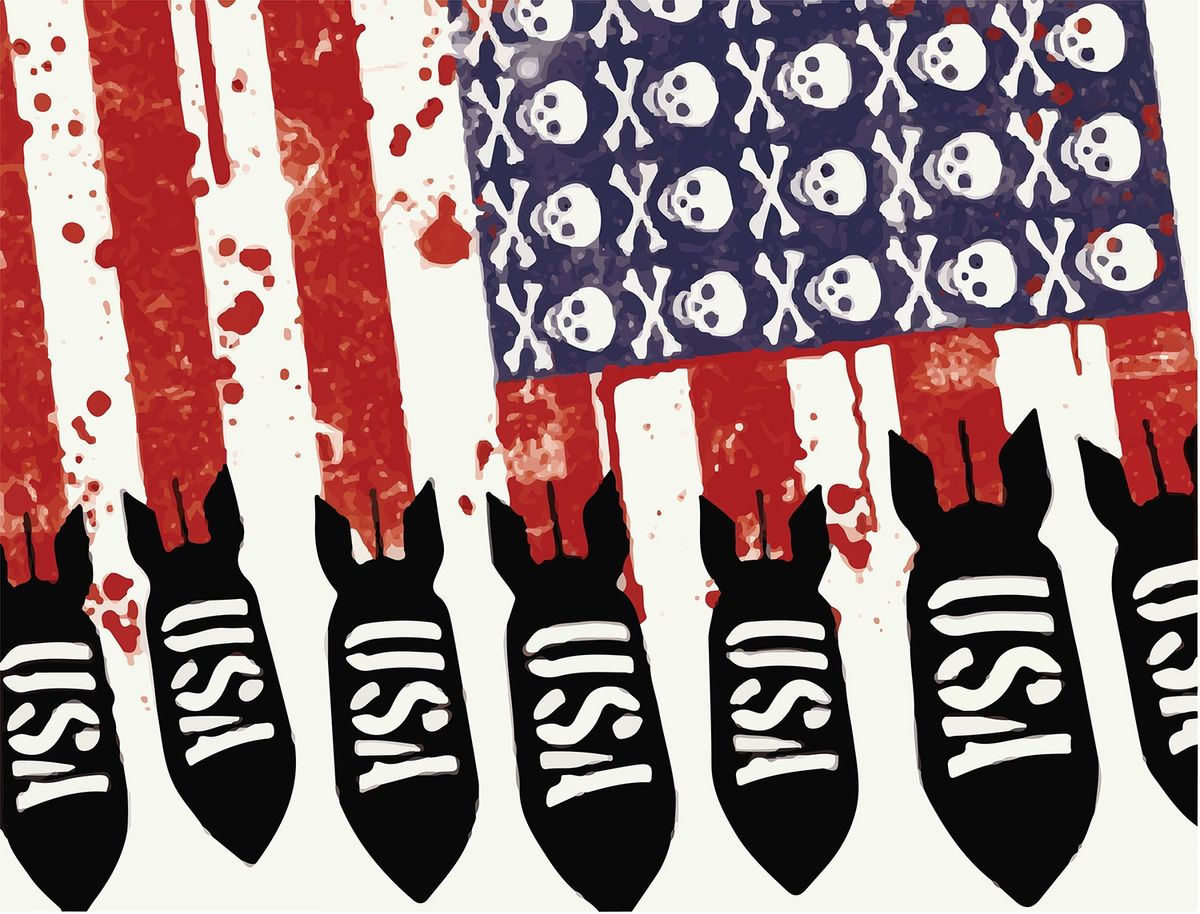 The Land of the Free. The Home of the Brave.

The U.S. is a country that I have always felt lucky to grow up in. We have the strongest passport in the world, best air-traffic control, a powerful influence in international relations, and a stable-ish governmental system. We haven't had violent governmental upheavals lead by dictators (though we could argue we have a fear-mongering president at the moment). As a white, American, middle-class woman, I can't say that I haven't experienced the comforts and privileges of being an American, and I have been grateful for some of them. It's impossible to ignore the shady stuff that the United States government has done though, including displacing an entire indigenous nation in order to take their land and capitalize on its resources.

When we celebrate patriotism in the United States, we sing our national anthem proudly and cheer that we are living in a "free country." There are five particular areas where, compared to other countries, the United States could be doing a lot better. Love for one's country has to be more than a paltry sense of nationalism or a spirit of competition against other nations. It has to be a willingness to admit the faults of the country you live in and fight for not only the rights of you and your family, but for the rights of all inhabitants of the United States.

Here are only five of the many issues I think the government needs to address to move in the right direction, since it feels like we've been moving backwards since November 2016.

1. First off, the quality of education in America varies widely depending on the location of a school and its financial resources.

According to The Atlantic, one in four American students don't meet the base-level of math competency as observed in PISA surveys where global education is reviewed. The U.S. ranks 26th out of the 34 surveyed countries in mathematics scores. The Socio-economic status of the students and schools surveyed has a lot to do with this low score. Additionally, there is not a clear set of curriculum besides for Math, Sciences, Reading, and Writing courses (as well as gym classes), that seem to be required. Private schools can adjust this curriculum how they see fit. Some schools can't afford to train their teachers to teach AP classes or hire enough faculty to actually benefit their students. Once again it seems like the more money you have, the better education you'll get for your kids. Students in inner city schools are more likely to be educationally disadvantaged compared to those that live in wealthier suburbs.

The U.S. is still one of the only industrialized countries that does not have paid leave for the parents of newborns. Less than 2o percent of employers in America offer fully paid maternity leave. My parents were lucky that my grandmother lived ten minutes away so that I never had to go to an infant day care or anything of the kind as a toddler. Most families go into debt when one of the parents has to quit their job or pay for nannies and day care because they can't earn a salary when they decide to stay home for their children. Countries like Russia, the Netherlands, France, and Spain offer 100 percent pay to their workers and over 100 days of parental leave. The US, Lesotho, Swaziland, and Papua New Guinea are the only countries that do not require parents to take a paid leave. Apparently raising families in America is only practical if you're wealthy.

With this week's headliner being Trump's pulling out of the Paris Accords, the U.S. is in a climate crisis. The first major anti-environmental awareness move that Trump made was to appoint Scott Pruitt, a known skeptic of climate change, to the head of the EPA. Pruitt believes that putting the federal government in charge of addressing climate change is a mistake, and this moronic thinking is only reinforced by Trump's promises to increase fossil fuel productions in the U.S. in order to make the world better for the American people. Now that he's pulled out of the Paris Accords, an agreement between countries to lower their emissions, Trump is making certain that the U.S. won't have to play by the rules, and this will undoubtedly cause irreperable damage to the environment, and to foreign relations.

This issue is less talked about on the political level in the U.S. We live in a country that is largely dominated by Western, Christian thought, and in more superstitious, less-educated communities, mental illness is no more than a sign of evil in the world with no cure. Many teenagers reach a breaking point when they go away to college, and suddenly realize that they suffer from extreme anxiety, depression, OCD, and other disorders, which can all be easily hidden when they are high-functioning disorders. Sadly, states have cut back funding for mental healthcare by $5 billion between 2009 and 2012. Mental healthcare is the hardest medical service to get access to in the United States, and almost 90 million Americans live in areas where there is a shortage of mental healthcare professionals.