I Asked 30 College Kids If They Would Stay Together With Their S.O. If They Got Pregnant

It takes two to get pregnant, right? 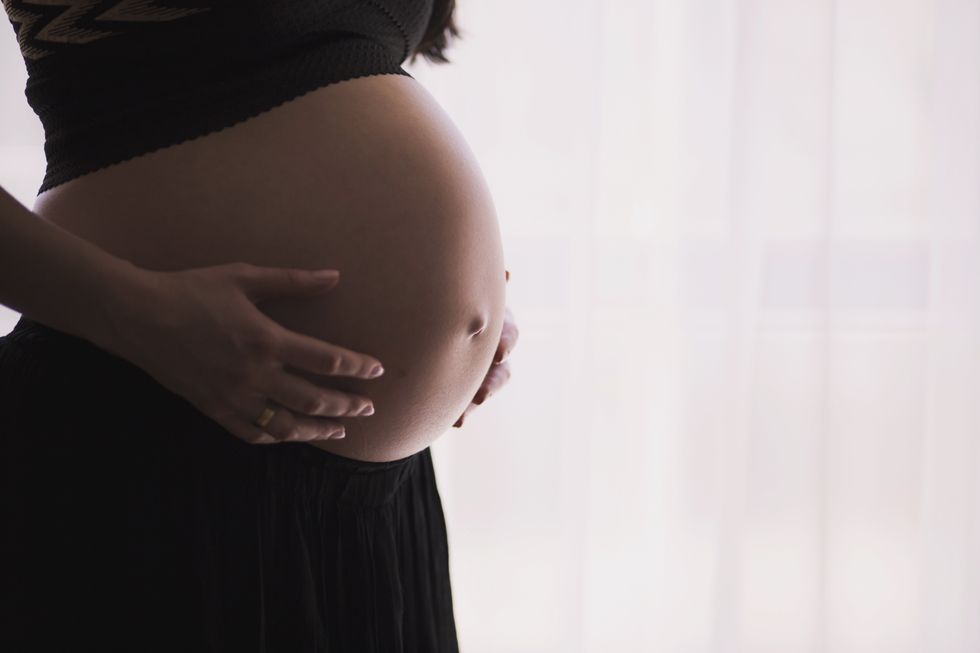 Pregnancy is real, people. It's as real as skipping and 8 a.m. to get caught up for your 11 a.m. I feel like pregnancy is rarely talked about around college campuses.

Really, all college campuses tell students is to basically "wrap your willy" but what exactly happens when you get a girl pregnant or when you become pregnant?

I wanted to know what the majority of college students said when it came down to it, would you stay or would you go?

Honestly, the answers are shocking AF.

I wanted to know the range of years that those answering my poll was before I really hopped into the messy situation.

The next question was simple, how old are you?

That's crazy, I always thought to my self that 20-years-old was well, old. But honestly the majority of us literally have no idea how to care for ourselves mentally and physically. How in the world would we take care of another human being?

It's a scary thought, y'all.

Then here came the question we've all been waiting for—Would you stay? Why or why not?

87.5% of those 30 college students told me that they would STAY.

But why you ask? Let's get down to business.

One student asked me, "Why would I leave simply for a child coming into the relationship? If it's a good relationship I'm staying!"

And you my friend are a clear example of why our generation will be the generation to change the MF world. But, seriously, you're right. You did this together, whether it was a mistake or not. Why give it to one person to clean up?

STICK TOGETHER FOR GOD'S SAKE.

Here's another favorite of mine:

There's a constant theme of whether or not the relationship is healthy—and I think that's a thing to think about.
Why have unprotected sex with someone you can't trust?
"Depending on the situation, if we're in a bad relationship no. But me and my boyfriend are strong enough so I feel if I got pregnant, we could do it together and it's not a reason for us to break up. That being said, if things got tough and he cheated on me or was mistreating me JUST BECAUSE we 'have a child' does not mean I have to stay with him forever. "
"Yes, because I made a commitment to support them through anything, why should this situation be any different?"
Exactly, it's a yes from me too dawg! *Randy Jackson voice*

"If pregnancy happened during the course of my relationship, it would be both my issue AND my significant other. We are in this together. Although that sounds a lot easier said than done. You can't really predict what would happen in real life."

I'm telling you people, the generation to end it all. We wake up every day and think that we are those bitches.

This next one is super philosophical and I really rock with it:

"You created a life, you need to be responsible and help take care of the life you created."

This next quote is from a person who thinks that having a two parent household is the solution to every child's problems. And really, there is research that says the children should 100% have two parents active in their lives.

"I would work my hardest to give my child the best life I could, I think a huge part of raising a child is having both parents present in their day to day lives."

And there's some people that say yes for different reasons:

Eh, you're not morally obligated to do anything. Would you add or subtract from that child's life?

Just some questions to think about.

"At the age I'm at now, I'd probably get an abortion if I got pregnant. I'm in the high of my college career, and a baby is not something I could financially care for right now. My S.O. and I have talked about this, and this is the route we know we would take, so I know that I would stay with him."

And as much as there are students that preach, yes, yes, YES. There are ones who think otherwise.

No judgment here ladies and gents, some people do think this way, and it's important to know that you're not alone in your thinking.

"I'm the girl in the relationship and I probably wouldn't stay with my boyfriend if I got pregnant. He's not mature enough for me to want to bring him completely into my life, introduce him to my parents, and raise a child together. It's something I'd rather do on my own so I could raise the kid the way I want to."

They do say that guys mature a lot slower than girls, so you're not wrong girlfriend. You both need to be mature enough to raise a child, and if one lacks in that department you're not wrong for leaving to do what's best for your child.

and here's a male who obviously agrees with her:

"I would ask her to get an abortion, and if she wanted to keep it, that's probably the end of the relationship. I would want to to be a supportive father and co-parent, but I couldn't see the relationship making it past such a monumental difference on the decision in the first place."

and this last one, well, good luck Charlie.

"I cheated on boyfriend and got pregnant."

And lastly, my friends I'd like to leave you with some advice and thoughts from a fellow poll-taker. (Which I 100% agree on, by the way.)

"As a guy, you leaving your girl if they got pregnant is the most cowardly thing you could do. Not only is that your child too, but the kind of psychological 'mind-fuck' you would put her through having to go through a pregnancy is just not going to give her a good pregnancy and be terrible for your child before they even come into this world. Regardless of the child being wanted or not it's still your blood too and you should want the best life possible for them."

If you or someone you know is pregnant and struggling, click here for help. You are not alone.