Because it is not all just skin and bones. 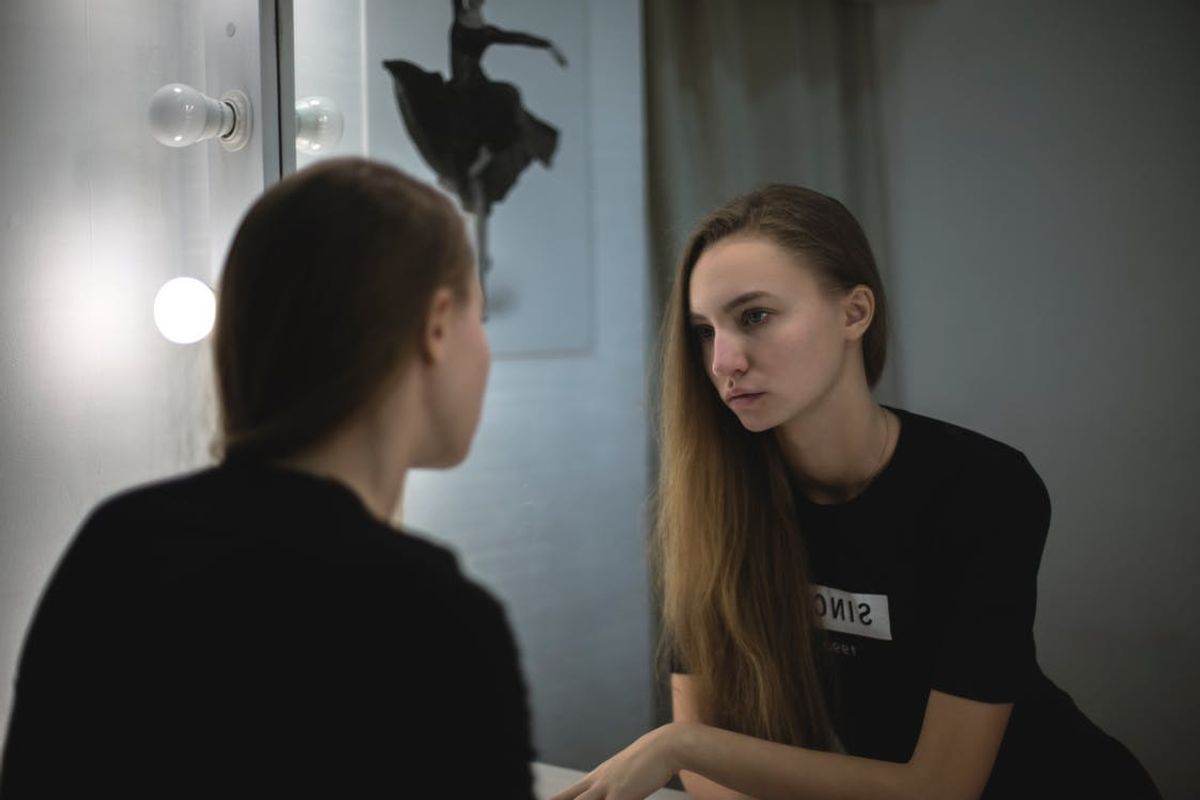 In the United States alone, there are more than 200,000 cases of eating disorders diagnosed per year. With so many individuals suffering from an invisible illness, why is so little attention paid to them? I am one of those individuals, and I am beyond done with some of the false assumptions.

You need to be skinny in order to have an eating disorder.

No, you don't need to be skin and bones. Individuals who are overweight or at a normal weight are often overlooked when making claims of having an eating disorder. Even doctors won't take them seriously sometimes because they don't "look" like they have one.

One possible side effect of eating disorders is weight loss. But you want to know some others? Weight gain, hair loss, brittle nails, reduced circulation, and heart problems. Not so glamorous, huh?

If you have an eating disorder, you must be anorexic.

You can choose to have an eating disorder or not. I mean, it's only food, after all.

Only rich white girls get eating disorders since that's all the media seems to tell us.

If you want to believe that only white females have eating disorders, then you need to crawl out from under your rock. Eating disorders can happen to people of all socioeconomic statuses, races, genders, religions, etc.

If you just eat, it'll be okay. Just eat.

Forcing a milkshake and fries down someone's throat isn't going to magically cure their eating disorder. Like I said before, it's a mental disorder.

Diets and eating disorders are basically the same thing.

There are a lot of people who can safely diet to lose a few pounds. I'm not saying it's necessary that they do so, I'm just saying they can. Sometimes, eating disorder start as a diet — just to lose a few pounds for bikini season or to be healthier. It's okay to become vegan and gluten free to be "healthier," right? Wrong. It's disordered.