15 Orange Things I Would Rather Have For President Than Donald Trump
Odyssey
CurrentlySwoonLifestyleHealth & WellnessStudent LifeContent InspirationEntertainmentPolitics and ActivismSportsAdulting
About usAdvertiseTermsPrivacyDMCAContact us
® 2023 ODYSSEY
Welcome back
Sign in to comment to your favorite stories, participate in your community and interact with your friends
or
LOG IN WITH FACEBOOK
No account? Create one
Start writing a post
Politics

There are a lot of orange things better than the orange Republican candidate. 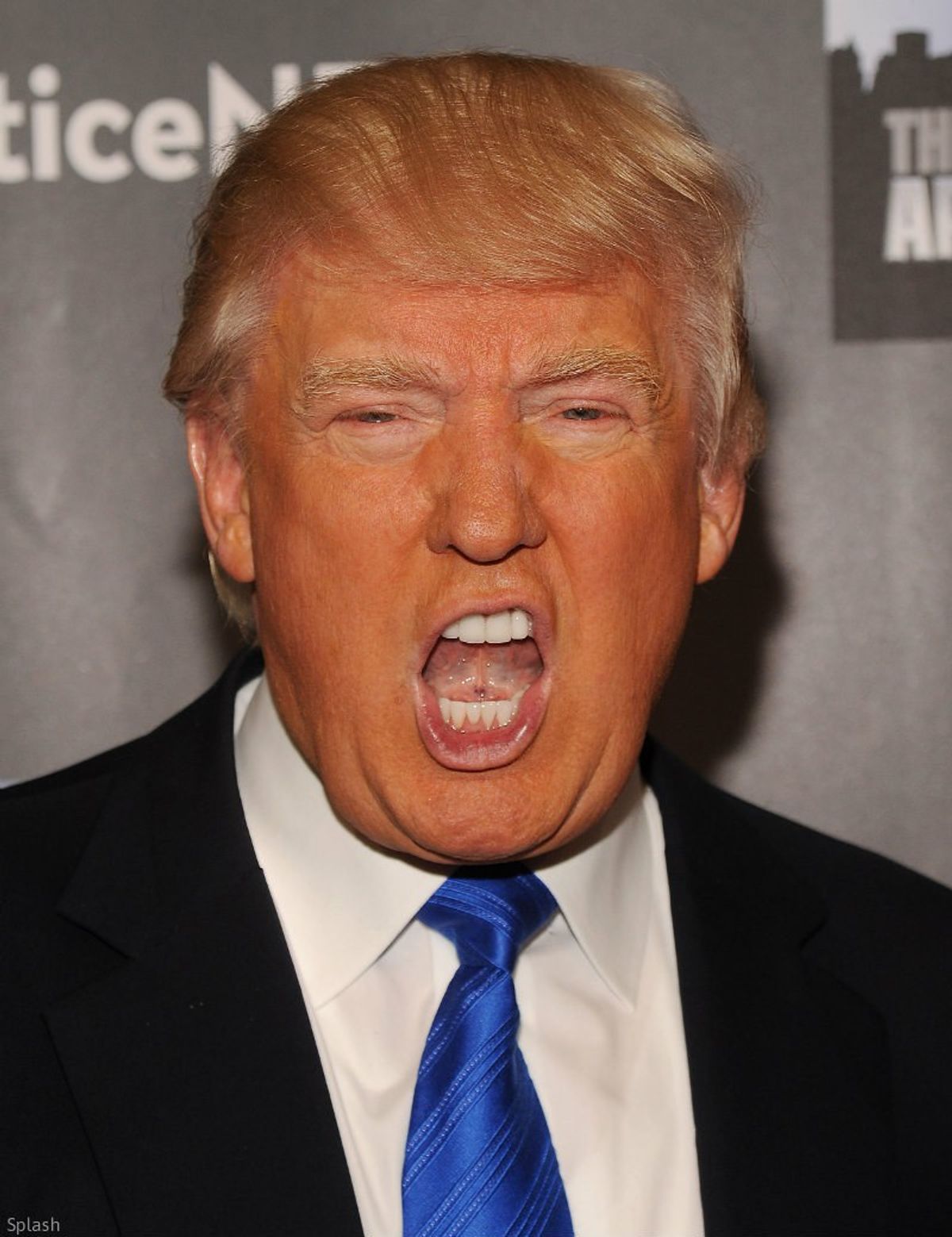 Donald Trump would be a horrible president. Plain and simple. Not only is he racist, sexist, homophobic, and an entirely unqualified orange bigot, but also he does not have the slightest semblance of policy in his platform. Despite his mantra "Make America Great Again," he has no plans explaining what his ideas are for the economy, foreign affairs, civil rights, trade deals, or any other issue. Nothing remotely intelligent has ever come out of his orange mouth. He is an orange fraud and a failed businessman who won't release his taxes lest we find even more evidence beyond his four bankruptcies that he cannot even run his own businesses, let alone our country. In short, he's an asshole.

Donald Trump is nothing but an orange demagogue who makes empty promises and spews hateful rhetoric. He is entirely unfit to be president. But perhaps the worst thing about him? He has singlehandedly ruined the color orange. My mom's favorite color is orange. She cannot even wear her orange sweatshirt out of the house anymore for fear of being associated with Donald, or worse--mistaken for him. How dare he ruin such a wonderful color which is such an integral component of the rainbow? Donald Trump is a color ruiner. He ruins colors.

My anger at the Trumpification of the color orange has caused me to think of various outlandish alternatives. Suddenly, living in a doomsday bunker doesn't sound that bad. But I know that this is unreasonable. As such, I choose instead to imagine what orange things I would rather have for president than Donald Trump.

Stately. Steadfast. Traffic cones keep people in line and they are unwavering in their policies. Might not be pragmatic enough but still, way better than Trump.

As often as Trump has been compared to a Cheeto, I would still rather have an actual Cheeto for president.

Unlike Trump, I don't discriminate.

So hot and spicy, yet definitely more digestible than the idea of Trump as president.

I'm going to (Frito-)Lay it out clearly for you: any cheese flavored corn snack would be the Wise choice over Trump.

That's saying a lot; I am a Yankee fan.

This is also saying a lot because I think these are disgusting.

Who loves orange soda? Literally anyone with a brain.

He is infinitely friendlier than Donald Trump.

Because even "meep meep meep" is more profound than anything Trump has ever said.

O my brothers, even though Alex is a murderous sociopath, at least he's intelligent.

And last, but certainly not least:

15. Hillary Clinton in an orange pantsuit

Or any color pantsuit. Or even in an Armani jacket. Hillary Clinton is not just the better choice. She is supremely qualified and experienced, with the plans to make her ideas a reality. Hillary Clinton is the best choice for the presidency. Let's keep Agent Orange out of the White House; I hear it's very toxic.

Nicole Marie Nigro
Individual Creator
9227
c1.staticflickr.com
Where to start...... Let me start with the cliche that life throws us curveballs and what we do with it is what counts.