Who are we really loyal to? 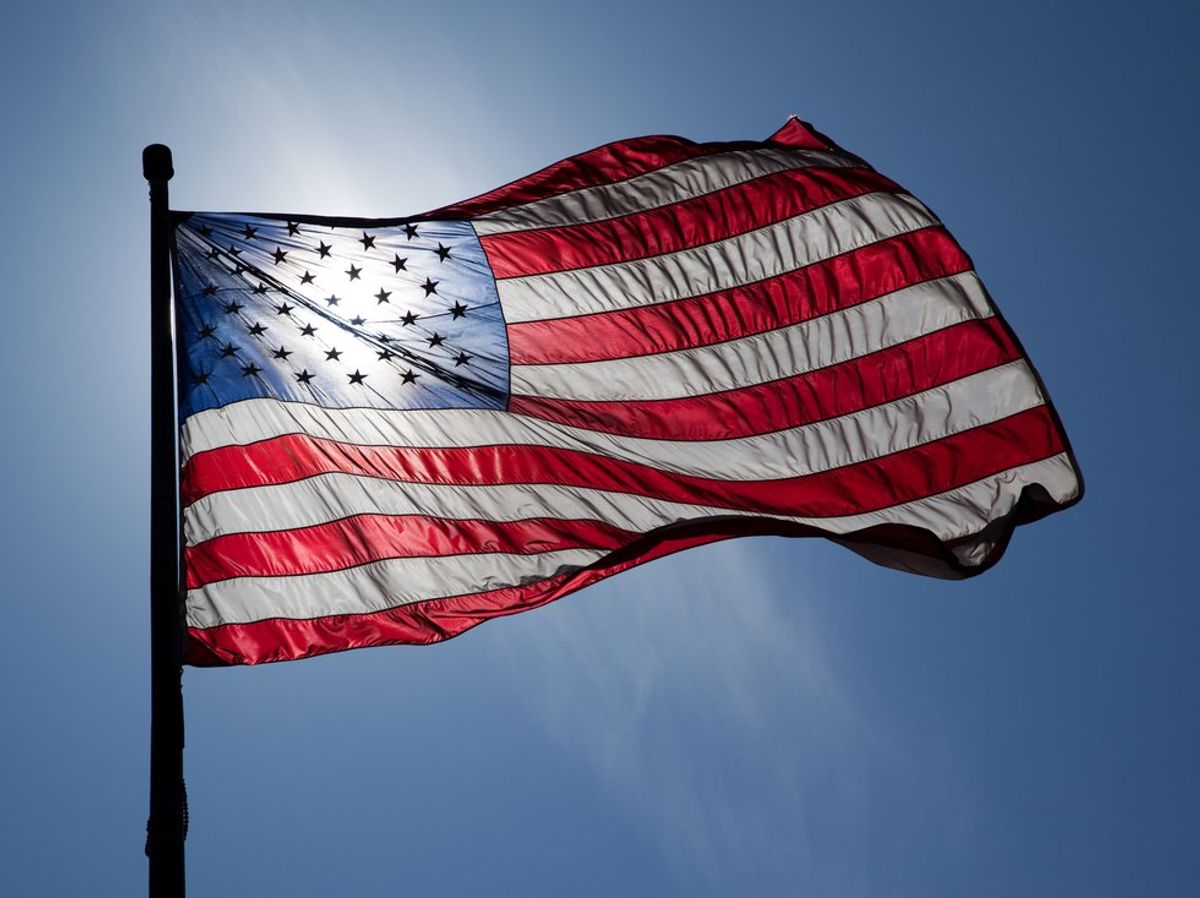 Though daily recitation of The Pledge of Allegiance in American public schools has come to be a controversial issue, there was probably a time when you stood up, put your hand over your heart, and mindlessly rattled off the words that your Kindergarten teacher taught you.

In the current political climate, it’s not uncommon to have one's loyalties questioned. People accuse one another of being “unamerican,” but what are the beliefs, the ties, the allegiances of an American and how do they help us now?

Let’s start by returning to what we pledged as first graders:

So we’ve pledged loyalty to a symbol representing the United States of America.

“...and to the republic for which it stands…”

From Merriam-Webster’s entry for “republic”—definition 1a, section 1, and 1b, section 1: “a government having a chief of state who is not a monarch and who in modern times is usually a president...a government in which supreme power resides in a body of citizens entitled to vote and is exercised by elected officers and representatives responsible to them and governing according to law.”

Therefore, if our chief of state assumes monarchic authority, we are not necessarily pledged to be loyal to him. There are limits to the loyalty we pledge to our government.

Supreme power still resides in the “body of citizens entitled to vote”—that is, every American over the age of 18 has a share in the “supreme power” governing the United States. This “supreme power” is then “exercised by elected officers and representatives responsible to them.” So the government ought to reflect the beliefs of the people. In a republic, the representatives are responsible to the people. Even after election, the “officers and representatives” are obligated to “govern[] according to law.” So, should elected officials operate outside the law, against the interests of the people, they are out of step with the republican contract. In such a situation, we’re pledged to the republic—to the people.

That’s correct, Confederate flag wavers. One nation. That nation being the United States of America.

Under God. Note, that doesn’t say “Under Trump.” Whether you, as an individual, believe in God or not, these two words assure us that every elected official answers to something higher, whether they conceive of that authority as God or as an abstract morality. Something greater is present.

Divisive language pushed Trump ahead whether from him (“We need to build a wall!”) or from his opponent (“basket of Deplorables”). Ideas such as mass deportation and Muslim registries seek to push Americans apart along racial and religious lines. Throw in Trump’s comments about women, and you have increased gender riffs (note the “Repeal the 19th” movement). This doesn’t even begin to account for the in-family fights, the broken friendships, and the workplace tensions.

One who willingly wields such rhetoric may as well proclaim that he is unamerican. We pledged to be indivisible. How dare any American—an elected official, nonetheless—seek to divide this country?

“...with liberty and justice for all.”

Do I really need to explain this one? Every time Mr. Trump speaks, ask yourself: “Does this promote liberty and justice for all?” If it doesn’t, lament the blatant hypocrisy.

Here are our loyalties: to the flag, to the republic, to God, to our unity, to liberty and justice for all.