10 Reasons Why You Should Watch Hockey
Odyssey

10 Reasons Why You Should Watch Hockey 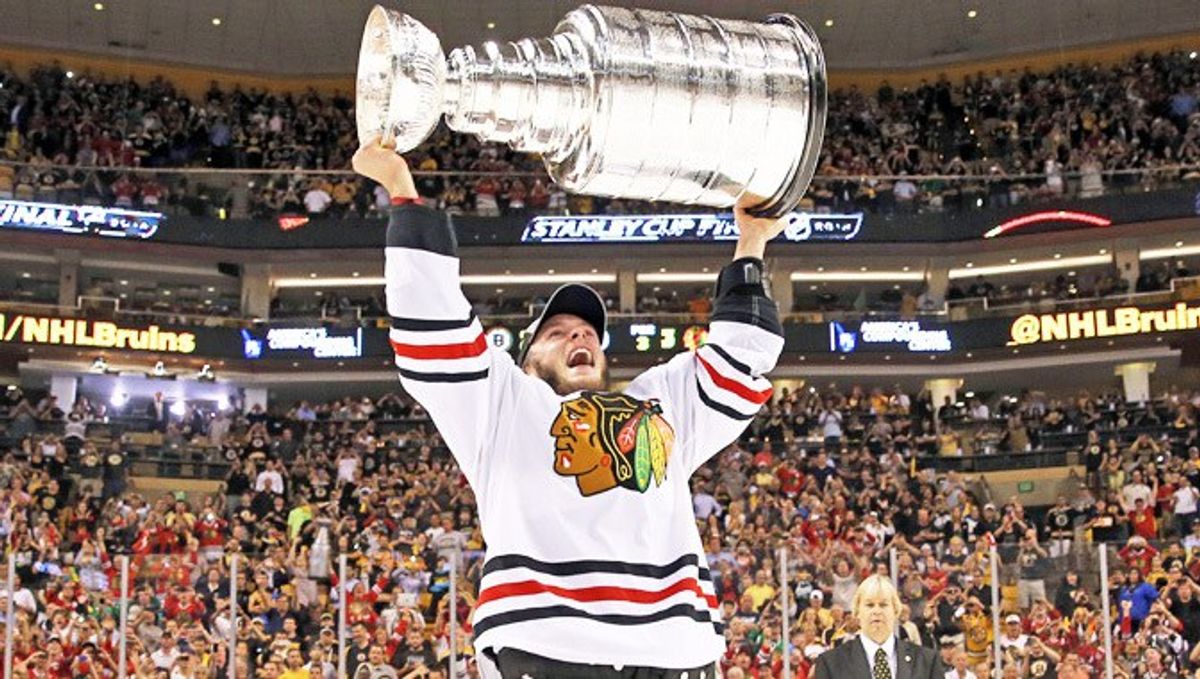 Hockey is often overshadowed by other sports like football or baseball, but even the most casual of hockey fans will tell you it is a blast to watch. If you don't already watch hockey, here are some reasons why you should do that immediately.

Did you know that there are only 11 minutes of actual game action in an average NFL game? Sure, the plays are hard hitting and exciting, but the plays only last about five seconds. Baseball is even worse. The players stand around most of the game, and when someone does get a hit, the action is very short-lived. Not so in hockey. The play is constantly back-and forth, with very few stoppages of the clock. Everyone is constantly moving because they're on skates. No one is standing around in center field or crouched in a huddle drawing up plays. There's no time for that in hockey.

2. Fights Are A Regularly Occurring Event

Okay, so constantly moving play isn't enough to convince you. What if I said that players fought each other on almost a nightly basis? And I'm not talking about just grabbing each other's jerseys and yelling at each other. I'm talking about an actual brawl. Sure, it does nothing to affect the score of the game, but they're so much fun to watch. Tell me you wouldn't watch more sports if they regularly featured guys punching each other in the face. Exactly. Fights make the experience that much more fun. Because there can never be enough fights, here's a bunch of them.

So maybe raw brutality isn't your taste. Maybe you like baseball because of lack of violence, and that's why you haven't watched hockey; you constantly hear about the fighting and hitting that are so prevalent in hockey. That's a valid concern. But I'll be the first to tell you that there are very eye-pleasing skill moments that happen very often during the course of a hockey game. For example, Alex Ovechkin does something like this almost every game. Here's a pretty Steven Stamkos goal. The point is, hockey isn't an entirely violent sport. The really great scorers can really take your breath away sometimes.

Tired of hearing about players in the NFL being arrested for domestic violence? How about MLB players getting caught using performance-enhancing drugs? Look no further than the NHL. Many players have their own charity organizations or have causes that they are passionate about and help in some way. For example, Philadelphia Flyers left wing Wayne Simmonds does a lot to promote hockey camps in inner-city Philadelphia, and donates significant amounts of time and money to this cause. Teams often support each other in times of crisis, such as the Boston Marathon bombing in 2013. The Buffalo Sabres played the Boston Bruins in Boston a few days after the bombing, and although the Sabres won the game, the entire Sabres team saluted the Boston crowd. Believe me, you won't have any issues supporting these guys.

5. The Fans are Insane and Great

I know I used the phrase "casual hockey fan" earlier, but let's be honest: there is no such thing. If someone genuinely enjoys hockey, they are a die-hard fan. This makes stadium-going an interesting experience. Fans of hockey are louder and more vitriolic than any other sport. Look at these guys in morph suits at a Nashville Predators game. Hockey fans are crazy. But it's kind of like a brother/sisterhood. You learn to love the crazies that root for the same team as you. As for people who root for other teams, well... not so much.

There is nothing in sports as intense as NHL playoffs. Not the Super Bowl. Not the World Series. Those don't even come close. An NHL stadium during the playoffs rocks with more raw emotion than any other arena in sports. Watch this clip of the last three minutes of Game Seven of the Stanley Cup Finals. This is from 2009. I've known how this series ended for the past six years, and I still get chills watching how it ends. But you don't even have to go to the Finals. Here's the first 30 seconds of a game from the First Round a few years ago. Listen to that crowd. Granted, it was a rivalry series (I'll get to that in a minute). But no event in sports compares to the NHL playoffs. The atmosphere is completely indescribable.

How many times are "rivalries" touted as selling points in sports? How often do those "rivalries" live up to the hype? Hockey, unlike those other sports, takes rivalries very seriously. Flyers-Penguins, Bruins-Canadiens, Sharks-Kings, and Blackhawks-Red Wings are just some of the teams with a serious beef between them. This isn't just something made up by the league or taken too far by the fans; these teams really do not like each other. If you want to see a game between teams that can't stand to be in the same building together, let alone play against each other, hockey is the sport for you.

This was originally a gimmick made up by the league to boost revenue, but it's incredible and the fans love it. The concept is simple: take an NHL game outside. Usually taking place in a baseball or football stadium that has an ice hockey rink put in the middle of it, the Classic has been making New Year's Day more fun since 2008. Teams usually unveil special jerseys for the game, but the real appeal of the Classic is hockey returning to its roots. When it snows during the game (which has happened several times over the years), it makes the game that much more magical. If you only watch one hockey game during a season, it should be the Winter Classic.

You didn't really think I'd write an article about hockey without mentioning T.J. Oshie's shootout heroics in Sochi, did you? Of course not. Because that was only memorable thing to come out of the Sochi Olympics. Let's face it: without hockey, the Winter Olympics as a whole would be really forgettable. And while some fans don't like that NHL players can compete in the Olympics, everyone can admit that the games are intense and entertaining to watch. Oh, and hockey Olympic coaches give the best speeches.

Look, I could go on and on with specific reasons why more people should watch hockey. I could pull out statistics or link more videos. But the fact is that hockey is best explained if you just watch it for yourself. Better yet, go to a game sometime. Hockey is one of the view sports where seeing it live is an immersive experience. I've been to a few baseball games before, and I found it was really easy to not pay attention to the game yet not miss anything. Hockey isn't like that. It requires your full attention and energy, but that's what makes it so much fun. The game is exciting, which gets the crowd fired up. The energy from the crowd pushes the players, and they play better and harder. The cycle repeats.

I'm hoping this has made hockey fans out of you all. Now excuse me while I go watch my Flyers lose. AGAIN.