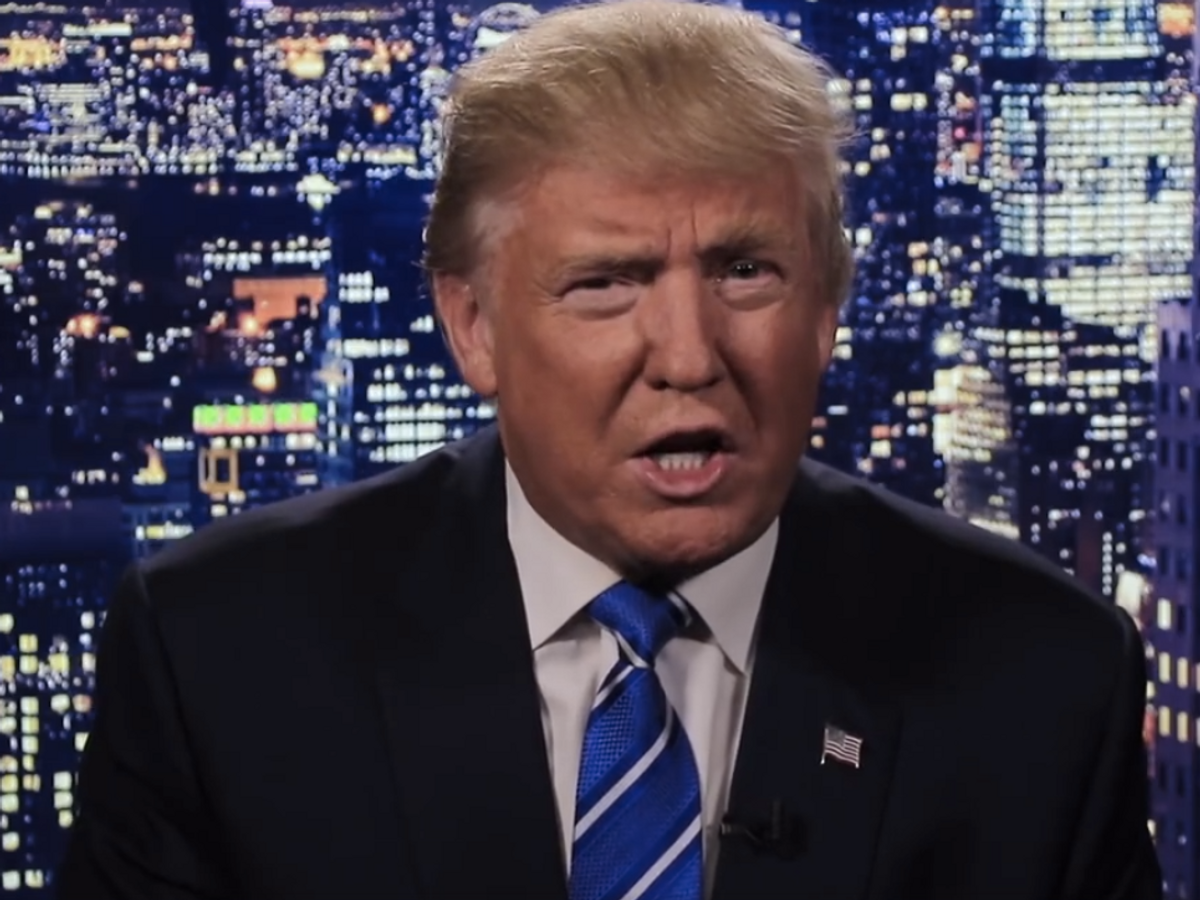 I'm sure by now you've heard the newest Donald Trump scandal all over the news. Whenever you turn on the TV, it's on full display.

"Trump Tape", as they're titling it, is disgusting and horribly offensive. I usually don't get involved with politics, but this news story is much more than that. It is an attack on the dignity of women.

In a 2005 interview with Access Hollywood's Billy Bush, Trump casually makes sexually explicit and aggressive statements regarding his attempts to have an affair with a married woman. Oh and everyone forgets this tidbit: Trump was a newlywed himself! The soundbite of the conversation with Bush is crude and horrendous. Between Trump's uttered words and "boys will be boys" nature of the bus interview, it should offend women and men alike.

The night after the video was released, Donald Trump eventually issued a video statement apology. It was a "sorry I got caught" response. The apology was insincere and blatantly scripted. You could tell that he was reading straight from a teleprompter. One would think that with the role he serves, as a Presidential NOMINEE, it would force him to be more genuine in his apology.

But that wasn't the case.

Many people, often Trump supporters, are arguing the fact that the interview was conducted 11 years ago and it's old. Other defenders are saying that he "made a mistake" and doesn't behave or speak that way now.

I believe those arguments are hugely invalid. Just because this video surfaced from the past doesn't mean that the content should be ignored or buried once again. There have been many instances where Trump has directly disrespected women. They are too numerous to go into! Honestly, it would take all day to list out the offensive slurs he's made against women. If Trump isn't giving out derogatory nicknames to females, he's making rude comments on a Miss Universe contestant's weight. It just never ends with him.

Women not only need, but they deserve an authentic apology from Donald Trump. A video statement or tweet just doesn't cut it. He has a lot of making up to do. Unfortunately, at this point in time, the damage has already been done. It will be difficult, near to impossible, for women to be able to forgive.

I don't think it is in Trump's spirit to admit that he was wrong. He is stuck in his warped ways of thinking to remotely alter his mindset. It's sad period.

However, fellow men can learn from this scandal. They can see the severity and seriousness of what took place. Other men should take Trump's ugly words and pledge to never engage in a similar dialogue.

Here's a little message to men everywhere directly from a woman herself. If you think that it is "funny" to make disrespectful comments about women, reevaluate yourself. Think about the woman who raised you, your mother. Would you say those things in her presence? If you happen to have a sister or a female cousin, would you be okay with it you caught a guy having "locker room banter" with his buddy, regarding her?

Men can initiate change when it comes to society's sexualization of women. First, it's up to men to recognize that Trump's recorded words are never okay to say. They are vulgar and insulting. Then it takes guys to rise above this culture through respecting, valuing, and upholding the dignity of every woman.

Think about who you're impacting when you choose the words you say and the actions you make.

Madison Franz
The Narrative
1117310
Photo by Brooke Cagle on Unsplash

Madison Franz
The Narrative
654263
Photo by Manny Moreno on Unsplash