The Importance Of Listening To Both Sides Of An Argument
Odyssey
CurrentlySwoonLifestyleHealth & WellnessStudent LifeContent InspirationEntertainmentPolitics and ActivismSportsAdulting
About usAdvertiseTermsPrivacyDMCAContact us
® 2023 ODYSSEY
Welcome back
Sign in to comment to your favorite stories, participate in your community and interact with your friends
or
LOG IN WITH FACEBOOK
No account? Create one
Start writing a post
Politics

Choosing to ignore the side of the argument you don't agree with only weakens your own. 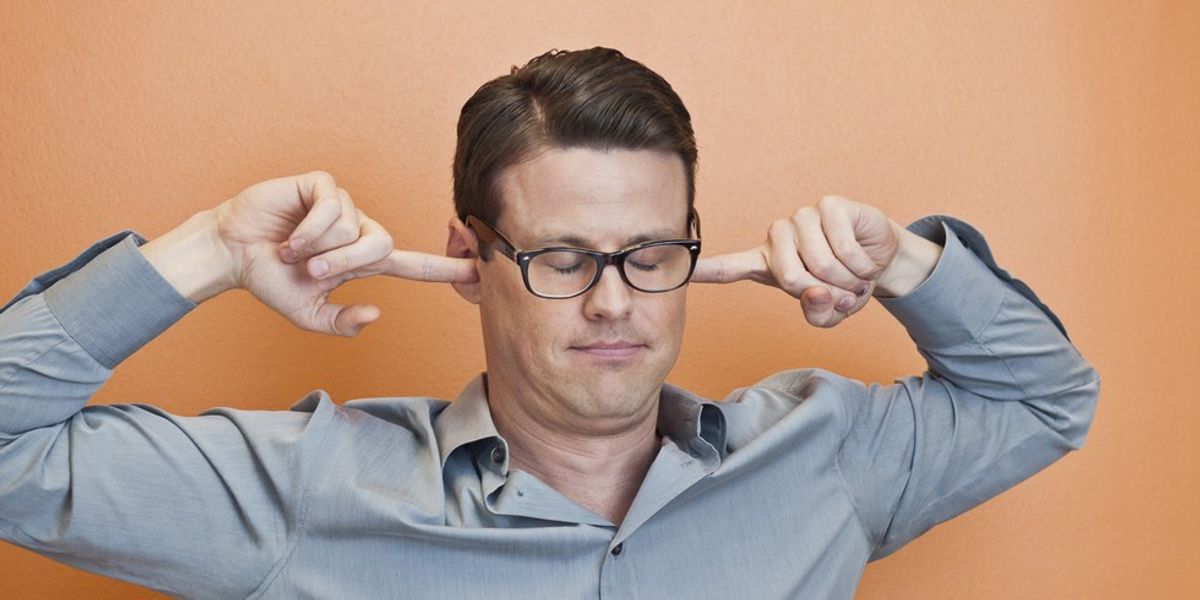 When it comes to arguments I'm passionate about, my automatic reaction in the face of the opposition is to flee. Scroll past it, exit the tab or fast-walk past that mess.

Listening to an opposing side of an argument can be very uncomfortable, especially if it's one that touches on something very personal to you or is being argued in an aggressive manner. Enough to make you not want to look into it at all.

But then why is it important to force yourself to investigate where the opposition is coming from?

I'm biased, you're biased. No need to deny it. But there are times and places it is not necessarily in your best interest to allow your bias to present itself like some flashing neon sign. Depending on the forum in which you're expressing your argument—Twitter, a liberal/conservative news site, your chemistry class—your bias has the power to either garner support from those who already agree with you or earn disdain from those who are already looking for a reason to invalidate whatever it is you're saying.

Obviously that's a problem. You want to be taken seriously. Even in satirical argumentative pieces, I would venture to think there's at least some small hope that the audience will extract some morsel of truth from what may otherwise just consider itself a humor piece.

When it comes to these issues that you feel passionate about, if you want to be taken seriously you need to be informed on both sides of the issue, or the gray area in-between if relevant. That doesn't mean you need to Google every news piece commenting on whether trigger warnings should be implemented in university classrooms or not, but it's a good idea to figure out the primary points being expressed from each side.

It Can Strengthen Your Argument

Or it may lead you to modifying your argument some, either because you've realized you weren't expressing something clearly enough, or you weren't aware of all the facts.

The danger of reading extremely biased articles, or listening to a biased speaker, is the chance of being fed misinformation. Unfortunately, not everyone is honorable enough to not use whatever mischievous tactic they can to get others to follow them.

Furthermore, if this did happen and you went on to cite their misinformation to support your own argument, it would lessen your credibility as well as reassert the unreliability of theirs. This is only if the source isn't trying to address both sides themselves. They, as well as you, don't need to agree with both sides or remain objective in their stance on the matter, but cherry-picking things that only work to strengthen your side of the argument can actually hurt it.

However, if you read rebuttals, or listen to people who have just as much stock in their oppositional argument that you have in yours, you can gain new perspective. You can see where the opposition is coming from and modify it to strengthen your own argument in a way that can better address your points.

Once you take the time to assess the points of people who think differently than you, if you decide afterwards that you're still satisfied with your argument as it is, the information is still useful. An instance could occur where someone tries to criticize you for not knowing what you're talking about, and if they do, then you'll be able to say that you have actually read up on both sides of the argument and/or other resources, and therefore do know what you're talking about. Depending on the person, they may not care much, but forcing yourself to still pay attention to that information does matter.

Facing the Discomfort Will Become Easier

There may be times you're not in the right head-space to face the nay-sayers, the "haters," or any other name for the opposition. Not every person asserting their argument online or even in person does so respectfully—and I use "respectfully" loosely in this case, meaning no death threats, slurs or other personal attacks.

There are days I may post something controversial online, or text someone something that I'm not sure how they'll react to, and afterward decide to wait some time before looking at any replies. Maybe you've had a long day and don't want to face any trolls who have replied to your tweet about feminism or the 2016 presidential election.

We've all been there—sometimes we need to take a breather. Letting yourself decompress might actually save you from responding to them in an aggressive or angry way that you'll regret later on. I mean, you won't always regret it, but especially if this is an offline deal, not every response can be edited or deleted.

Arguments aren't just one-sided, as much as we might sometimes wish they were. If they were only made up of one side, it would be so much easier to win. But such is life, and facing perspectives different from your own is a part of that; even if you feel other perspectives are harmful and perpetuate hateful ideals that you can't even try to understand on a personal level.

You can hope that everyone will come to see things the way you do, but until then, give 'em hell by proving that you've got the knowledge to back yourself up and rid them of any leverage they might have been prepared to place on your assumed ignorance.