Why I Love The Olympics 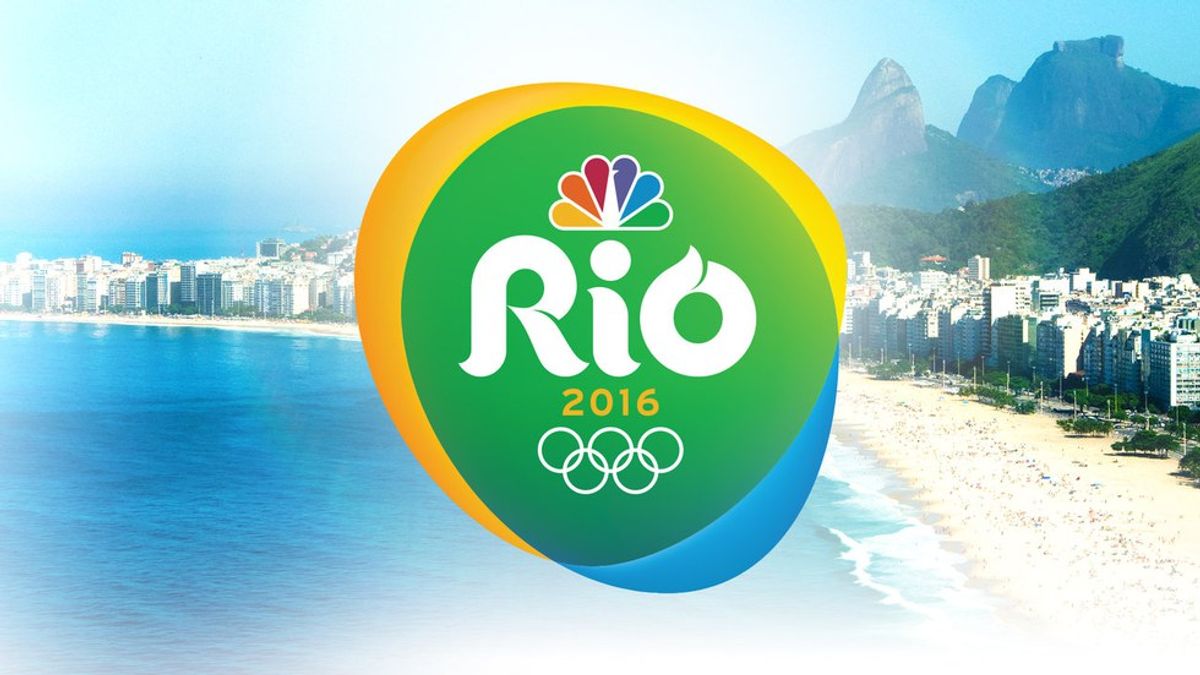 USA has already managed to obtain 19 medals and many events are under our belt for the 2016 Olympics in Rio. I have been watching nearly every event I can, toggling between every NBC channel possible.

I have watched every Olympics like this, winter or summer since I can first remember. Truth is, I LOVE the Olympics! Summer Olympics is one of my favorites... gymnastics & swimming are thrilling to watch. As a previous volleyball player, of course I look forward to every volleyball match, beach or indoor, men's or women's. But it isn't just the sports that I love.

Every Olympics, there are so many inspiring stories. Athletes who have overcome adversity, whether it be extreme poverty, injury or loss. This year is no different.

On the field, the US women's soccer team dominates. Consistently one of the best, if not THE best team in the world, you would think these women would be some of the most well respected athletes in America. However, they are paid significantly less than the men's soccer team, in fact they are paid less than half what the men are for a win. These women haven't let that go lightly, as they constantly and publicly try to break that glass ceiling. Watch them as they battle for a gold medal to become the undisputed best women's soccer team in the world, but also battle for equal pay, out on that olympic field this year.

Okasana Chusotvina, the world's oldest gymnastics competitor, is 41 years old. She doesn't let her age get the best of her, she recently qualified to go to finals for vault and hopes to show everyone she is just as good as those young girls. This is her seventh olympics, unheard of in the gymnastics world. Who says over 40 is over the hill? Not Okasana!

Ibtihaj Muhammad, an fencer, is the first American athlete to compete wearing a hijab. Always a fan of sport, Ibtihaj found it difficult to compete while wearing her hijab and following her religious beliefs. Finally, she fell upon the sport fencing, which allowed her to stay completely covered and compete at the same time, something which was very important to her. She stated that her goal during this olympics was to break down stereotypes that muslim women do not have a voice. She explains that it is a common misconception both out of, and in, the muslim community that muslim women cannot compete in sport. She strives to prove muslim women can be just as competitive as anyone else. Religious freedom, for the win.

Yusra Mardini is arguably one of the most inspiring olympians this time around. Part of the first ever refugee team, Yusra might not even be alive if it wasn't for her swimming talents. Recently traveling through Lebanon and Turkey while fleeing her home country, Syria, Yusra led 18 people to safety when her boat broke down. Her and her sister swam the entire boat to safety, landing on the shore of Greece.

These are just a few of the amazing stories these athletes who are competing for countries around the world. And although these stories are great, there is something else even greater that makes me love the Olympics.

I know, I know. It is such a clique, but it cannot be overlooked. It may only last 14 days, but for those 14 days, people come together from all over the world in the spirit of sport and put aside their political, cultural and social differences. In the Olympic village, people befriend people from all over the world. And despite everyone competing in a different way, as long as there are gold medals being passed around, there is peace around the world. And that, is the single greatest thing about the Olympics.