Why I'm A College Student Who Voted For Donald Trump
Odyssey

Why I'm A College Student Who Voted For Donald Trump 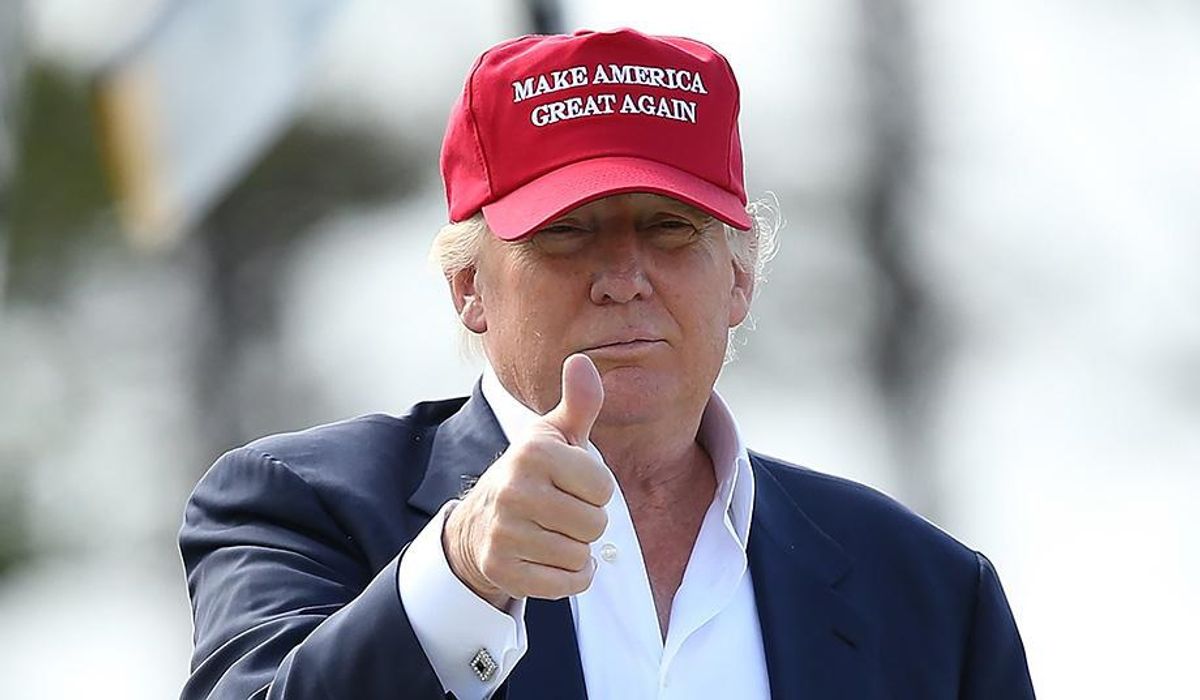 Before you start your rude comments and hate, please hear me out. There is no question that there has never been an election quite like the presidential election of 2016. Some people didn't vote at all because they didn't want to choose the lesser of two evils. However, I don’t think this is the right way to go. Voting is one of America’s best freedoms and I believe we should always exercise it. In the 2016 election, I chose to exercise my right and vote for Donald Trump. Here are 10 reasons why.

I’m a sophomore in college and most of the people I meet are still Bernie supporters. They love the idea of no more student loans. But let’s get real, nothing is free. You can argue that other countries have free college, but take a closer look, it isn’t actually free: taxpayers still end up absorbing the costs. I agree with Donald Trump, it’s OK for me to pay for my own college. The harder I work, the more affordable my tuition becomes.

2. The American Dream will stay alive.

The definition of the American Dream by James Truslow Adams is very important to me, “Life should be better and richer and fuller for everyone with opportunity for each according to ability or achievement, regardless of social class or race.” There are winners and there are losers, but in any case, it is impossible for everyone to win all the time. We are migrating toward a world where everyone wins a participation ribbon and this serves to lessen the meaning of our triumphs no matter how large or small. The American Dream is achievable according to a person’s ability and achievement. Donald Trump has accomplished this himself and will keep it alive as president.

Donald Trump is a business man, there is no doubt about it. He’s had his failures but from those, he got back up and continued to chase after what he wanted. The Grand Hyatt Hotel, Trump Tower, Wollman Rink, 40 Wall Street, Trump Place, The Apprentice and the Trump International Tower Chicago have all been very successful investments for Donald Trump. His list of accomplishments and successes” trumps” his list of failures.

4. Aren't you tired of politicians?

America is tired of lying, scheming and lazy politicians. It's nice to have someone in office who isn’t going to lie to us, has real plans and will actually change something in the White House for the better.

There’s no question that Donald Trump stands up for what he believes in.

His own wife is a legal immigrant, he doesn’t have a problem with legal immigrants. His problem is with illegal immigrants. Illegal immigrants are a nightmare for America. They take advantage of all the United States has to offer while not paying taxes. The U.S/Mexico border is an open war zone, the list could go on and on. Donald Trump has a plan and a good one to stop these problems.

Donald Trump didn't rely on donors to fund his campaign. He did it himself and he remained strong to the very end. He doesn't have any political favors to repay now that he's president.

8. Hillary and Bernie just weren't the right people for the job.

An overwhelming amount of Americans think Hillary is a liar. Would you want someone that you believe has knowingly lied to you countless times as the president?

Bernie is a nice guy, but America should stay as far away from anything close to socialism as possible.

The next president is going to appoint new judges and we need to remember our checks and balances. If Hillary or Bernie were to appoint the new judges, the Supreme Court would suddenly become extremely liberal and unbalanced. Donald Trump is the one for this job.

We live in the land of the free and the home of brave. Let’s stick to our roots and make America great again with Donald Trump by our side.

Caitlin Marie Grimes
University of South Florida
9257
Beyond The States