5 Reasons Why Voting Third Party Is Not A Wasted Vote

5 Reasons Why Voting Third Party Is Not A Wasted Vote 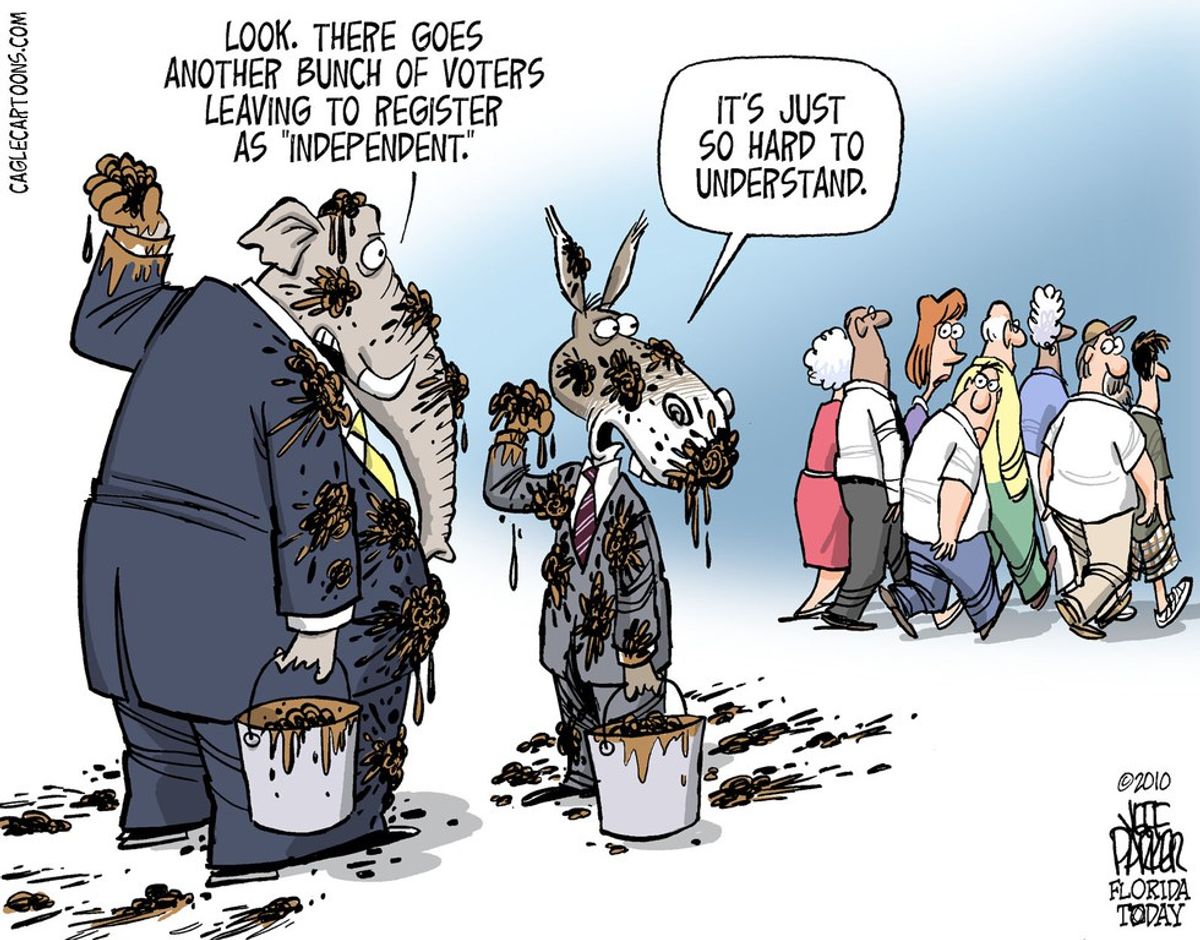 This November will be my first election that I can vote in, and I’ve already got my candidate picked out.

I’m not a Trump supporter, I’m not vying for Hillary, and I’m definitely not “feeling the Bern” (which, by the way, is a tagline that really just makes me think of a bad UTI). I’m supporting a third party candidate.

Ultimately, the response that I get when I tell others I’m voting third party is that I’m “wasting” my vote. To all my third party friends who are getting the same backlash: don’t listen to them. You’re vote isn’t wasted, and I’m about to tell you why.

To all my political bullies: you’re wrong, and I’m about to tell you why.

A good friend of mine once told me this, and it’s my go-to response for anyone trying to tell me my vote is a waste. If you want to vote for Trump because you truly believe he’s good for this country, you go right on ahead. Vote with confidence and vigor, as all Americans should. But don’t vote for Trump just because you “don’t really like him but he’s better than Hillary.” Think of it this way: Voldemort and Dolores Umbridge are running for president. Voting for Trump because you don’t like Hillary is essentially voting for Voldemort because you don’t like Umbridge. Congratulations, you just voted to become a Death Eater and watch the world burn. You really don’t have to do that though, because conveniently Dumbledore is running as a third party candidate, and would voting for Dumbledore be a wasted vote?

2. A vote for a candidate you believe in is never wasted.

Back up to point number one, when I said if you’re voting for Trump because you believe in him then it’s okay. A little anecdote: when I was fourteen and learning about government (shoutout to the lovely Ms. Mion of Northside High School) I promised my future self I would always vote. Lots of people around the world would kill for my right to vote (and do) and I promised 18-year-old me that no matter what I believed I would still vote. And I don’t do anything half-assed. The point is this: even if the government is horrendously corrupted, and the Electoral College will probably screw you over in the end, take advantage of your right to vote and do it with some class. Do your research, find a candidate that, if they won, you think would change the country for the better. Vote for them. At the end of the day you can sleep soundly knowing you took advantage of the right that our forefathers fought so bravely for. You go to church because you believe it’s good for you, you eat your vegetables because you believe they’re good for you-- why not vote for a candidate because you believe they’re good for everyone?

3. You may have more in common with a third party candidate than you think.

My candidate of choice (and I promise I’ll reveal him later, for those of you who haven’t read my articles before) once said he started running to get people talking. The more we talk about the third party candidates, the more we find out that we stand together on many of the same issues. Libertarians, for example, are fiscal conservatives, social liberals, and non-interventionists. The Georgia Libertarian party tagline is “Smaller government. Less taxes. More freedom.” Who can’t get behind that?

4. Vote third party and bring down the power Democrats and Republicans hold over everyone.

Let’s face it: the candidates for both parties this election are, in a word, dreadful. Sure there’s Bernie and Trump, who can do no wrong among their staunch supporters, but the fact is that they’re both extremists. And the Electoral College doesn’t like voting for extremists. Then there’s Hillary, Cruz, Carson, and Kasich—the more watered-down counterparts of Trump and Bernie. The beauty of voting third party is that when more people do it, the party will win more and more of the popular vote. In the future, third-party candidates could be allowed to debate alongside partisan politicians, and get just as much recognition as the democrats and republicans. And for the voters that means more choices. Say goodbye to the annoying “I hate all of the candidates” posts. Say goodbye to having your vote dictated for you. *happy dance*

5. How dare you tell me I’m wasting my vote?

This last point is frankly just about human decency. Let’s just reflect for a moment on how you’d feel if I told you that your vote was a waste. Let’s think about how ugly it sounds to tell someone that they shouldn’t vote for a candidate they support because “they’re never going to win anyway.” Those who truly believe a third party candidate will never get elected are the reason for two horribly corrupted parties. And anyway, who are you to say if my vote “counts” or not? I don’t see you in the Electoral College.

So folks, go on and vote for whomever you want, because if you truly support them then no vote is wasted. And please remember be kind to your fellow voters, they’re exercising their rights just like you—and it totally counts.

Oh yeah, the guy I’m supporting? Gary Johnson. Stay tuned for an article next week on Gary’s stance on “the issues.” In the mean time, here’s one to tide you over.