Why I Decided To Make a Career Change
Odyssey
CurrentlySwoonLifestyleHealth & WellnessStudent LifeContent InspirationEntertainmentPolitics and ActivismSportsAdulting
About usAdvertiseTermsPrivacyDMCAContact us
® 2023 ODYSSEY
Welcome back
Sign in to comment to your favorite stories, participate in your community and interact with your friends
or
LOG IN WITH FACEBOOK
No account? Create one
Start writing a post
Health and Wellness

Why I Decided To Make a Career Change

It's not always as easy as it looks. 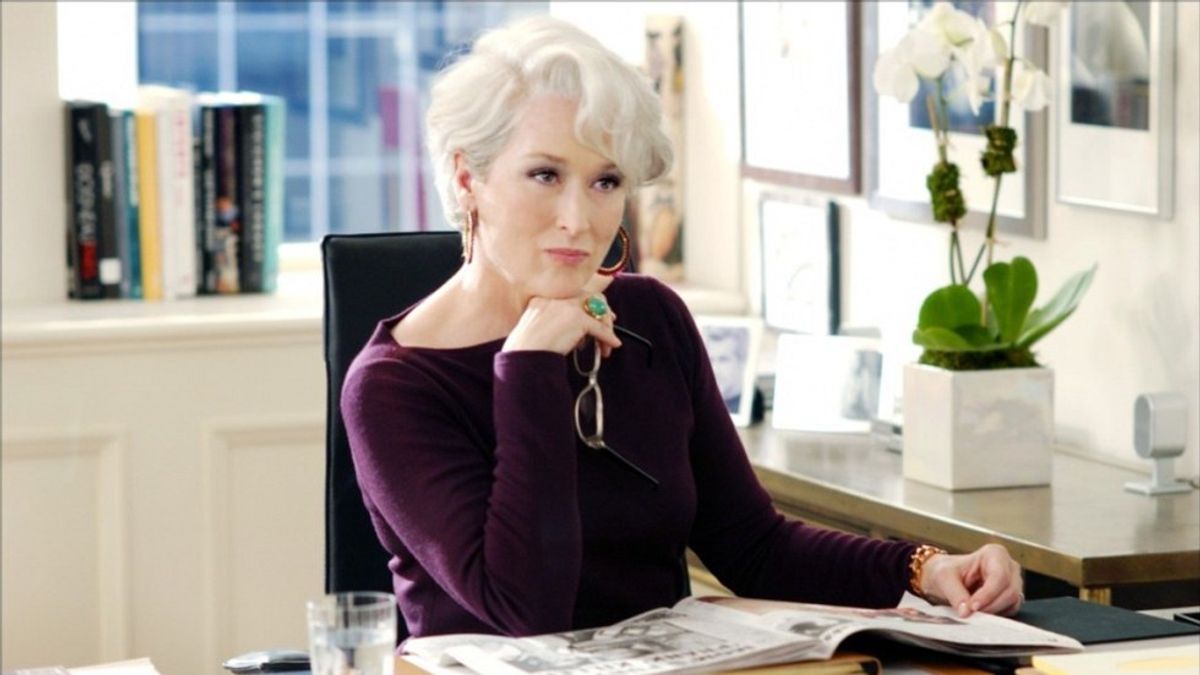 Out of all of the things I was planning to do in the future, a career change seemed like one of those goals that was just out of reach. A nice idea, if you will. I could hardly imagine that I was going to fall into the position to make such a drastic move. But before I knew what was happening, I was already giving my notice to my job that has been my safe haven for six years. This is my story.

I had been working for a lingerie giant since I moved out to California back in 2010. I had the world at my fingertips. It really just started as a part time gig, just to have some extra spending money. I fell into a living situation that I knew I couldn’t keep for very long, coupled with dealing with my mother and her personal issues; I decided that moving back home to Michigan was the best route for me. And this particular job, well it was flexible and allowed transfers, so I figured I’d take it with me. I wasn’t honestly planning on keeping it for more than two years, tops. It was early September and I still had plenty of time to get into school and continue my education.

I have never known a Christmas quite like a retail Christmas, let me tell you. From the beginning of October all the way until the Second week of January, you are on a lock down of sorts. People everywhere! The rush is unlike anything else and if you are a true people person, the hours don’t seem to matter as much.

School seemed to slip farther away, but that was okay for the time being. Holiday was in full swing and I was in line to get a promotion!

The train was now leaving the station.

Next thing I knew it was three years later and I have made my way up the retail ladder. I was in charge of a staff of over eighty people at one point, ensuring that all of the motions were seamless. I enjoyed spending time with my customer too. I had met a guy within the first couple weeks of my arriving back in the state and we have all but made our relationship long term. I had a roof over my head, food in the fridge, and a really out of whack schedule that at the time didn’t seem so bad.

It is now 2014 and I have moved in the dead center of the holiday season to a new store which had outlandish external theft. My first night closing there was quite eventful. I had a line out the door, customers asking about all sorts of coupons, and people shouting at me that I needed to head to the front. Mind you, I have a weird anxiety about things of this nature. I somehow take a deep breath, put a smile on and handle the situation, but dealing with someone trying to steal an entire table of clothing isn’t exactly one’s favorite cup of tea. After talking with the police and the good samaritans, I went back to business, promptly apologizing to my active customer and getting the line down. I remember we didn’t leave til about 1:30 that morning. The store was an utter mess.

I received two more promotions within the next year and a half, before that acting as a traveling manager to help out our district of sister stores when needed. My schedule was primarily closing shifts and one opening, but I thought to myself, hey, I’m young. What harm can it cause?

We have finally made it to 2016. I have just completed my last day on the 21st. I had a hard time focusing on a two hour processing box on the sales floor, but that’s to be expected.

Don’t ever tell yourself you will stay focused on your very last day anywhere, you’d be lying.

I saw a post from a friend inquiring about an available position at her place of employment at a bank. A complete and utter 180 to what I was currently doing. I worked in retail management. I was opening one day, closing the next, then expected to open the following day. I had a great working family, some vacation time still banked up, and a great personal clientele that would regularly visit me.

But something deep down wasn’t right, I knew that I needed to make a change two years ago, but I kept getting swept up in the motions.

Retail is a beast in its own right. It’s not a bad thing, nor is it a good thing. It honestly takes a special kind of person to stick it out so long and I knew I was more than capable for the job. When I gave my notice, a lot of people were very surprised, one person even saying “When I think of you, I think of this place.” That gave me pause. I didn’t honestly realize that I had become so engrained into this small building that people would associate my name with this company. I thought back to when I first transferred, having plans for school and ambitions of a whole other life path.

I smiled to myself, wondering what in the world took me so long. I decided to make the change for myself, as anyone should. I have never been one to let people talk me out of a decision, especially when it comes to business or my well-being. It took me a while, but I was finally ready to let go of this place. I was ready to spread my wings and fly.

I now am a believer of when people say, “the timing was right.”

I am off to the world of banking now, which in reality is a huge change from my fast paced life of retail. You can never predict your day and I never realized how much of an emotional toll that took on me. I can tell you in the two days since I have left my keys in the safe, I have never felt more calm. I feel like I can breathe again. It has nothing to do with the business itself, but it has to do with what I was willing to put into the business. And that was a lot. I gave my entire heart, soul, and time to this establishment for six years and I wouldn’t trade that period of time for anything. But I know that I am onto bigger and better things.

I am sure though, people will still ask me advice about the products that we sell, and I will quickly jump into action. And I am totally okay with that.