Why I Am Choosing Not To Vote
Odyssey

Why I Am Choosing Not To Vote

We are a Democratic Society, thats having to force to evolve into something we arent. 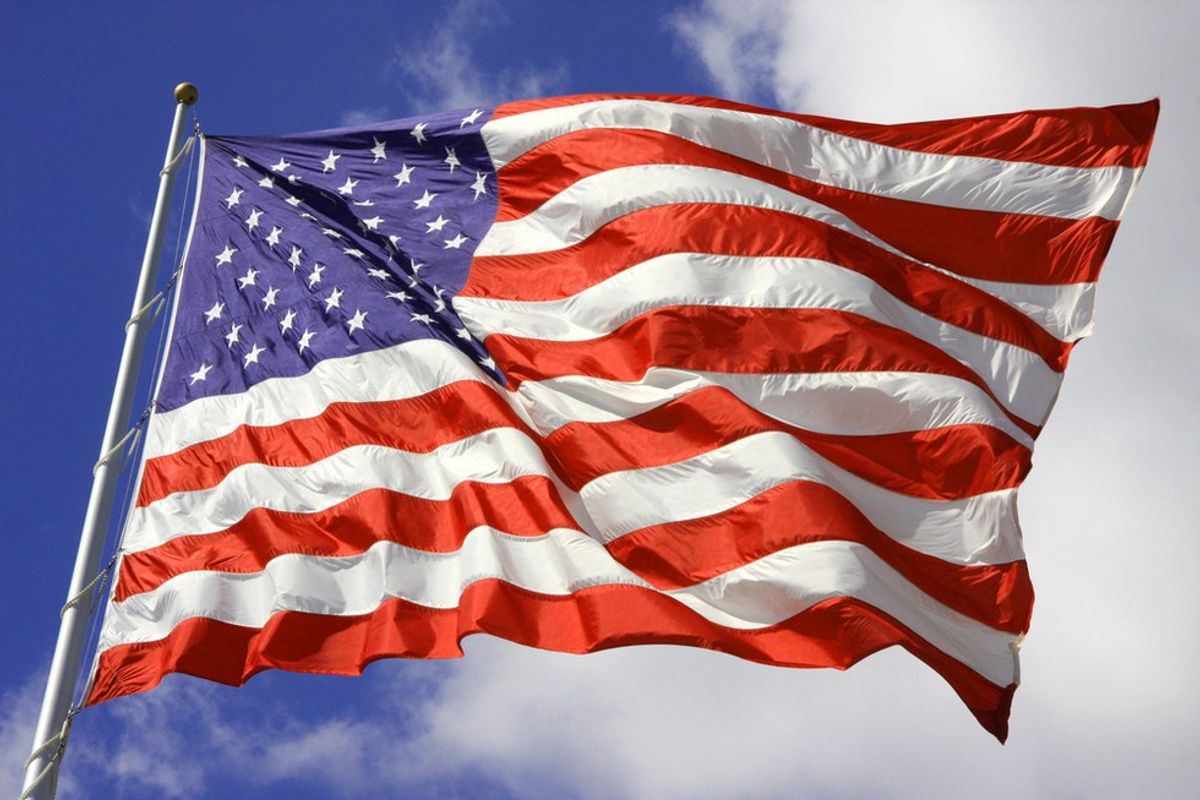 If you’re 18 or older, you’ve probably felt the pressure to “exercise your right to vote." It comes from our university and every media outlet. From Donald Trump or Hillary Clinton showing up on my Facebook newsfeed demanding I take part in democracy, to the posters plastered everywhere on lawns telling me to vote for this person or that person the message is clear — voting is my right and, by not exercising it, I put to shame to what it means to be an American.

That being said, I’m not voting.

Before you close your browser window in disgust, hear me out. I’m not an apathetic young adult who doesn’t care who’s running the country. I’m an informed individual who thinks changing the system by working within it accomplishes nothing.

My Name is Madeline, I am almost 20 years old and an Agriculture Education major. When I was younger I wanted to be in politics and be an ambassador or even work in the capitol. This election year will be the first time that I will be able to vote in a huge election like this. I know that this is a very controversial article/letter, and I also know that I will possibly get criticized for writing this and I completely okay with that. This article needs to be written because many young adults from my generation are having this issue of deciding on who to vote for. However I am choosing not to vote this year in this very important election. Why must you ask? Well in my personal opinion, you all have many pros, but also a lot of cons. I have been following each one of your campaigns since they have started, for me to decide which is best suited to run our country. In the beginning I was set on voting for one person who I thought was a very good candidate, being in the great state of Texas most states classify us as a republican and in fact the person I was routing for is a republican. However now that he has dropped out, I had to look at the others and see other views.

Reading article after article, watching many of the debates, follow how they show themselves on social media and their views on everything and I am honestly disappointed in the crop that I have to choose from for a first time voter. Here are the reasons why I am not voting, I will be showing each one of you the reason.

Take strategic voting — what happened to voting for someone who represented your beliefs? We’re willing to mess with an already broken system just to see one man gone. Our willingness to resort to strategic voting proves there’s something wrong with the system. We act as if some nefarious supervillain threatened this country with nuclear weapons and forced us to place Obama in power. The truth is that we voted him in using the same system.

Also take a look at the issues that have dominated this election season: The rallies that cause up roars and fights, the socialism and all of the broken laws and horrible judgement. The politics are of fear, misinformation and superficiality reign supreme. Thoughtful political discourse is missing in the current political landscape because the system prefers sensationalism. How are voters supposed to decide when presented with candidates that are caricatures of themselves and have policies that can be summed up in a few paragraphs about each one?

You have someone who owns a billion dollar company, that out lashes at anyone and everyone who does something that he doesn’t like and changes his answers all the time just to suit the voters. That very hypocritical. Yes you are very successful in your endeavors, know many political powers, and a great negotiator. You’re a wild card, no one expected for you to run but here you are. However in my personal opinion, you’re very inexperienced. Yes you may have relations with other countries, a great negotiator, and know how to run a business… However you don’t know anything about politics, you haven’t been in the political world. It’s completely different than the business world, and in the political world image is key. You sir might have all the hype of being Donald Trump, however you haven’t been having a good image… Between being classified as a raciest with what you are proposing to others at your rallies (I will get on that topic in a minute) then when someone calls you out you don’t own up to what you said. Sometimes you act childish and immature, and try to put the blame on others. Come on!! GROW A PAIR and let what the critics or other candidates say roll off your back. You will never achieve anything if you fight fire with fire.

Then you have someone who is well known in the political world… She was a first lady, Secretary of state, and now she is running for presidency. She has the pull of being a woman, the first woman to run for being president. However she has many amazing qualities that qualifies, she is very well knowledgeable, have been in politics since the beginning of her adult hood she has experience in this field. However every person has their faults…. What makes me not want to choose her to become the ruler of the free country is the fact of her term as secretary of state.

The many horrible choices that she chose to do between the assassination of a few of the ambassadors and attacks overseas. There is also the whole email situation… particularly in recent years, about what constitutes “private email” that does not fall under the purview of these regulations, but such details are irrelevant here, because Clinton apparently did not transfer any of the communications from her private account for preservation. To maintain that that is above-board, one also must maintain that Clinton did not send a single work-related email in four years as America’s top diplomat. Which we know is false. So she has been breaking laws not only with the whole private emails but with the others things as well. Hey if you want to vote for someone who is going to turn our nation into something worse off than it’s your choice.

Now we have the person who claims he is a democrat, should have ran as an independent with his ideas of socialism. I’m not going to go too hard on Sanders since it’s rumored that he is going to be teaming up with Clinton pretty soon. He has gotten the votes and attention of the younger crowds because the idea of everyone equal and then he is also an ideological purist which means he spits out things and won’t go through with them. He has many great ideas especially about college! However he won’t go through with it. Now to the experience, yes he has some but not a lot. Have you even heard of Bernie Sanders until he started running? I know I haven’t.

If 80 per cent of the population decided they wouldn’t take part in a democratic farce, government would have to look at reform. It sounds like a dream, but all it requires is that people stop pretending democracy works in this country. We have the right to vote and not voting is an exercise of that right as well. Citizen education, electoral reform and political revolution is necessary in order to unite this country and break free of ideologies, class, religion and race. If you think these 3 people should be the president of our great country, then enjoy the thrill of filling out a ballot. But if you think your voice is worth more than just a slip of paper, then educate yourself, start a movement, demand change and opt out of the circus.

This whole article is in my personal opinion. Not opinions of others, and not trying to peruse others into not voting. I’m just voicing my reasons of not voting.